A wildflower has been rediscovered on the Isle of Man for the first time in more than 140 years.

Skullcaps were found on marshy grassland, known as a garee, on a dairy farm in the south of the island. It is the first time a native example has been found on the island since 1880, the Manx Wildlife Trust said. 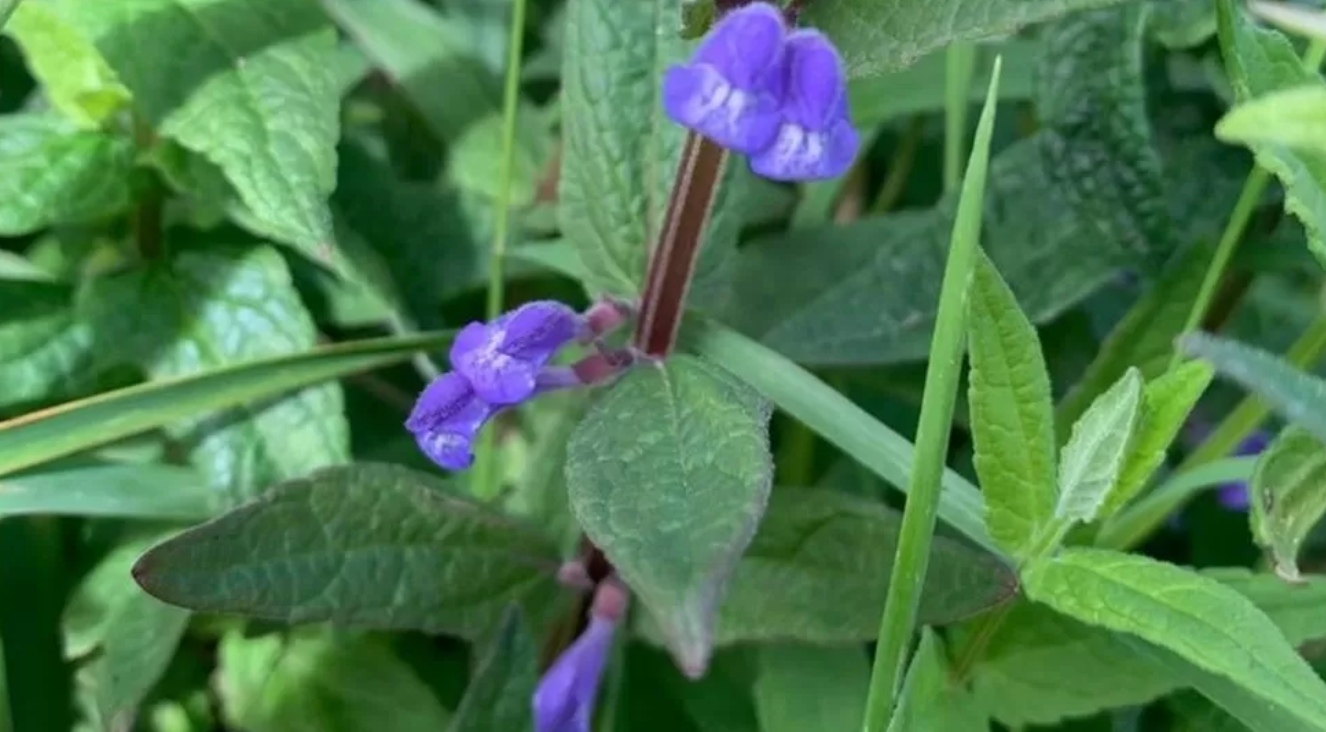 The flowers were found growing in marshy grassland on a dairy farm (David Bellamy).

The plant, which has the scientific name Scutellaria galericulata, has tube-like blue flowers of about 1.5 cm. A perennial member of the mint family, it was discovered by the trust's agri-environment officer David Bellamy while on a farm visit on 4 July.

Botanical records on the island show the wildflower has only been identified twice, once in 1832 and again in 1880, both in the Scarlett area in the south of the island. It was also found growing in a garden in Onchan in the 1940s; however, those plants was not classed as native as they had been imported in soil.

Mr Bellamy said the "important rediscovery" illustrated how important farmland habitats were to Manx biodiversity. "The continued cattle grazing of our garees is vitally important for rare wildflowers. Without grazing these areas quickly get overtaken by sallies, brambles and gorse, stopping rare wildflowers from flourishing," he added.

Botanist Andree Dubbeldam, who identified the Skullcap, said the plant was "clearly native to the site where it is abundant over about 100m2 of very wet, cattle-grazed marsh". He said: "Our recent review of Manx wildflowers has found that 45 species of native plant have gone extinct since botanical recording began ... so this exciting rediscovery is very welcome news."

The review, which is yet to be published in full, found that 41% of the 500 wild plants found on the island were of conservation concern.