BirdWatch Ireland's Project Lapwing is calling for the public's help to collect breeding Northern Lapwing records from around the country.

The survey, funded by Ireland's Department of Agriculture, Food and the Marine and hosted by the National Biodiversity Data Centre on its web platform, will be collecting observations of breeding Northern Lapwings from around Ireland. The species, which is colloquially known as Peewit or Green Plover, is in trouble in Ireland, having suffered huge declines in breeding numbers over the past decades. 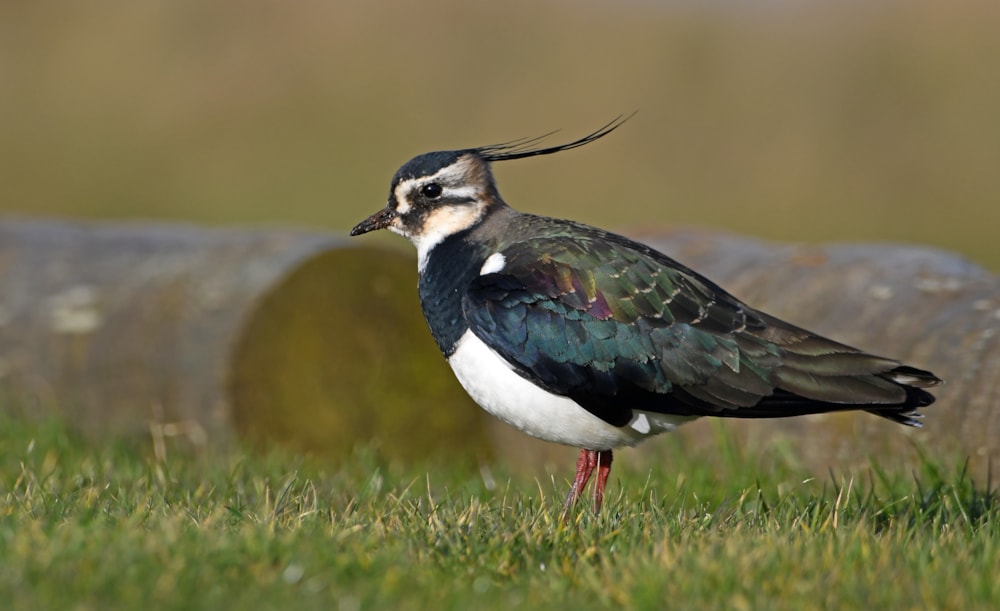 Declines in breeding Northern Lapwing mirror those experienced by other ground nesting species, such as Eurasian Curlew, the dwindling status of which has been well documented. The most recent nationwide study, part of Bird Atlas 2007-11, reported a 53 per cent decrease in its breeding range in Ireland in the last 40 years, while numbers at previous strongholds such as the Shannon Callows have declined by more than 80 per cent in recent decades.

Project Lapwing coordinator Ricky Whelan said: "It's possible to see huge lapwing flocks in winter time in Ireland, which gives a false impression of their numbers. In fact, breeding pairs are scarce, which is cause for real concern.

"Lapwings are still relatively widespread, however, so we have an opportunity to intervene before they are at the brink of breeding extinction in Ireland, which is where [Eurasian] Curlews now find themselves."

As a result of these serious and ongoing declines, Northern Lapwing is now red-listed on the Birds of Conservation Concern in Ireland list and has been highlighted as a conservation priority in the Government's Prioritised Action Framework 2014-2020.

It's still possible to see large flocks of wintering Northern Lapwings in Ireland, but their summer numbers have dropped dramatically (Malcolm Robertson).

BirdWatch Ireland is therefore appealing for the public's records of breeding lapwings this spring and summer. This will help build a more accurate and updated picture of breeding lapwing numbers and distribution in Ireland and give further insight into the types of farmland habitats in which they are nesting.

BirdWatch Ireland will be running a free Project Lapwing workshop at Lough Boora, Co Offaly, on Tuesday 16 April. This morning workshop aims to get attendees familiar with lapwings, their ecology and breeding behaviour. For more information please email Ricky Whelan.