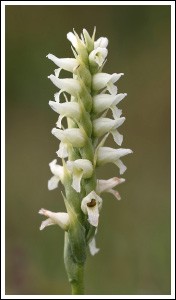 With its spirals of small white flowers resembling the braided hair of a beautiful maiden, the Irish Lady's-tresses (Spiranthes romanzoffiana) is one of Northern Ireland's most eye-catching and rarest plants. It is also one of the most fascinating — first described by a botanist on an expedition to islands off Alaska in the early 1800s, the species is common across North America but, in Europe, restricted to Ireland and western Scotland. It was first discovered in Ireland in 1828, when the species was found near Castletown Bearhaven in County Cork, and only found in Scotland as recently as 1990. The orchid's unusual distribution has spawned theories as to how it arrived in Europe from North America, with either wind-blown dispersal of seeds or being transported by birds the two likely reasons.

First found in Northern Ireland in 1892 (at Brackagh Bog, near Lough Neagh), the species has been found at just a handful of sites around the country since. However exciting news came this late July, when trainee ecologist Anne Guichard found a single specimen of Irish Lady's-tresses growing in the area known as the 'hare field' at the RSPB's Portmore Lough reserve, near Aghalee in southwest County Antrim. Since this discovery, the orchids have been blooming in large numbers at Portmore, with 114 spikes recorded in flower.

Irish Lady's-tresses flourish on wet, grazed meadows which regularly flood, making Portmore Lough and Lough Beg the perfect places to take root. The species is also suspected to prosper from the disturbance caused by grazing animals, with many of the British and Irish sites subject to extensive grazing (Harrap & Harrap 2009). The idea that disturbance by grazing animals may stimulate dormant plants may also apply in the case of Portmore Lough, with introduction of Polish ponies to the site a few years ago likely having played their part in encouraging the plants to bloom.

Portmore Lough warden Amy Burns commented: "We found the plants within the fields we manage for breeding waders. We use a combination of grazing, mowing and sluice gates to hold water on site during April-July. The plants were recorded in areas of predominantly sedge species, short sward height with disturbed areas of ground, mainly poaching by cattle. The depth of peat in the soil may be a factor on our site, as the level of peat decreased from one side of the site to the other, where the orchids weren't found."

"The fields were flooded twice over the winter period, once in October and for an extended period in mid-February and, along with changes in our grazing on site and this year's weather, may have encouraged this plant to flower for the first time this year."

"We were thrilled find this beautiful plant on our site and it just reaffirms that all the management we undertake here benefits a variety of wildlife and plant life. Irish Lady's-tresses are a UK priority species and Northern Ireland has about one-third of the total UK population so it's vital that the places where the orchid is found are protected." 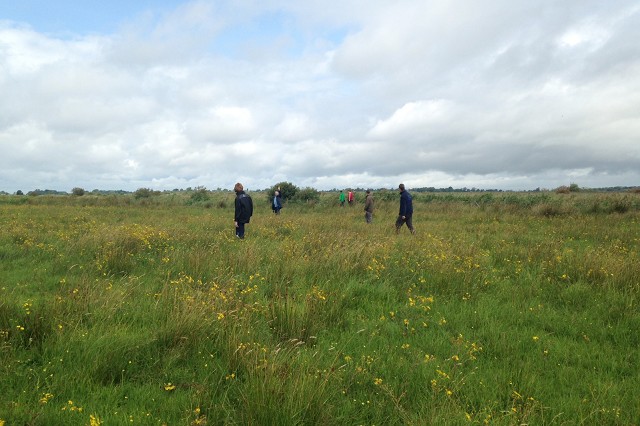 Local reports also suggest that Irish Lady's-tresses has enjoyed a prosperous year elsewhere in Northern Ireland, with the populations along the west side of Lough Beg flowering in good number this summer. Unfortunately, for anyone wishing to see the orchids, they are now at the end of their flowering season.

During summer 2013, Irish Lady's-tresses were discovered on the Scottish isle of Oronsay for the first time, with around 160 spikes found (see this article). The orchid is already known from the adjacent island of Colonsay.