Northumbria Police is appealing for information after two men took a Barn Owl and its nestlings from the wild.

The investigation has been ongoing since the early hours of 27 October after it was reported two men had been seen trespassing at Westmoor Farm, Sunderland. It is understood that the offenders stole an adult Barn Owl and five chicks before making off. 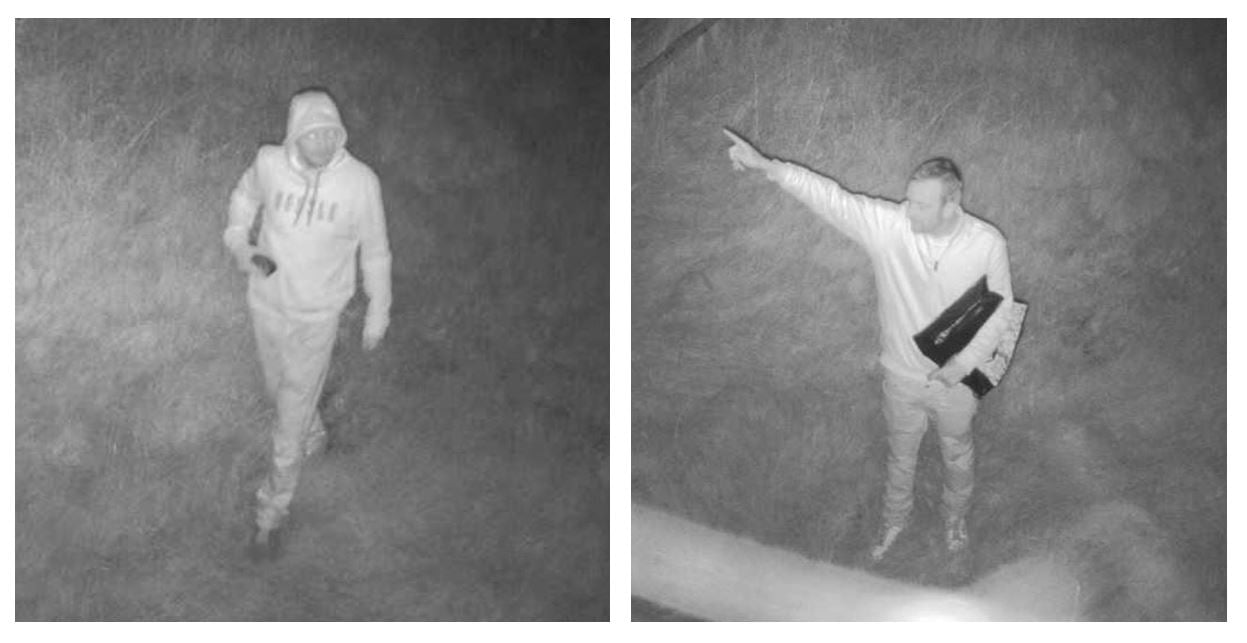 The two men the police would like to identify (Northumbria Police).

Northumbria Police has been carrying out a range of enquiries into the theft, which has caused significant upset. All those targeted are wild birds who are protected by law.

Now, as part of the investigation, images of two men who the police are keen to identify have been released. They were seen in the area at the time of the offence and could have valuable information that could assist with the investigation.

The men, or anyone who recognises them, can contact Northumbria Police by calling 101 quoting log NP-20211027-0182. Alternatively, you can email 3070@northumbria.police.uk.