The discovery by RSPB Scotland staff of a Harlequin ladybird larva in Glasgow confirms for the first time that this non-native beetle is breeding in Scotland. This Asian insect species was deliberately introduced to Western Europe in the 1980s. However, it is now spreading fast and is believed to threaten native wildlife, including other wild ladybirds. Harlequins were first recorded in Britain in 2004, but are already now widespread in the south of England. Only a handful of sightings have ever been recorded in Scotland. Now, the first Scottish Harlequin larva has been discovered right in the centre of Glasgow. 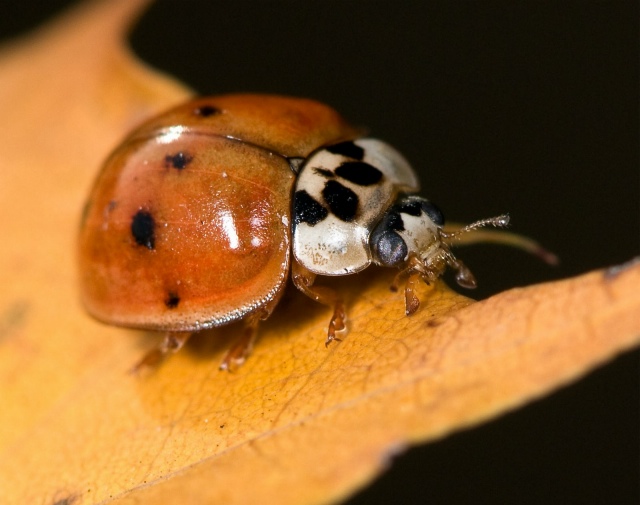 Craig McAdam, Conservation Officer (Scotland) for Buglife — The Invertebrate Conservation Trust, said the discovery was concerning: "The possibility that there is now a breeding population of the Harlequin ladybird in Scotland is extremely worrying. Buglife believes that the issue of invasive species such as the Harlequin ladybird should be taken very seriously. The consequences of inaction on this issue are potentially highly damaging and costly to reverse."

RSPB Scotland employee and keen entomologist Norman Storie found the insect near Kelvingrove Park in the West End of the city: He said: "Ladybirds are fascinating insects, and even in cities it's possible to see a number of different species. I go out most days and see what can be found near our office, and I've been keeping my eye open for Harlequin as it was almost inevitable that one would show up eventually. Now that I've found a larva, I'll be looking even closer for adults in the spring when they're active again."

Although similar to several native species, the most common form of Harlequins in the UK are either orange with 15–21 black spots or black with 2–4 red or orange spots. They are also slightly larger than domestic species. 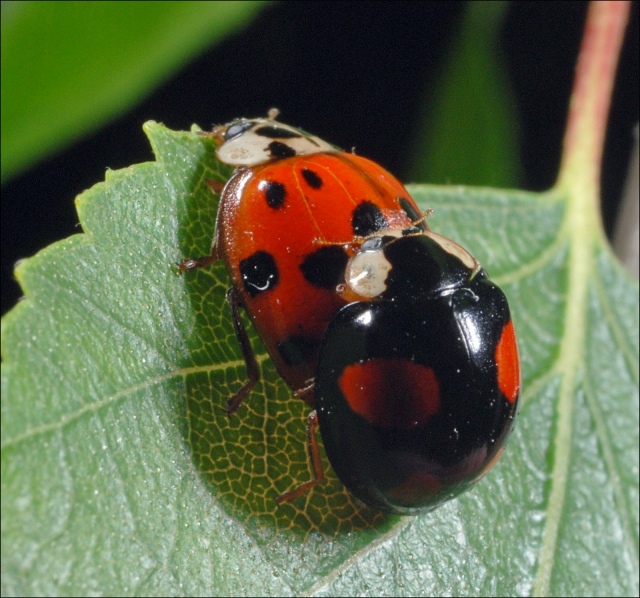 The Harlequin ladybird is native to central Asia, but was introduced to both America and Europe as a form of aphid pest control in the 20th century. Prolific breeders, they are capable of dispersing over wide distances and have the potential to spread very quickly. As a generalist predator, they feed on the larva of other ladybirds, butterfly eggs and other insects, potentially putting a number of British species at risk.

Paul Walton, Head of Habitats and Species for RSPB Scotland, said: "When people move animals and plants around the world and release them, resident wildlife sometimes cannot cope. The Harlequin ladybird is a new predator introduced by people and might have a significant impact on other wild insects. Little that can be done to slow its spread now, but we should see this as a wake-up call. We should all be vigilant to prevent the introduction of damaging species outside their natural range, particularly in lakes, rivers and islands." 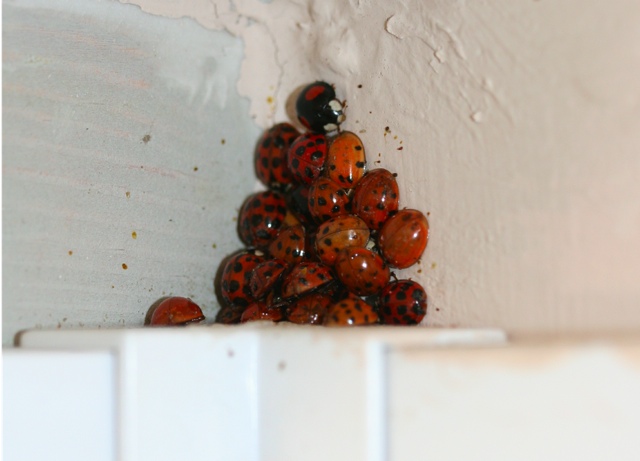