Invasive King Crabs were recently reported to have caught in North Yorkshire, sparking fears for the future of native Brown Crabs and scallops. However, subsequent analysis of the specimens has found them to be the native Norway King Crab Lithodes maja.

Last week, as reported in The Guardian, fishers found their pots heavy with the bright-red species, which is prized for its sweet flesh. London restaurants quickly snapped up the haul for their menus. 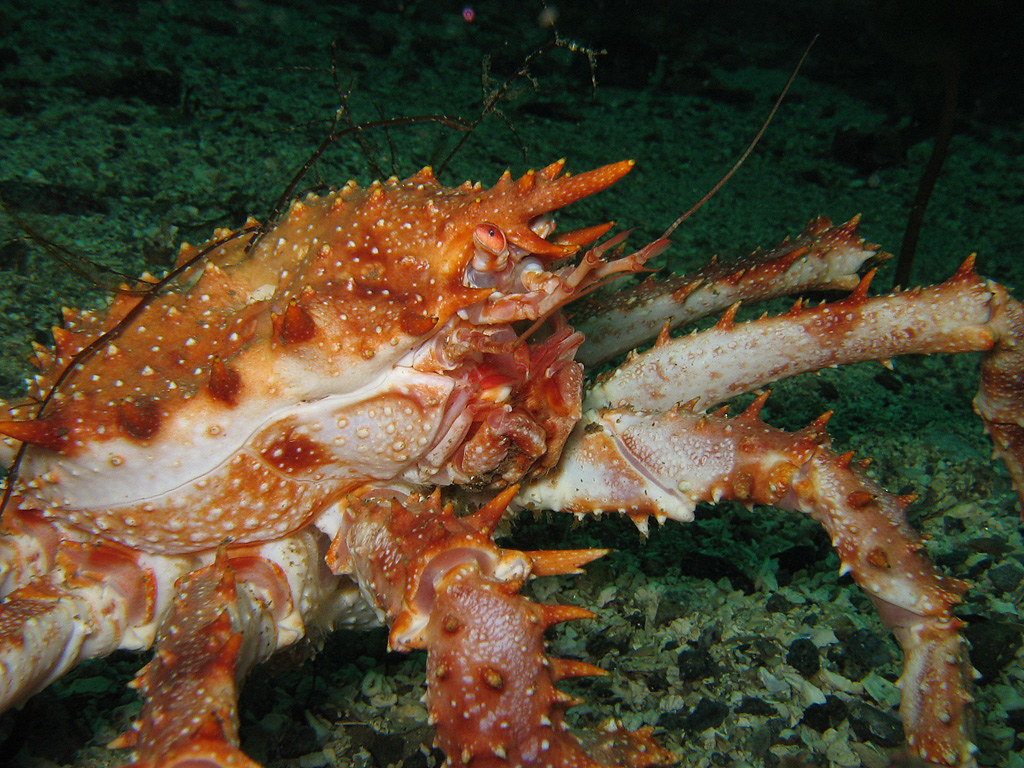 The fishermen were shocked – bar rumours of one or two pulled up over the last couple of years, these crabs had never been seen off British shores. The species, Paralithodes camtschaticus, is native to North America, but was introduced to Russia in the 1960s by scientists who wanted to establish a new, lucrative fishery.

Thriving in cold seas, the crab population exploded, and they travelled to Norway, where they caused a fishing industry boom.

The similar Common Spider Crab Maja brachydactyla is also native to UK waters, being found mainly in the south-west of England.