Wildlife crime sadly occurs all too often. Today I was contacted by the Scottish Raptor Study Group with what would point towards being the latest grim statistic. As in recent cases reported here, little evidence is present, and the police are struggling to bring together a case that will be acceptable to the Crown Prosecution Service.

Tayside Police are concerned that one of the 15 White-tailed Eagles recently released in north Fife as part of a re-introduction programme has been deliberately killed in Angus. Alan Stewart, Tayside Police wildlife and environment officer, stated, "We recently received confidential information that a White-tailed Eagle had been killed on an Angus grouse moor. The person who made contact was very specific about where it had been killed and even named the individual who had been responsible. Though a body has not been recovered, what backs up this information were the regular sightings of the White-tailed Eagle in the area up to the approximate date of the report of it having been killed. Since that, despite the bird being radio tagged, it has disappeared off the radar. The bird, with distinctive white wing-tags, was regularly spotted in northeast Angus, especially between Kirriemuir and Montrose. One farmer was so pleased about a sighting - and the fact that he managed to get a close-up photograph of the bird - he sent the photograph to me as proof that we really had White-tailed Eagles back in this area." 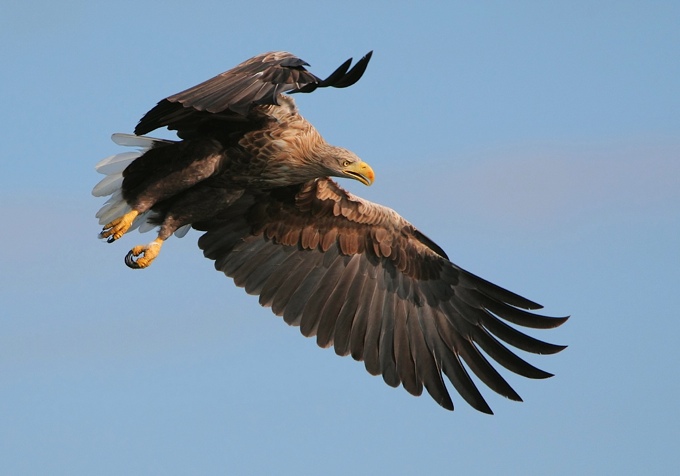 While not naming the estate alleged to be involved, Mr Stewart stated, "Most shooting estates give us no cause for concern but the particular estate named by the informant has been at the centre of concerns over illegal practices in the past few years. If indeed the bird has been killed it saddens me that some people are still a hundred years behind modern times." Tayside Police are anxious to hear from anyone who may be able to help with this investigation. Anyone with any information is urged to contact Tayside Police on 01382 223200 or to call Mr Stewart direct on 01738 892650.

White-tailed Eagles were formerly widespread across Scotland but were persecuted to extinction as a breeding species by 1916, and the last one was shot in 1918. However, the birds were given a second chance when they were reintroduced to the Isle of Rum with eagles brought over from Norway every year from 1975 to 1983, then on Wester Ross from 1993 to 1998. Such has been the success of this programme, with 42 pairs now breeding in west Scotland, that the final phase of reintroduction began in east Scotland this year. 15 chicks were brought from Norway to Fife and released this August as part of a five-year programme to link up the territories and establish a nationwide population in Scotland.

Stuart Housden, director of RSPB Scotland, said: "We are shocked and saddened that the gift of sea eagles from the people of Norway to Scotland should be blighted by what appears to be a deliberate act of illegal persecution by this selfish estate. It never ceases to amaze me that some individuals think they are above the law, and can kill such a wonderful species that so many people are trying so hard to restore to its natural range. We would ask that anyone with information to help bring those responsible before the courts contact the police as a matter of urgency."

Ironically this year was a very successful year for breeding White-tailed Eagles in Scotland. You can read our previous article here. 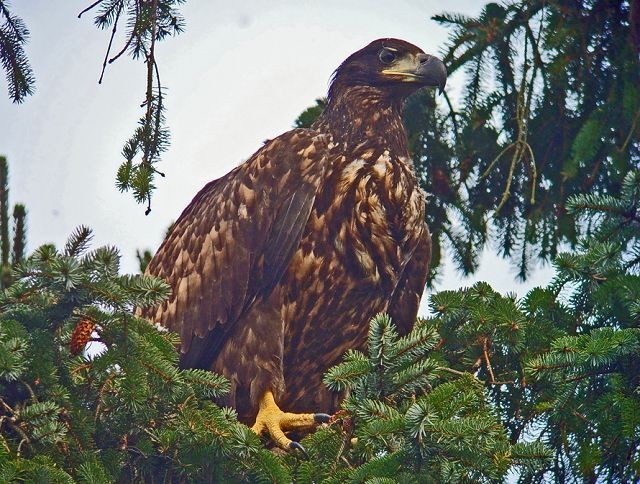