There is no sign of a reduction in the illegal persecution of birds of prey in the UK, according to the Birdcrime 2021 report published by the RSPB on 14 November.

The publication reports 108 confirmed cases of persecution of birds of prey in the UK in 2021, of which 80 incidents were in England. The only worse year on record for England was 2020, with 99 confirmed cases were detected there. There were 17 confirmed cases in Scotland, 10 in Wales and one in Northern Ireland. Persecution is blamed as the main factor limiting the UK Hen Harrier population, with satellite tags fitted to the birds regularly pointing to suspicious disappearances, such as 'Asta', whose non-moving position led investigators to the device worn instead by a dead crow.

There is no doubt that many more illegal killings do not make the figures in the annual report, as confirmed by satellite-tagging, on-the-ground intelligence and scientific studies. Land managed for gamebird shooting was related to 71% of confirmed cases of raptor persecution in 2021. North Yorkshire, a county with extensive shooting estates, had 10 incidents, but Norfolk and Dorset were worse, with 13 and 12 cases respectively in these lowland counties where Common Pheasant and partridge shooting is big business.

Poisoning is a method of choice for criminals, with this year's report describing a dead Golden Eagle found dead beside a hare in Scotland, both containing the same banned pesticide. Alongside North Wales Police, a team of RSPB Investigations officers discovered "the worst case of illegal pesticide storage" after a poisoned Red Kite and shot Common Buzzard were found. A White-tailed Eagle in Dorset, from the reintroduction scheme on the Isle of Wight, was found with seven times the lethal dose of rat poison brodifacoum, but this was just part of a concerning rise in the detection of this substance in raptors. 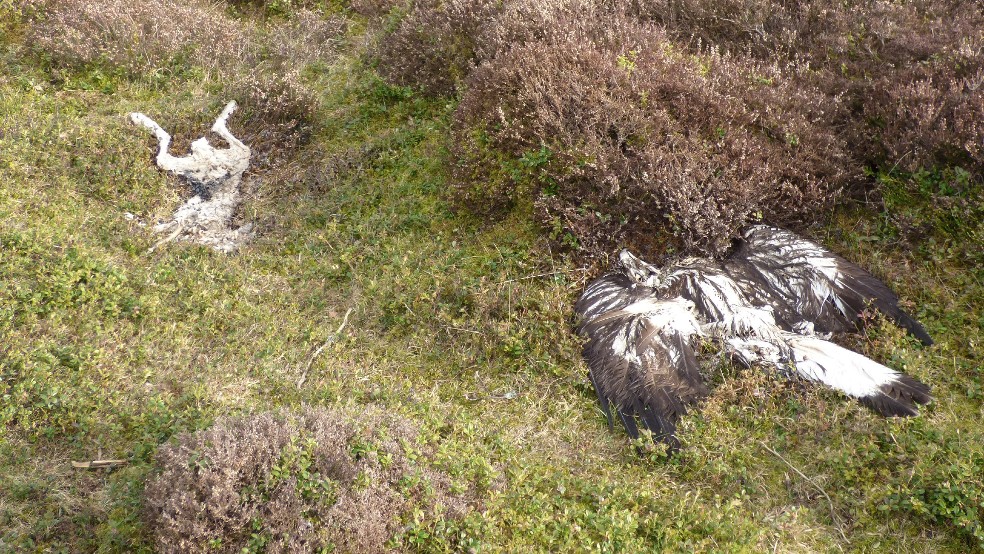 Mark Thomas, RSPB Head of Investigations, said: "The illegal shooting, trapping and poisoning of birds of prey has no place in modern society. In a nature and climate emergency, the deliberate destruction of protected species for financial gain is completely devastating and unacceptable.

"The time for reform is now long overdue. Licensing driven grouse moors is the first step in clamping down on those estates engaged in criminal activity at no loss to those operating within the law."

Beccy Speight, RSPB Chief Executive, added: "The evidence shows that the illegal persecution of birds of prey – which is time and time again linked to gamebird shooting – is holding back the recovery of some key species. This year's Birdcrime report is another reminder of the appalling methods deployed by some, and why there is a need for swift and effective change in our countryside."

A United Nations assessment on wildlife crime in the UK was published in December 2021. Among a number of recommendations to combat raptor persecution, it advised tighter regulation of the shooting industry. The RSPB has urged the government to act on the recommendations urgently and extend Scotland's licensing of driven grouse shooting to the rest of the UK.

Ms Speight added: "The United Nations report makes clear what must be done to end these wildlife crimes and we call on the new government in Westminster and governments around the UK to act and pave the way towards a sustainable future, respectful of the law."

As well as licensing for driven grouse shooting, the RSPB is calling for additional regulation and better enforcement for pheasant and partridge shooting, and stronger General Licence conditions.