Injured owl steamed back to health

A Tawny Owl found hanging from fishing litter stuck in a tree has been rescued and is on the mend, but the RSPCA has used the affair to highlight ongoing problems with discarded tackle.

The owl had gotten tangled in discarded fishing line 10 m up a in a tree in Green Lane, Walsall, West Midlands, last Thursday (9 November). West Midlands Fire Service attended and requested the assistance of the animal rescue charity to help the stricken bird. 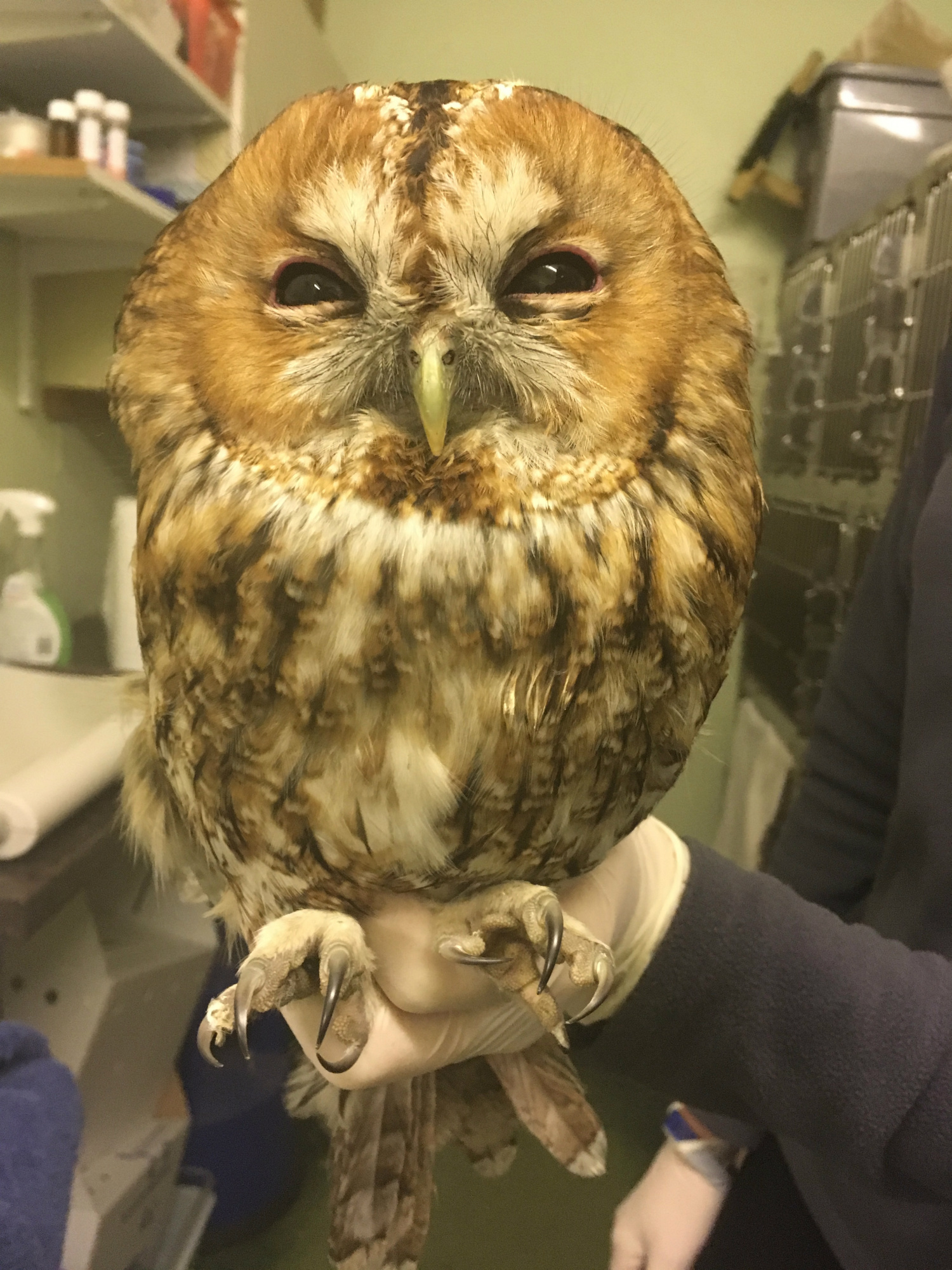 The Tawny Owl being treated at one fo the charity's clinics (RSPCA).

RSPCA Animal Collection Officer Cat Strawford said: “We don’t know for sure how long was hanging there for. However, it was first spotted by a member of the public at 8.30 am that morning, and as owls are nocturnal it is likely it had gotten tangled the night before. The poor bird could have been struggling for hours.

“Once it was safely down, I checked it over but unfortunately saw that it had damage to the feathers on its left wing.”

As a result, the owl was taken to the charity’s Stapeley Grange Wildlife Centre in Nantwich, Cheshire, to be treated. There, a simple method was used to fix his damaged feathers: using steam from a kettle.

Bev Panto, the vet at Stapeley Grange, said: “It sounds like an odd treatment, but it is simple and it works. The owl’s damaged feathers were held over steam from a kettle for a few seconds and this helped the damaged feathers to naturally repair back together.

“The owl is currently in our isolation unit where he is recovering well. Soon he will move into our aviary before being released back into the wild. He was extremely lucky that there were no more serious injuries, as often birds caught in fishing line end up with compromised blood supply to their tissues and in severe cases can even lose limbs as a result.” 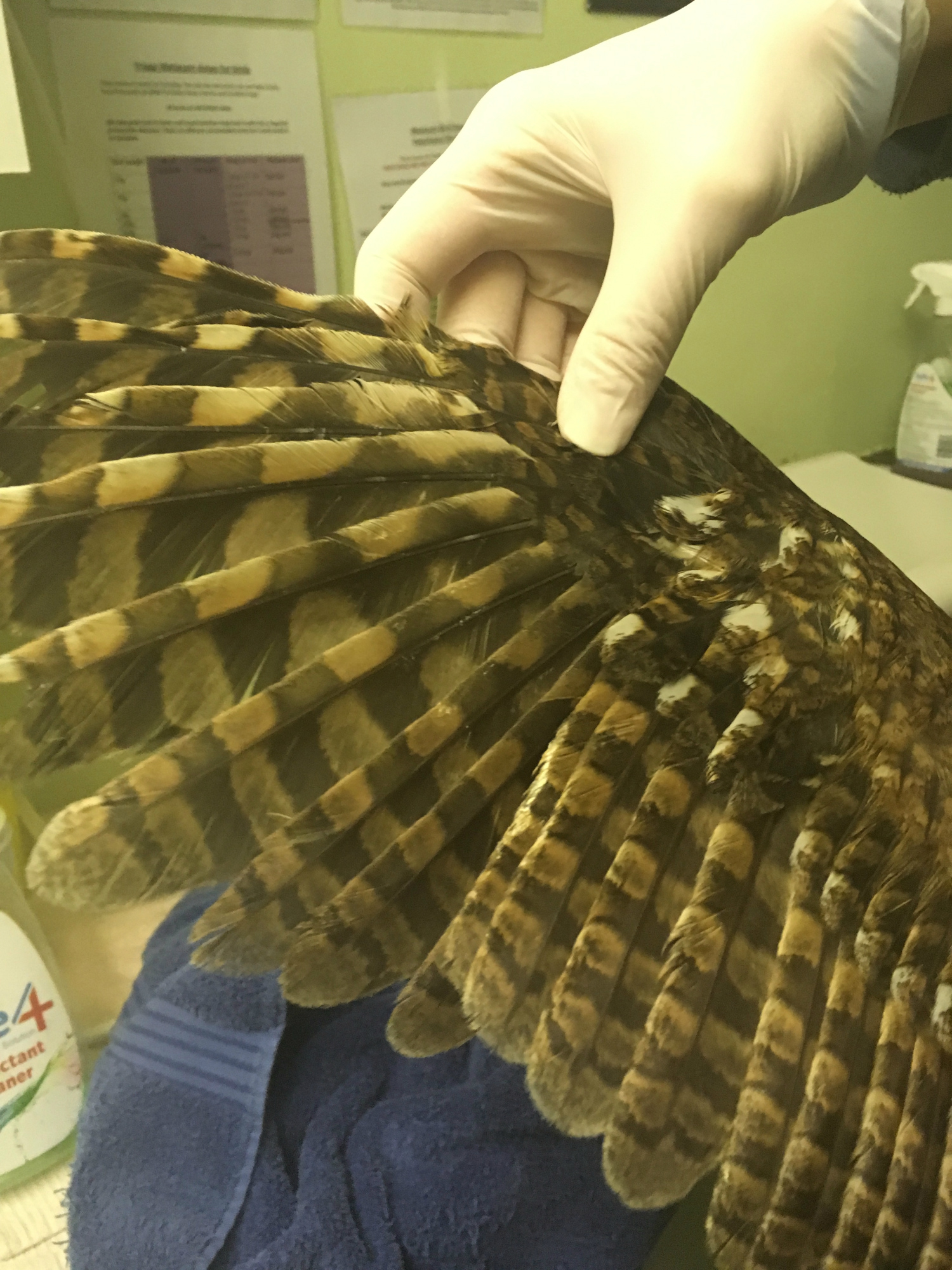 Steaming the owl's wing feathers using an electric kettle helped them mesh back together (RSPCA).

The RSPCA has urged anglers to be extra cautious when packing up and ensure that no litter is left behind. Most are responsible when disposing of litter, but it only takes one careless person to endanger the life of an animal. If any member of the public sees discarded litter around, the charity requests that they pick it up and put it in the bin – it may save an animal’s life.

All sorts of angling litter can cause problems: line can wrap around necks, causing deep wounds in flesh and cutting off the blood supply; hooks can pierce beaks, become embedded in skin or get caught in the bird's throat; and weights can be swallowed, causing internal injuries and blockages.

RSPCA tips to help tackle the problem include:

If you see an injured bird, please don’t try to treat it yourself. You can report an injured animal to the RSPCA via its 24-hour helpline on 0300 1234 999. More advice on what to do can be found on the RSPCA’s website.