Hundreds of Russian White-fronted Geese have arrived in south-east England during the last three days, as part of a major arrival of the species from mainland Europe.

Since Sunday 29 November, more than 100 sites between Norfolk and the Isle of Wight have logged 'white-fronts', with many records involving family groups of birds. The movement comes following a run of easterly winds from the Near Continent. On Sunday, the first wave of arrivals was detected, chiefly at coastal sites. Kent, Suffolk and Norfolk chalked up most of the records, with the highest count some 37 at Minsmere. Inland birds were noted, though, and indeed the second most westerly record so far – at Salford Priors GPs, Warwickshire – occurred. 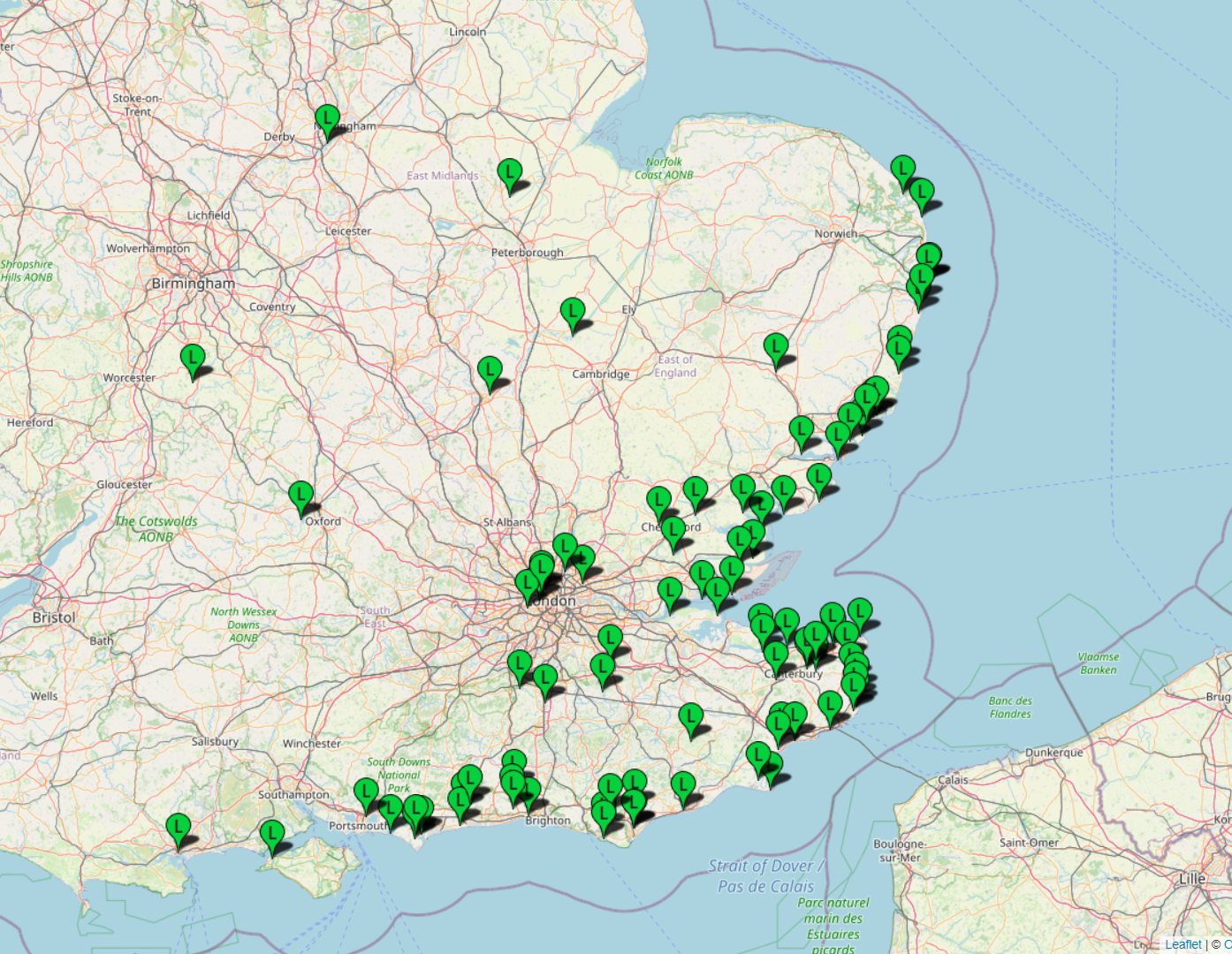 This map, showing all first reports of Russian White-fronted Geese in south-east England since Sunday 29 November, demonstrates the extent of the influx.

On Monday 30th, heavy fog in many areas of south-east England resulted in a major fall of birds, with many inland records. This included plenty of single birds, including at incongruous locations such as Regent's Park, London, as well as small flocks, some of which were in counties where groups are rare, including Bedfordshire, Oxfordshire and Surrey. New coastal records were still coming in and 55 at Montsale, Essex, and some 54 at Graveney Marshes, Kent, were of note, but both were eclipsed by a count of 100 at Sandwich Bay, Kent. Sussex enjoyed 110 new-in birds at eight different sites on 30th alone.

Despite a switch to a north-westerly wind overnight, which cleared any lingering murk and produced blue skies, more geese arrived today (1st), albeit in smaller numbers. This resulted in the Sandwich Bay flock swelling to around 400; some birds reorienting were perhaps involved in this count. Numbers on Sheppey (a traditional wintering site) hit 180, and across the South-East some 26 new sites logged the species by the end of the day. Big inland flocks persisted too, with 30 at Arundel, West Sussex, and 47 at Betchworth, Surrey.

As well as Russian White-fronted Geese, marked numbers of Tundra Bean Geese have also arrived on the back of this influx. At least 12 sites between Norfolk and Sussex have recorded the species since Sunday, including notable inland records at Godmersham and Sevenoaks, both in Kent. Bewick's Swans too have arrived in better numbers than recent years, though the arrivals have been slightly further north with some 15 sites between East Anglia and Leicestershire scoring the species since Sunday.