The Seal River watershed in northern Manitoba, Canada, is a key breeding area for millions of birds.

A partnership between the Sayisi Dene, who live in the watershed, and three neighbouring indigenous groups, aims to preserve the ecosystem by having it designated as an Indigenous Protected and Conserved Area (IPCA).

The designation would see land management landed back to indigenous governments, but the IPCA application requires scientific understanding of the area's ecological importance, as well as indigenous knowledge.

The area is difficult to survey, being vast and remote with no permanent roads. As Jeff Wells, Audubon vice president of boreal conservation, put it, "There aren't birders going there and putting it all into eBird." 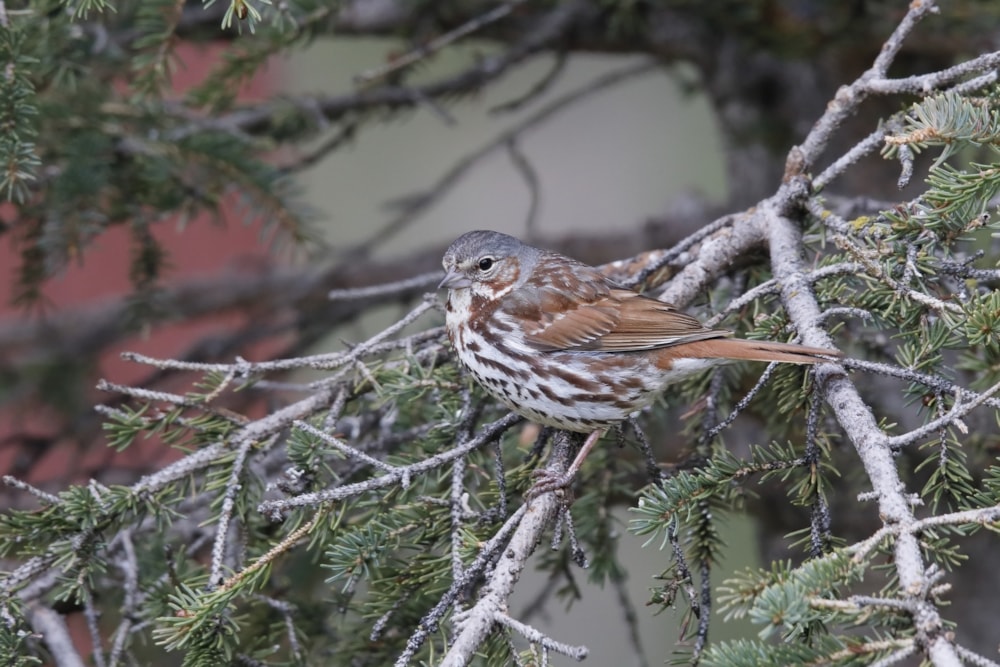 The surveys have shown Red Fox Sparrow to be a summer visitor (Colin Bradshaw).

To help get a complete picture of the watershed's avifauna, the indigenous alliance teamed up with Audobon to position sound-recording devices across the area from May to July.

Rainer Duck, a member of the O-Pipon-Na-Piwin Cree, said, "Each device we took down had its own story, it was remarkable.

"I would love to go back and do it all over again," he added.

Stephanie Thorassie is a member of the Sayisi Dene First Nation,. She emphasised the importance of the watershed for birds. "People in the States may not realise the birds in their yards need our watershed to survive, to migrate to, and to nest. It gives people something to relate to."

They were positioned at sites selected by indigenous youth and elders. The recordings are currently being analysed at the Cornell Lab of Ornithology but work has already revealed a broad range of summer visitors, including Red Fox Sparrow and Northern Waterthrush.