An estimated 121,000 songbirds, such as Blackcaps and European Robins, are estimated to have been illegally killed on a British military base in Cyprus during autumn 2018, according to a new report by BirdLife Cyprus and the RSPB.

The success in the reduction of illegal trapping on the base is believed to be primarily due to the impact of covert surveillance work undertaken by the RSPB and BirdLife Cyprus with the Sovereign Base Area (SBA) Administration. Since the work started in 2016, some 21 trappers have been caught on camera and prosecuted, with courts imposing three-year suspended jail sentences and fines as high as € 6,000. More individuals caught in 2018 are due to appear in court later this year. The Committee Against Bird Slaughter (CABS) has also continued to provide crucial support in identifying trapping sites as highlighted by TV Presenter and campaigner Chris Packham during the last three autumns. 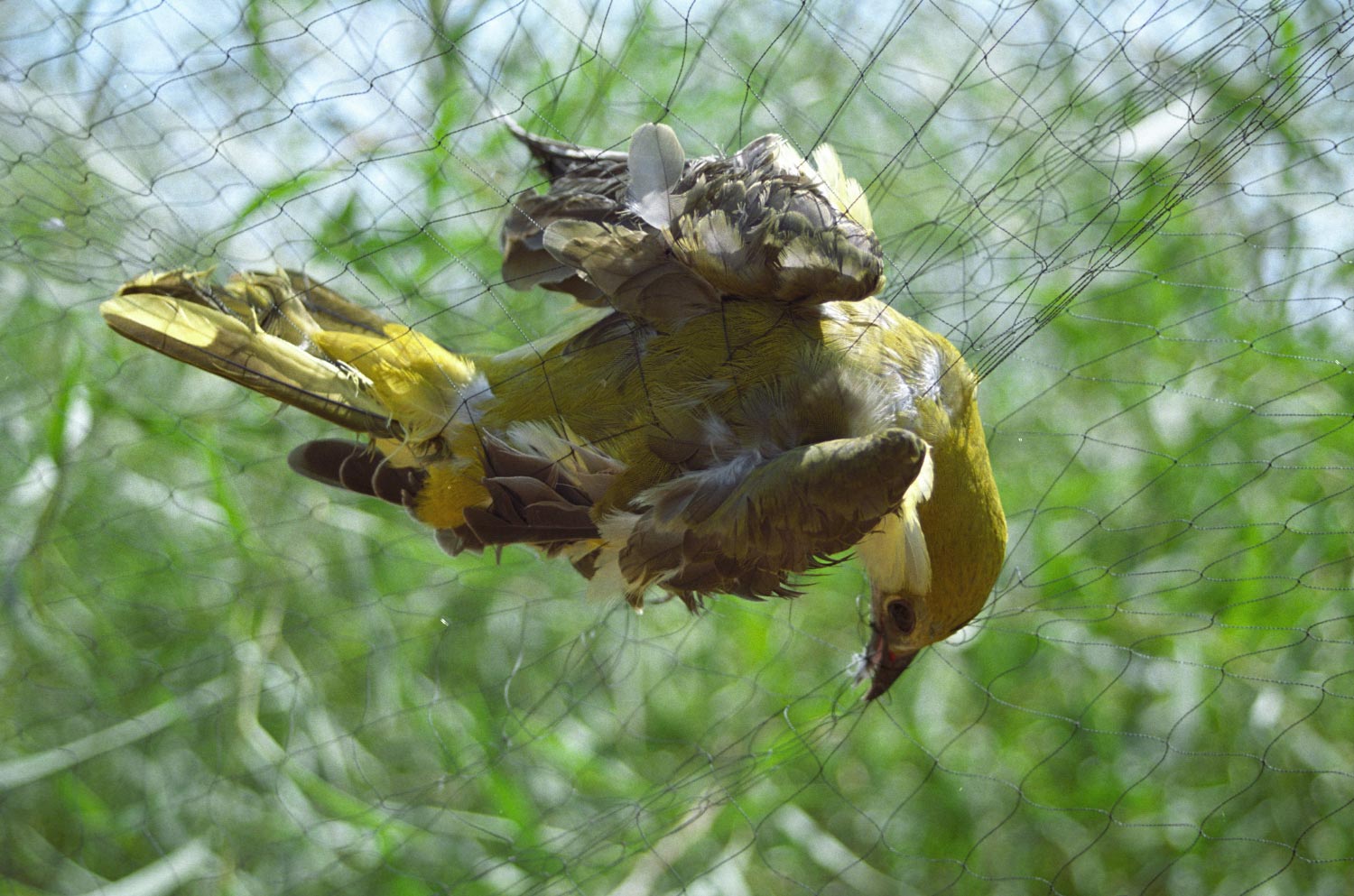 A wide range of songbirds are trapped on Cyprus; this is a Golden Oriole (rspb-images.com).

Along with increased enforcement and heavier sentences, the SBA authorities are also using a range of civil and criminal sanctions against the trappers, meaning they now face a double deterrent.

Songbirds are illegally trapped and killed to provide restaurants with the main ingredient for the local and expensive delicacy of ambelopoulia – a plate of cooked songbirds. Organised criminal gangs are driving this illegal activity on a huge scale and it is estimated they earn hundreds of thousands of euros every year from the songbirds they kill on British territory. 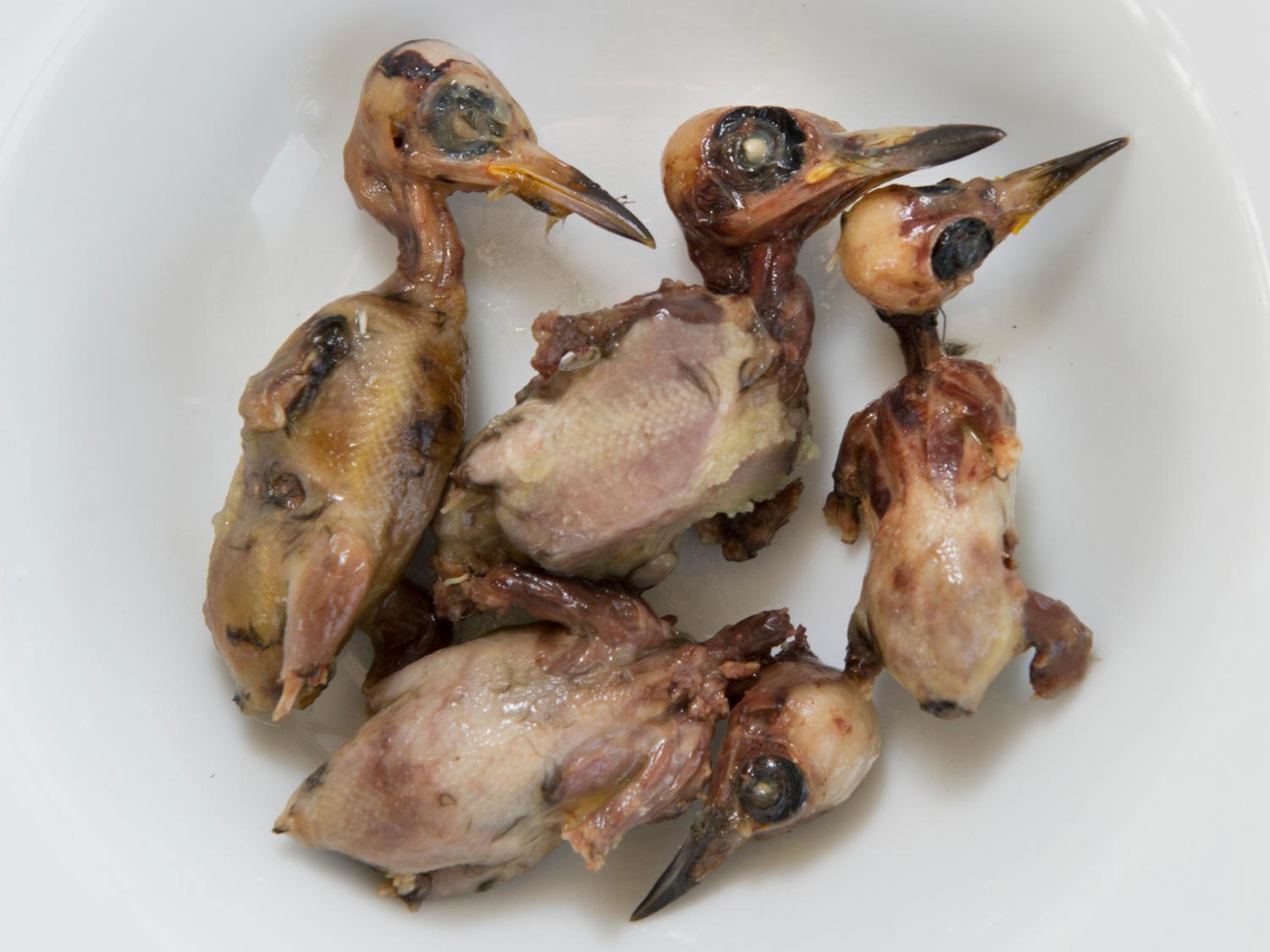 Ambelopoulia – a plate of cooked songbirds – is the 'delicacy' which drives large-scale illegal trapping (rspb-images.com).

Birds are trapped using nets placed between acacia bushes and within orchards, and speakers playing bird calls are used to attract birds down as they migrate.

The UK Government now needs to ensure invasive tree removal operation continues if this success is to be sustained, while the Cyprus must crack down on black-market restaurants which still serve songbirds

Martin Harper, RSPB Conservation Director, said: "This continued success is thanks to a great collective effort by many determined people. We are particularly delighted to see such positive results from our on-the-ground work with Sovereign Base Area staff.

"However, we must not be complacent. We now need to finish removing the remaining non-native acacia bushes to make sure that there are no longer places where trappers can hide their nets. This is the long-term solution needed for these migrant birds.

"The Sovereign Base Area authorities should be congratulated for making use of a wide range of criminal and civil sanctions, such as exclusion orders and vehicle impoundments, to ratchet up the pressure on the bird trapping community, and undertaking the removal of the irrigation infrastructure."

Martin Hellicar, Director of BirdLife Cyprus, said: "The last few years have brought a significant reduction in bird trapping levels in the British bases. This is thanks to far more effective enforcement by the SBA Police, plus the building of a real partnership with conservation NGOs that amounts to a real showcase of how such working together can bring tangible results on the ground.

"The sour note is this year's increase in trapping levels within the Republic [of Cyprus]. We are pushing for the adoption of a much stronger collaborative approach with NGOs, to avoid a reversal of the progress achieved in previous years."

Small-scale trapping of songbirds for human consumption in Cyprus was practiced for many centuries, but it has been illegal on the island for over 40 years, after being outlawed in 1974. Enforcement against restaurants serving ambelopoulia has been very limited in the last few years, yet as the key reason for this illegal activity it is crucial that urgent action is taken by the Cyprus Government as well as by the Ministry of Defence.