Large volumes of wildfowl are still being shot with lead in England despite it being illegal for more than two decades, according to a new report.

The shocking findings, published recently in the Conservation Evidence Journal, estimate that around 13 million ducks have been illegally shot using lead ammunition in England since the ban came into place on 1 September 1999 – an average of around 586,000 birds every year and representing approximately 70% of all ducks shot.

Significantly, there was no detectable decline in the number of ducks killed using lead shot following a publicity campaign by shooting and countryside management organisations.

This will not be helped by a lack of prosecutions for its use – there has been just a single prosecution for an offence under the Lead Shot Regulations. Without enforcement of the law, there is evidently no deterrant for individuals to cease using lead when shooting at wetlands in England. 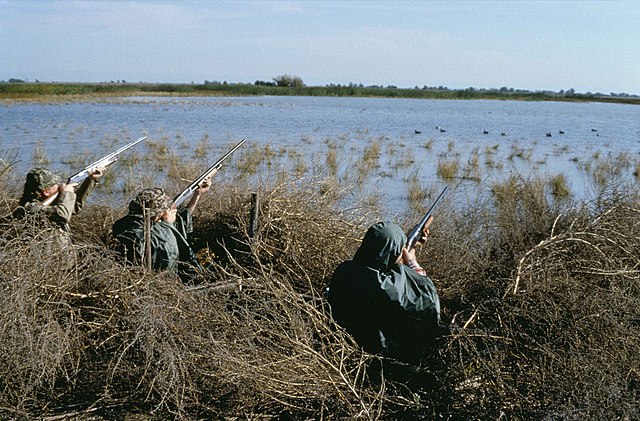 Evidence suggests that lead shot is still being widely used to hunt waterbirds in the UK, despite it being illegal (Megan Durham / USFWS).

The UK government has long accepted that there is a significant problem of lead poisoning of waterbirds in UK wetlands, caused by either ingested or embedded lead shotgun pellets.

The UK has had a long-standing obligation to phase out the use of lead shot over wetlands as a Contracting Party to the AfricanEurasian Migratory Waterbirds Agreement. The ban introduced in September 1999 made it illegal to shoot all ducks, geese and swans, as well as Eurasian Coot and Common Moorhen, with lead, while also prohibiting the use of lead ammunition for shooting over foreshore and SSSIs.

But despite this, the authors conclude that there has been only a small reduction in the use of lead shotgun ammunition in wetlands in England.

The news throws the significance of a recent EU-wide lead shot ban into doubt, particularly if illegal use of lead ammunition can continue so extensively in a country where it has supposedly been banned for more than 20 years. A 2018 report highlighted the massive impact of lead poisoning on wildlife.

The full paper can be accessed here.