A bird trader has been given a community order after admitting illegally keeping wild Barn Owls.

Lee Wellings admitted 13 charges of illegally keeping and trading the owl after a police raid at his home in Rushall, West Midlands, last year. Six were found in aviaries in Wellings' garden after police were tipped off that the 45-year-old had sold a Barn Owl without a permit. 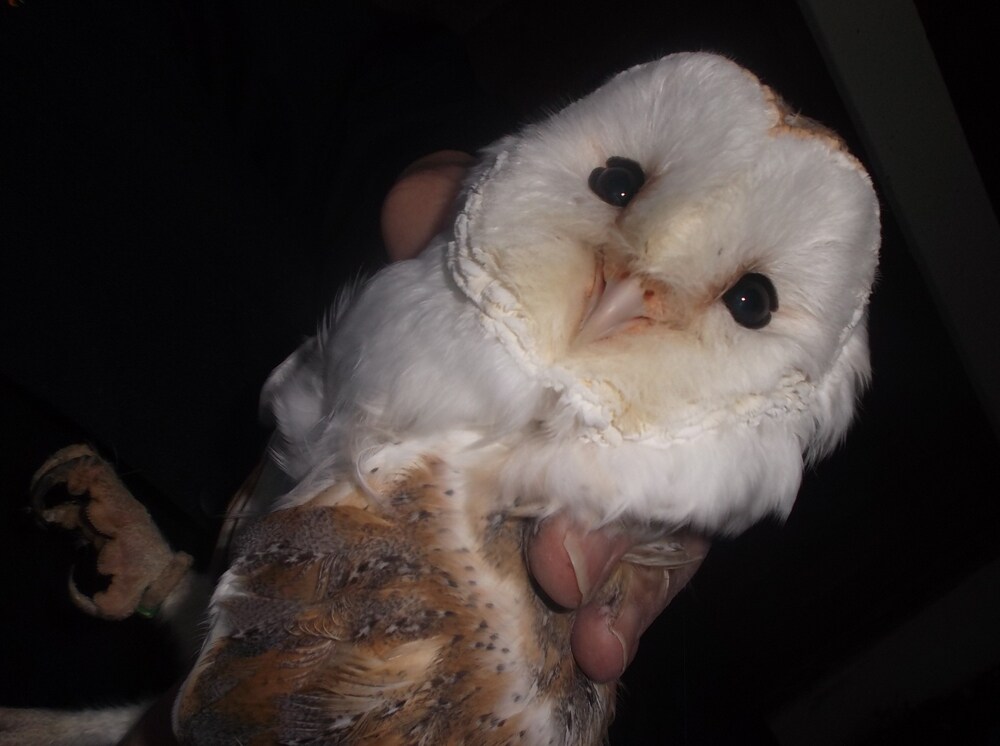 One of the Barn Owls that was kept illegally by Lee Wellings (National Wildlife Crime Unit).

Only three of the birds were fitted with correct leg rings and covered by the right paperwork, with the other three being kept illegally. All six are now being found permanent new homes.

By law, anyone wishing to sell or use a protected bird in commercial displays must have an Article 10 Certificate issued by the Department for Environment, Food and Rural Affairs for each bird, which must also wear a closed leg ring or be fitted with a microchip implant.

Wellings, who was found to have been trading birds for more than four years, had repeatedly made false applications for Article 10 Certificates by wrongly claiming to breed owls and using the details of parent birds that he had never possessed.

At least 57 of the 124 permits he had been issued were based on fake information, the National Wildlife Crime Unit said. Officers were also able to identify two buyers who had purchased an owl each for £50 and £65 in good faith after seeing them advertised for sale by Wellings.

He pleaded guilty to one count of illegally possessing three Barn Owls, two counts of illegally selling a protected species and ten counts of making false statements to obtain the A10 Certificates at Walsall Magistrates Court last month. He was then ordered to serve a 12-month community order, carry out 80 hours unpaid work, pay £270 costs and forfeit the six owls.

The case was the result of a joint investigation by West Midlands Police and the National Wildlife Crime Unit. Pc Richard Collins, a designated wildlife crime officer for West Midlands Police based in Walsall, said: "Barn Owl is a protected species and laws are in place to ensure they are not exploited.

"Wellings did this for his own financial gain but, working in partnership with the National Wildlife Crime Unit, we were able to stop his illegal practices. We are committed to investigating reports of wildlife crime alongside our partners in order to protect vulnerable species, and encourage communities to report offences via 101."