The remains of a Woolly Mammoth have been found among a host of hugely significant Ice Age animal bones in a cave in Devon.

The bones, also including those of a Woolly Rhinoceros, wolf and hyena, are thought to date to the last Ice Age – some 30,000-60,000 years ago. Archaeologists found the remains during work as part of the development of a new town near Plymouth. 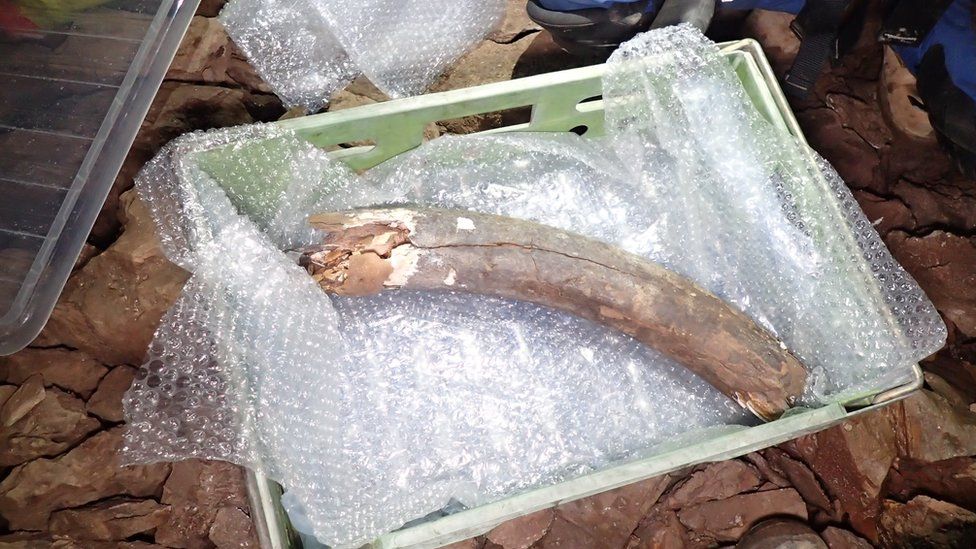 Part of a Woolly Mammoth tusk recovered from the site near Plymouth (AC Archaeology).

Lead archaeologist Rob Bourn said the finds were of "national significance". Mr Bourn, from Orion Heritage, an archaeological and heritage consultancy, said it had been "a once in a lifetime experience for those involved".

The developers of Sherford, a new 5,500-home town which is being built, instigated archaeological work at the start of construction in 2015, which has continued ever since. Excavation during infrastructure work led to the discovery of the animal remains in an area near old lime kilns and Sherford Quarry.

The bones are now undergoing academic analysis but are expected to be given to the care of Plymouth's new museum, The Box. Duncan Wilson, chief executive of Historic England, called the discovery "exceptional".

He said: "To have found partial remains of such a range of species here in Devon gives us a brilliant insight into the animals which roamed around Ice Age Britain thousands of years ago, as well as a better understanding of the environment and climate at the time."