A Humpback Whale took up temporary residence in the tidal River Thames in East London for four days over the weekend, but has subsequently been found dead.

First seen moving downriver off Rainham Marshes RSPB at around 9.30 am on Saturday 5 October, the identification of the whale was initially unclear, with some observers suggesting Common Minke Whale and others favouring Fin Whale.

It was picked up again late in the afternoon of Sunday 6th, initially under the famous Queen Elizabeth II Bridge, Dartford, which carries the M25's notorious traffic across the river. On the rising tide, the animal headed upriver with purpose, again past Rainham Marshes before rounding the bend at Coldharbour Point. Better views and photos during this two-hour spell confirmed the identification as a Humpback Whale, with the raised back around the fin and white tail flukes, which are diagnostic of the species, documented in images. 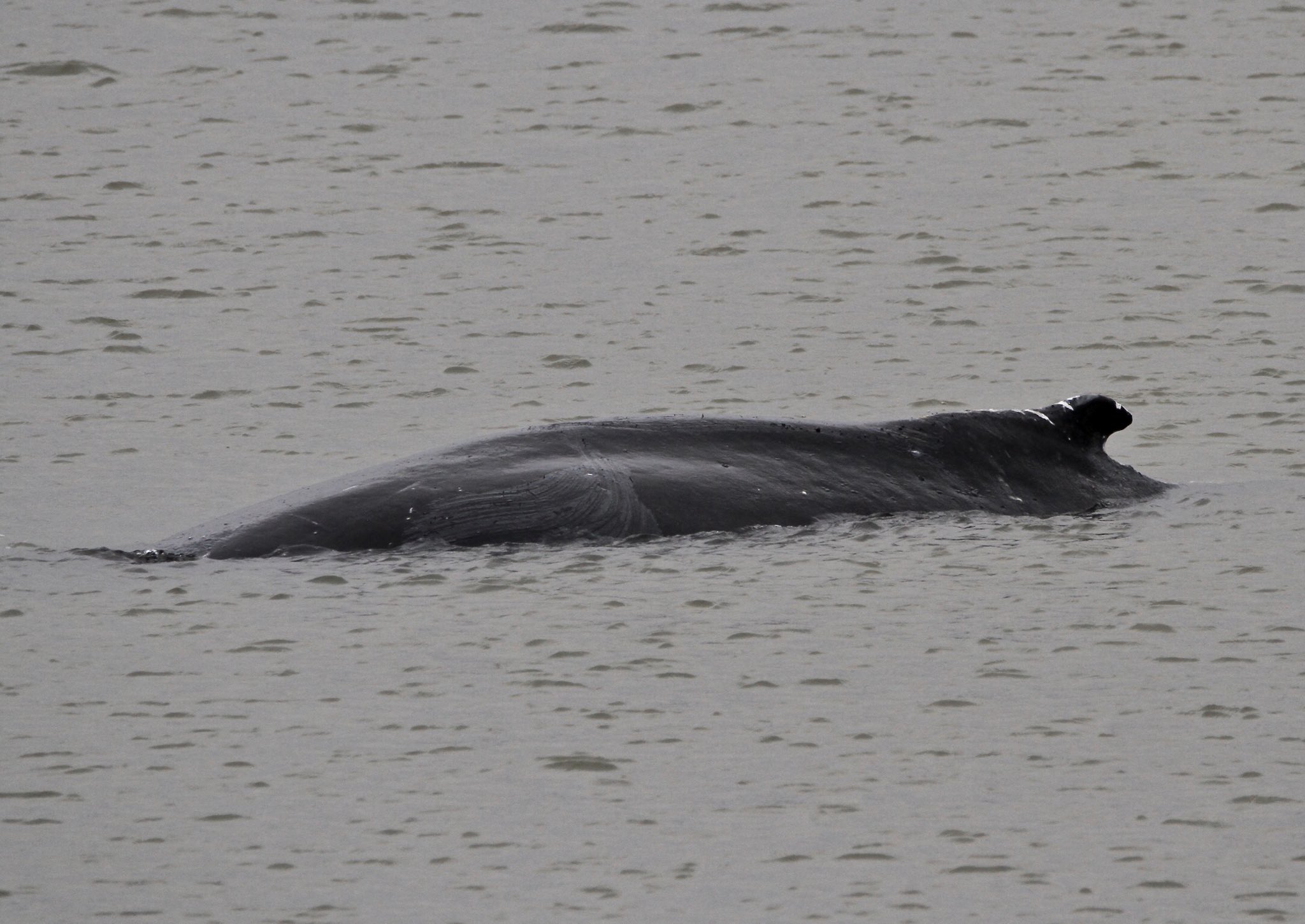 The Humpback Whale was conclusively identified on Sunday 6th, but unfortunately observed almost certainly dead on the afternoon of Monday 8th (Simon West).

The whale was back again over high tide on the morning of 7th, remarkably being observed as far upriver as Dagenham – just 10 miles or so from Central London. As the tide dropped, the whale once again gradually moved back out the estuary, being seen past Rainham Marshes at around lunchtime before crossing eastwards under the bridge and last being noted off Greenhithe.

At an estimated 8 m in length, this individual is some way off being fully grown (some Humpbacks can be 15-16 m when mature). Its presence in the Thames has worried some, with these fears highlighted on the afternoon of 7th, when the whale briefly stranded itself. This aside, the whale appeared to be feeding well and the presence of cetaceans in the outer Thames is not unprecedented – for example, just last year, 'Benny' the Beluga Whale entertained thousands of visitors during an extended stay in the river off Gravesend between September and November. However, after it was filmed alive off Erith Pier on the morning of 8th, the Humpback was unfortunately seen motionless off Greenhithe, Kent, that afternoon and is therefore presumed deceased.

Humpback Whale sightings are increasing in British waters as populations gradually bounce back after whaling was banned internationally, with recent sightings coming from the likes of the Yorkshire coast, Shetland and Cornwall.

UPDATE 10 October: a post-mortem examination by the Zoological Society of London (ZSL) has revealed that the whale had injuries consistent with shipstrike and that these were the primary cause of death. No evidence of plastic ingestion was found.

A statement from ZSL said: "It's certainly possible that the whale was struck outside of the Thames and already had these injuries whilst it was seen swimming within the river at the beginning of the week – further tests of tissues taken during the examination are ongoing and may shed further light on the likely timescale around the injuries.

"Analysis of the whale's intestines revealed the presence of parasites and suggested it had not eaten in a relatively long time. On one positive note, the researchers found no evidence of plastic ingestion" 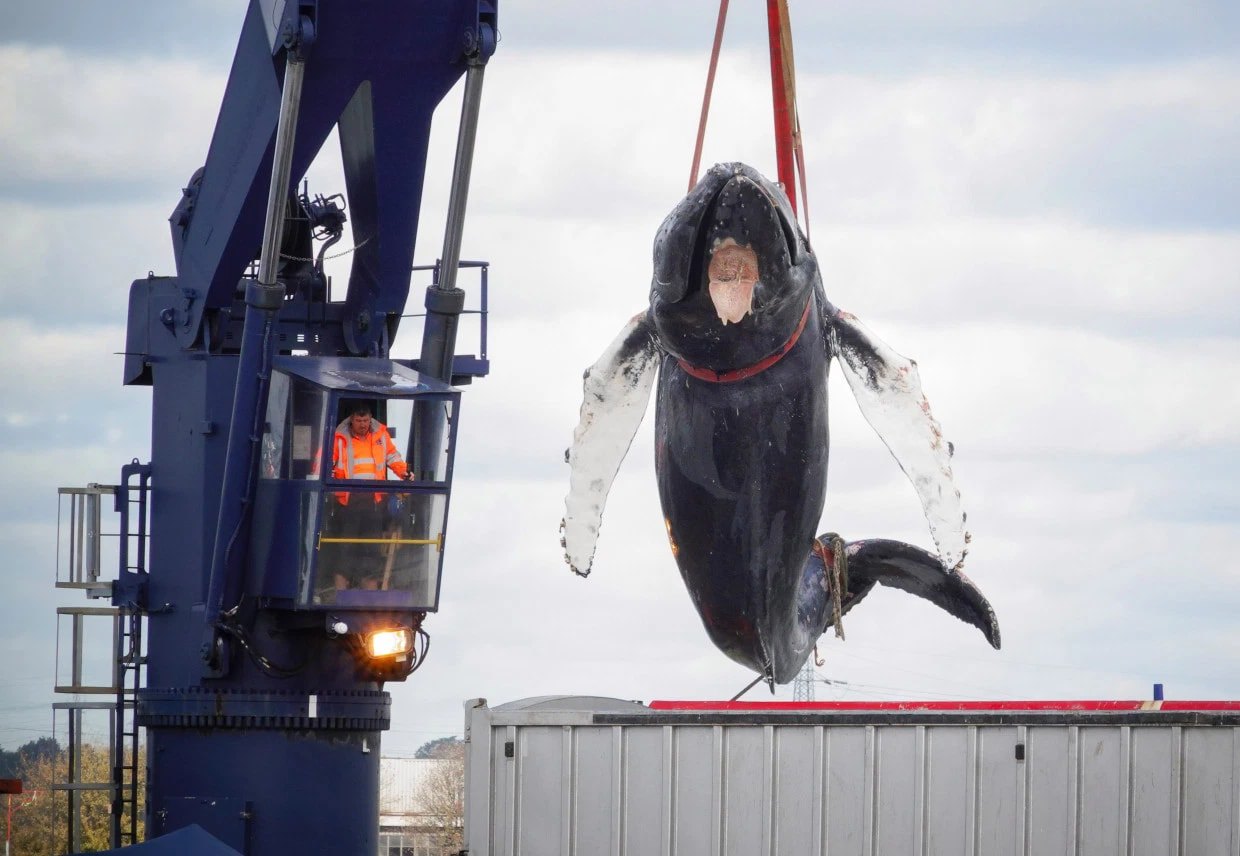 The whale was removed from the River Thames before being taken off for a post-mortem (ZSL).