Ireland has been awarded a €4.3 million EU grant to fund a four-year conservation project to help its declining Corncrake population.

Corncrake's distinctic crex-crex song was once a familiar sound across the Irish countryside in spring and summer, but intensification of farming measure have had a disastrous impact – the Irish population has declined 85% since the 1970s, with a 92% decrease in range size. It is now almost completely confined to a few select localities – often offshore islands – in Cos Mayo and Donegal.

EU money makes up the majority of the €5.9 million designated for the EU LIFE Atlantic Crex project, which will run for five years from January 2020. The project will see conservation work funded in project sites in Cos Donegal, Mayo and Galway. Working in partnership with landowners, the Department of Agriculture, Food and the Marine, Údarás na Gaeltachta, Galway-Mayo Institute of Technology and Fota Wildlife Park, the project aims to deliver a 20% increase on the 2018 Irish Corncrake population by 2024. 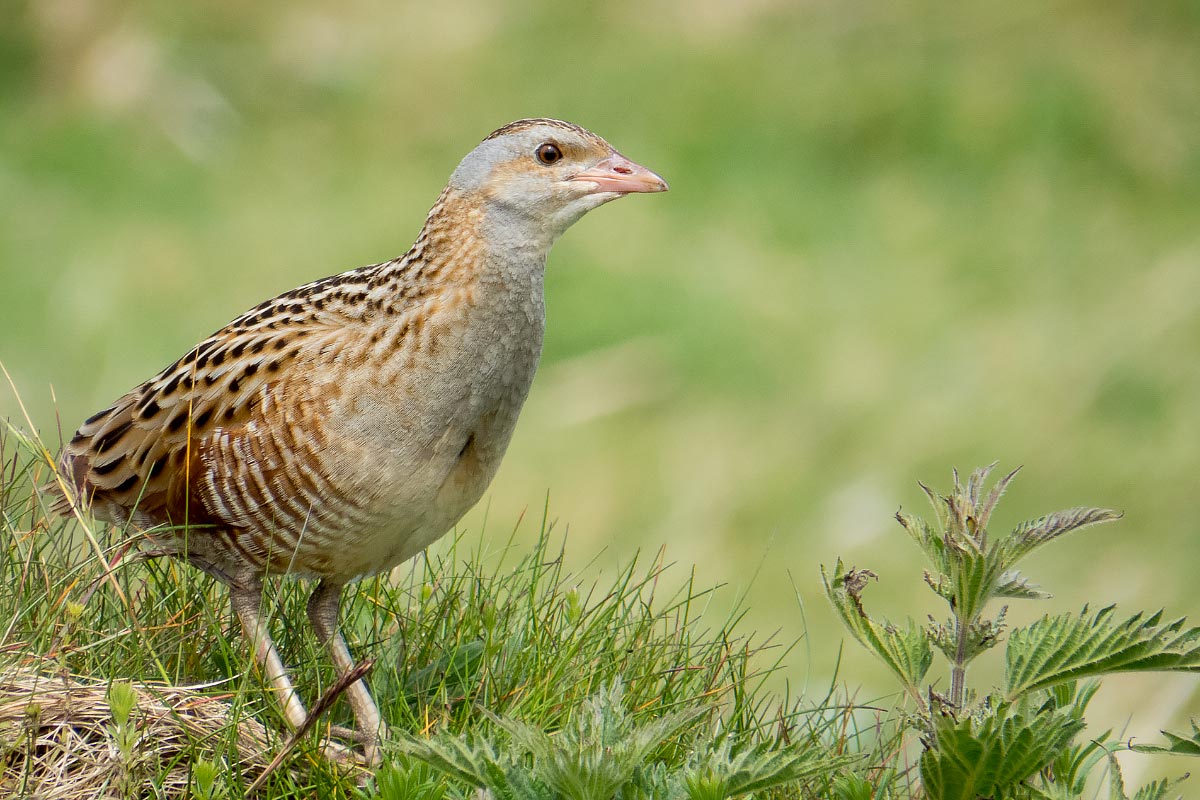 Tory Island in Co Donegal, where this bird was photographed, is one of the precious few remaining strongholds for the species in Ireland (Steve Valasek / www.botheringbirds.com).

Irish Minister for Culture Josepha Madigan welcomed the announcement and said: "The decline in Corncrake numbers is of significant conservation concern in Ireland. Conserving species in their natural habitats requires a strategic approach to succeed.

"[The funding] will allow my Department, working in concert with stakeholders across government and the communities in question, to put concrete and sustainable measures in place to help secure the future of this species, which has a special place in Irish culture."

Corncrake is a species listed for special protection under Annex 1 of the EU Birds Directive, meaning EU member states must make a particular effort to preserve it.

Corncrakes require managed habitat throughout the breeding season. They rely on the cover of tall vegetation (>20 cm) and are strongly associated with meadows which are traditionally harvested once a year in late summer, where they nest and feed. Annual cutting creates a sward with an open structure, which is easy for the birds to move through, but harvesting means they must find alternative cover adjacent to meadows later in the season. Farming therefore plays a key role in the establishment, maintenance and conservation of Corncrake habitat.