Hundreds of dead or dying seabirds are being found across the UK as this spring's avian influenza outbreak continues to worsen.

Shetland has so far been the worst-affected region, although there are increasing numbers of reports of sick birds from much of mainland Scotland, as well as cases appearing in England and in other North Sea countries.

As reports increase, the number of species affected also appears to be increasing. Great Skua has been particularly hard hit in Shetland, with birds in Orkney, the Hebrides and Handa also affected. The National Trust for Scotland announced on Wednesday [8 June] that it had already lost 104 Bonxies, which it described as a "significant proportion" of the number breeding there.

Many Northern Gannets are also now succumbing to the virus, with large numbers of dead birds being noted at Shetland colonies and smaller numbers at Troup Head and Bass Rock. Corpses are washing up in their dozens on shores right across Scotland. 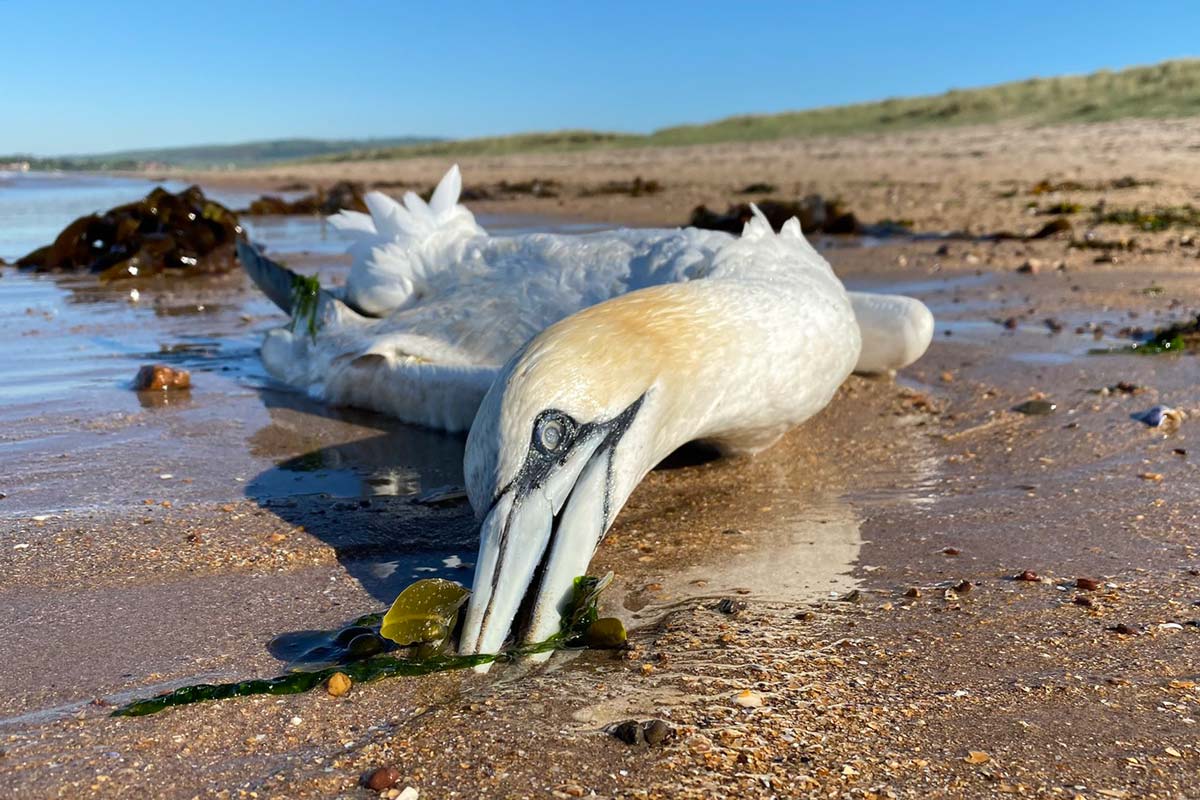 There are also signs that the virus is now affecting other seabirds, with reports of Guillemot, and Arctic and Sandwich Terns also among the species seen displaying symptoms. A Long-tailed Skua that had returned to Shetland for the second summer running also died after a rapid demise in its health alongside avian influenza symptoms. Further afield, numerous Sandwich Terns have been observed dead or dying with classic symptoms in The Netherlands.

During the winter, avian flu devastated the Solway Firth's wintering Barnacle Goose population, with estimates suggesting that more than a third of the Svalbard population died. Reports of pelicans dying in Greece and, during the winter, cranes in Israel's Hula Valley, have also been linked to avian flu. It has also been documented in birds of prey.

This spring, Scotland's globally important seabird populations are now bearing the brunt of the disease and fears are that the long-term impact on these species could be much more severe.

Conservationists are extremely concerned by the rapid spread of the virus. Katie-Jo Luxton, the RSPB's Director of Conservation, said: "Britain's seabird populations are of global significance. The UK holds 56% of the world's Northern Gannet population and Scotland has 60% of the world's Great Skuas. Both these species are Amber Listed. Our seabirds are already under massive pressure from human impacts including climate change, lack of prey fish, deaths through entanglement in fishing gear and development pressure. There is now great concern for the impacts of bird flu on our already beleaguered wild birds." Great Skua is one of the worst-affected species so far, but avian flu is now spreading into other seabirds with dire consequences (Mike Pennington).

The RSPB believes that UK governments must act now to both respond to the developing situation with avian flu and to ensure measures are put in place to reduce the other threats faced by the UK's seabirds.

Katie-Jo Luxton added: "Our seabird populations have halved since the 1980s. Now, a highly mutable and deadly new form of avian influenza, which originated in poultry, is killing our wild seabirds in large numbers. We urge UK governments to develop a response plan urgently – to co-ordinate surveillance and testing, disturbance minimisation, carcass disposal and biosecurity.

"In the longer term, we urge much higher importance be given to prioritising and funding seabird conservation, so we help make our seabird populations more resilient to these diseases alongside other pressures."

If you come across dead or sick birds, do not touch them. Instead, please report them as soon as possible to the DEFRA helpline on 03459 33 55 77.