How to protect lambs from eagles

Trials are underway by Scottish Natural Heritage (SNH) on how to reduce the impact of White-tailed Eagle predation on sheep farming.

Removing trees where White-tailed Eagles nest next to lambing areas and new scaring methods are two techniques being tested on a small number of 'monitor farms' in Scottish west coast locations. These methods are being trialled in places where other management measures, such as extra shepherding, have failed to prevent loss of livestock.

SNH granted a licence this week to Forest Enterprise Scotland (FES) to fell two trees where the species has nested previously. The trees are on the National Forest Estate, north of Oban, Argyll, next to a farm where losses of lambs from ‘sea eagle’ predation has been thoroughly investigated and demonstrated.

It is hoped that removing nest trees will encourage birds away from areas where they’re feeding on lambs, as the raptors can change nest locations when the structures are destroyed by natural causes. The licence will only be granted for periods outside the breeding season to ensure that breeding birds aren’t disturbed. The effectiveness of these techniques and the response of the eagles themselves is being closely monitored by SNH contractors. 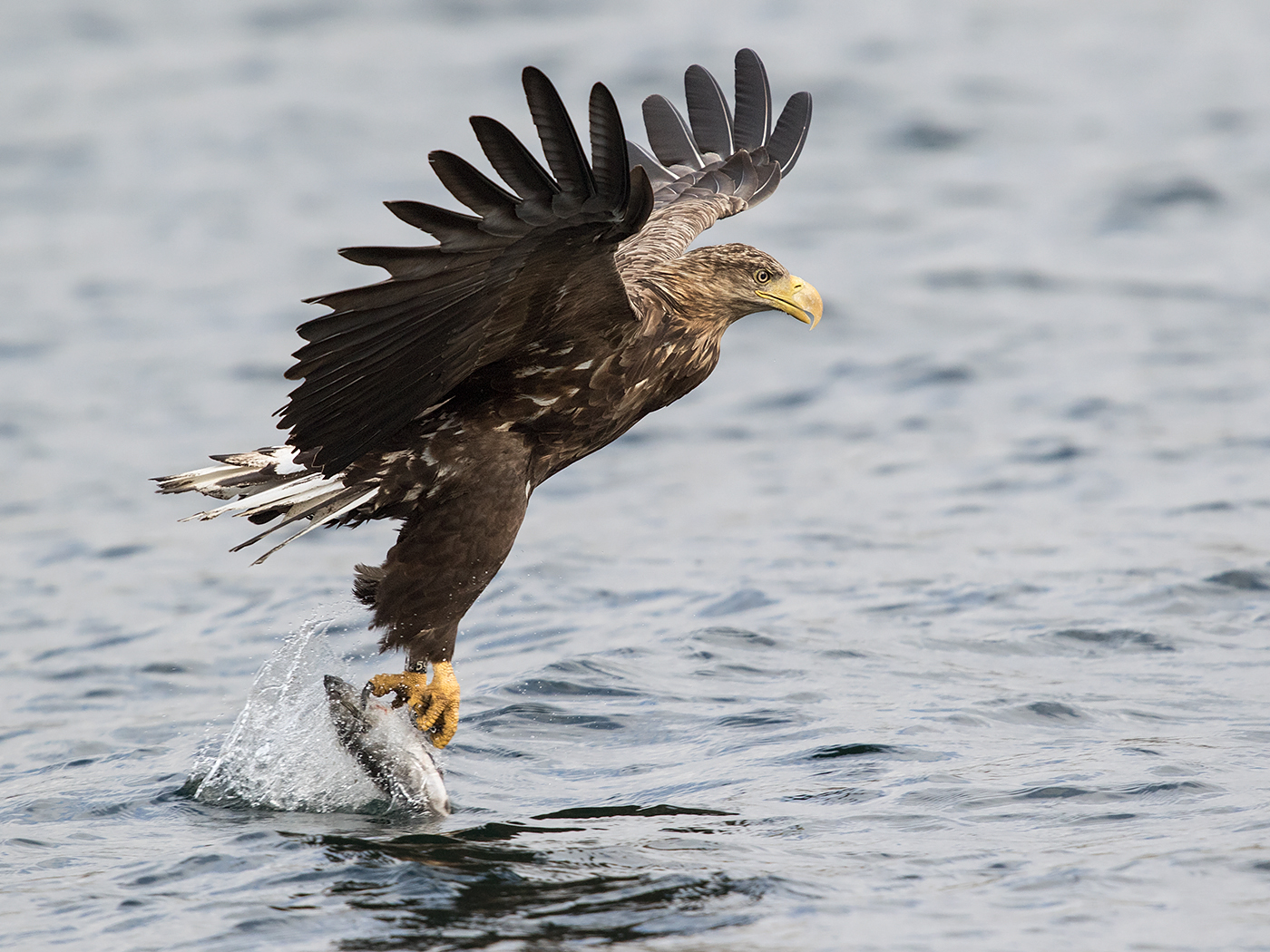 White-tailed Eagles are well known for their penchant for fish, but eagles taking lambs is causing tension between farmers and conservationists in some parts of western Scotland (Norman West).

New scaring techniques are another method being researched, including audio or light-based scaring methods. If successful, these techniques could be used in the future as one of a range of options to protect livestock where impacts have been thoroughly demonstrated.

This work is part of the Sea Eagle Action Plan, managed by the National Sea Eagle Stakeholder Group. The plan pinpoints a number of monitor farms in Argyll and Skye to look at White-tailed Eagle activity in more detail and test actions aimed at reducing the impact of the birds on livestock.

SNH Sea Eagle Project Manager Ross Lilley said: “We recognise the serious concerns that some farmers and crofters have about the impact of sea eagles on their livestock. We’re working closely with farmers and crofters, National Farmers Union Scotland, RSPB Scotland, Forest Enterprise Scotland and others to thoroughly understand the part sea eagles play in livestock losses. The trial is about finding a balance between livestock farming and wildlife and recognising the benefits that each brings to us all. This is a great example of working together to tackle issues faced by farmers and crofters while ensuring healthy populations of this spectacular species.” 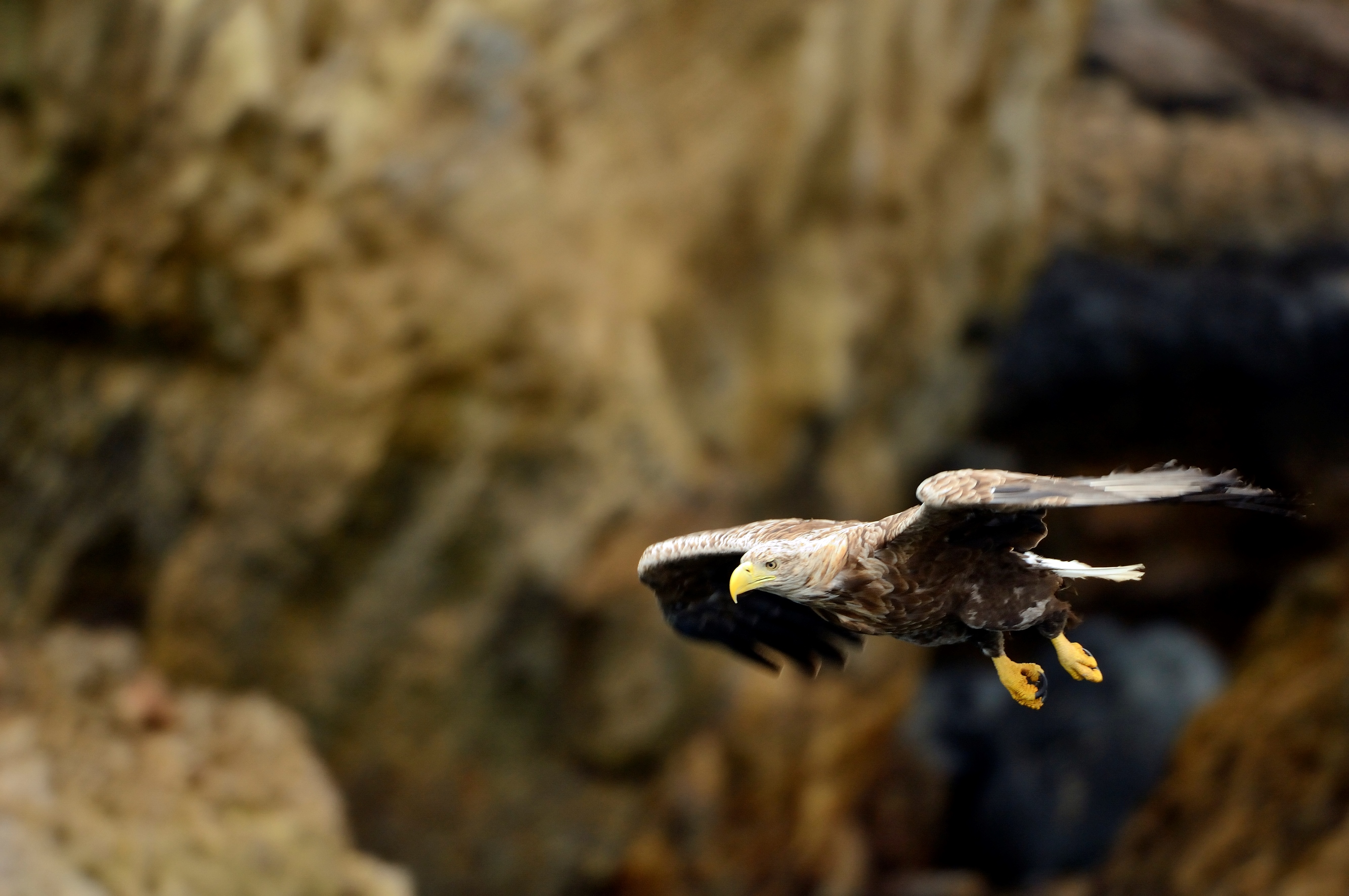 The population of reintroduced White-tailed Eagles is believed to be back to sustainable levels in the wild in Scotland, but this can only be continued with the help of farmers and landowners (Lorne Gill/Scottish Natural Heritage).

The National Farmers Union (NFU) Scotland also approved of the scheme, and their representative Andrew Bauer said: “NFU Scotland welcomes the continued commitment to find ways to reduce the risk of sea eagle predation of lambs and sheep. Farmers and crofters affected by sea eagles will be hoping the trial is a success but can be reassured that, regardless of the outcome, their plight is recognised and work to remedy it will continue.”

The current management scheme is operating from 2015-2018 and is investigating all issues involving White-tailed Eagle impacts on livestock, with local stakeholder groups set up across the sea eagle range in Argyll and Lochaber and Skye and Lochalsh. Other groups are being established where the demand arises.

There have been three release phases to re-establish the eagles, which were extirpated in 1918. Two releases occurred on the west coast of Scotland from 1975-85 (Rum, Argyll) and from 1993-98 (Wester Ross, ross and Cromarty), and one on the east coast (Fife) from 2007-12. Since the reintroductions, a healthy population of White-tailed Eagles has been present in Scotland with 113 pairs according to the latest count. A 2016 SNH report predicted that the number of White-tailed Eagles is likely to be around 221 pairs by 2025, with the potential for a much larger population by 2040.