A House Sparrow has been rescued by firefighters after it got caught up in some string. 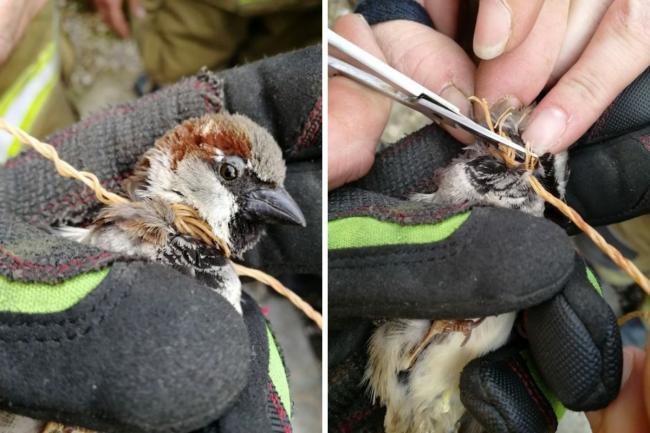 "It had returned to roost and was spotted by a local youngster. We used a nine-metre ladder to bring it back to earth before cutting it free."