The shallow waters of Ulcinj Salina, a traditional salt pan in Montenegro, feed and support more than 250 species of bird. However, recent proposals to build a large-scale tourism resort threaten to obliterate it.

Traditional salt pans are one of the rare examples of a man-made landscape that are very productive for birds. The shallow, briny waters at Ulcinj teem with life, with Greater Flamingo, Black-winged Stilt and Dalmatian Pelican being just a few of the species that rely upon its rich feeding grounds. However, their future has started to look precarious after salt production closed down. 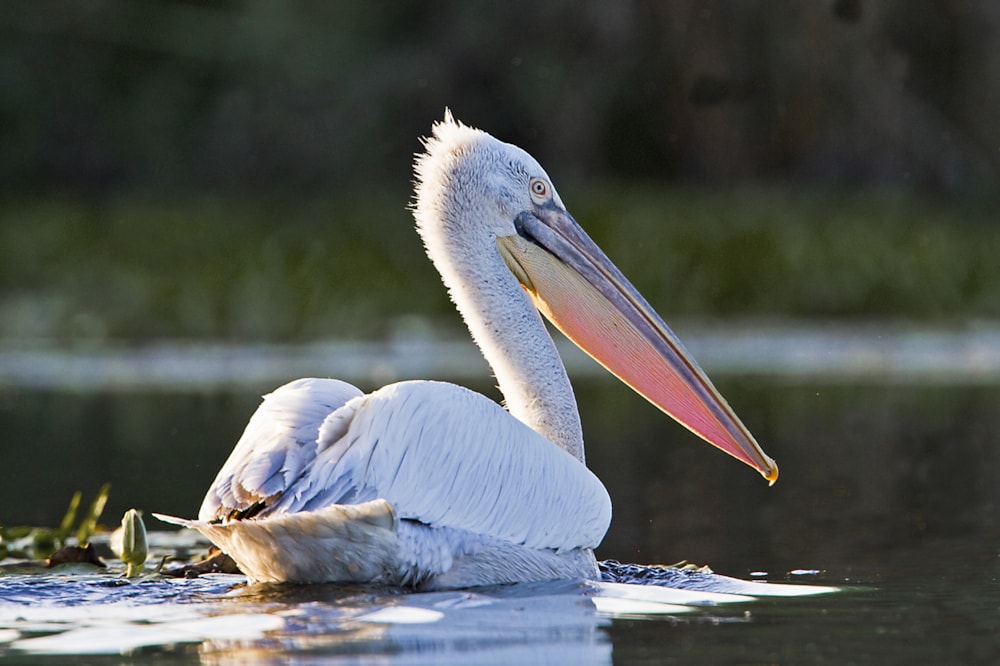 Dalmatian Pelican is one of over 250 species of bird to regularly use Ulcinj Salina salt pans (Peter Beesley).

The site had successfully produced salt for almost 70 years, when it was privatised in 2005. By then, the company Eurofond bought 75 per cent of the shares of Solana Ulcinj for just €800,000. Afterwards, Eurofond started winding down the business until the salt-making company Bajo Sekulić declared bankruptcy. About 400 people in the region lost their jobs due to this, and the tradition of salt production then ceased. In addition, criminals destroyed and stole some of the pumps.

As the pumping-in and circulation of sea water is disrupted, the former salt basins gradually become freshwater habitat; now, thousands of waterbirds are in danger of losing an important resting and nesting site.

Since 2011, Eurofond has been planning to sell Ulcinj Salina to big investors planning the development of a luxury tourist resort, with a golf course, spa and marina – works would completely destroy the ecosystem of the area.

Montenegro is a candidate for membership of the European Union and, although the European Commission has been urging the Montenegran government to protect Ulcinj Salina for its conservation importance since 2015, this has so far not been done. The salt pan is a candidate for the Emerald Network of Areas of Special Conservation Interest and fulfils six of the nine criteria to become a Ramsar Wetland of International Significance, yet still the country's government has not submitted the applications. Only national and international protection status can prevent further attempts for infrastructure projects in the salt pan.

In April 2018 the Montenegran Minister for Sustainable Development and Tourism, Pavle Radulović, promised to initiate the declaration of Ulcinj Salina as a Nature Park, and to restore the salt production and the ecological viability of the area. The Minister promised to initiate this process in mid-May. As this has not happened, a coalition of NGOs has launched an international petition to increase the pressure on the Montenegran government and finally give Ulcinj Salina the protection it deserves. Restoring this traditional salt pan would not only benefit birds but create hundreds of jobs in an industry that is bird friendly and sustainable.

Add your voice to the #SaveSalina campaign by signing the petition here.