Hope at Hand for Farmland Birds 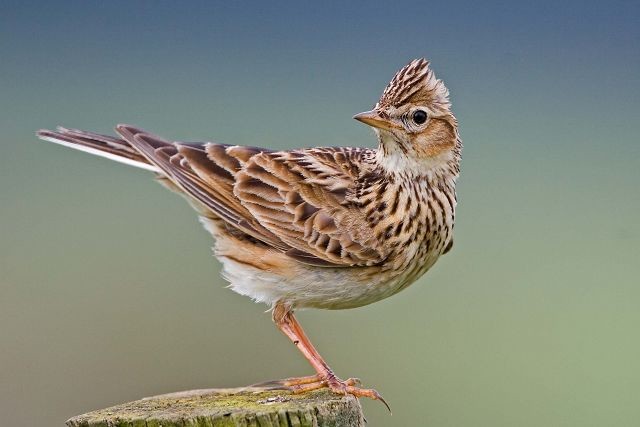 Farmland bird numbers could increase four-fold if a set of new measures is included in green farming schemes, researchers say. Their report, Enhancing Arable Biodiversity, published today after a five-year study, identifies six techniques, to encourage arable wildlife, that would help reverse the declines of species such as Skylarks, Yellow Wagtails and Yellowhammers. The study, by the 21 farming, environment and research groups that form SAFFIE - Sustainable Arable Farming For an Improved Environment - says farm profits would not be affected provided the government gave farmers appropriate support.

James Clarke, SAFFIE Project Director, said: "More than 20 per cent of farmland is arable and half of that is used for autumn-sown crops, which means fields and margins in summer can be too dense for birds seeking nesting sites and food for their young.

"Winter cereals are important for food and biofuels. The measures suggested by the SAFFIE research could enhance farmland biodiversity and are compatible with modern arable farming. This is a real opportunity for the government to meet its targets for reversing the decline of farmland birds. It's about providing bed and breakfast for farmland birds." 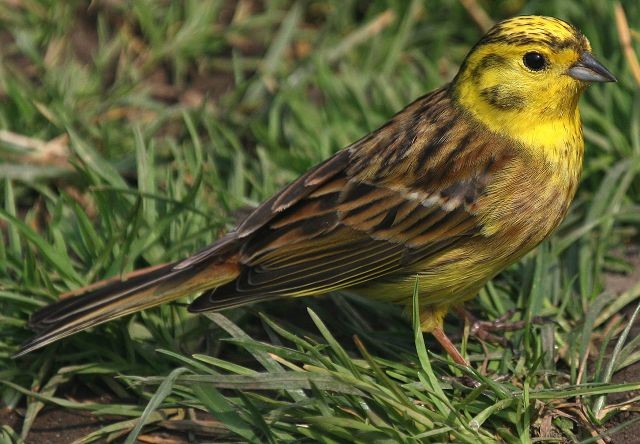 Research for the £3.5 million SAFFIE project was carried out on 36 farms in England and Scotland. It found that Skylark plots - small bare patches in arable fields - together with strips of grasses and wild flowers on field edges, increased the numbers of some birds by between three and four fold. Plant diversity and open spaces in these strips were important because they encouraged beetles, which are sought by birds as food for their young, and allowed birds access to them. Using an herbicide to control fast growing grasses allowed other plants, bees and butterflies to flourish. Skylark plots were incorporated in the government's environmental schemes two years ago but take-up has been low. The researchers, who included ADAS, the RSPB and the Crop Protection Association, believe changes to these schemes, based on SAFFIE findings, would prompt more farmers to take part.

James Clarke said: "We don't want uniform fields or field margins and are not suggesting that all farmers should do the same thing. But we need a diversity of habitat and if we have that, we'll have a wide variety of thriving wildlife."

Jonathan Tipples, a farmer and the SAFFIE Project Chairman, said: "We set out to develop measures to encourage wildlife that would be acceptable to commercial farmers. Thanks to the hard work and good science of everyone involved in the project, we now have six practical ways to enhance biodiversity in winter cereals." 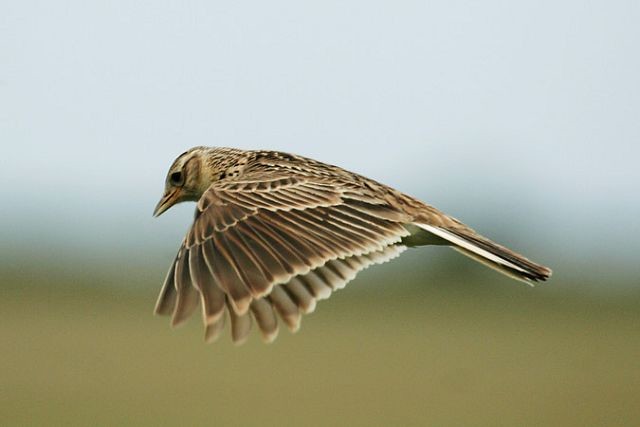 Graham Wynne, RSPB Chief Executive, said: "Measures for wildlife can be used by farmers without harming a farm's profits. The recommendations SAFFIE is making could make an enormous contribution to helping farmland species recover their numbers and making rural businesses more sustainable. We very much hope the government and Natural England will take these proposals on board."

Anne Buckenham, Policy Director, Crop Protection Association, said: "This is an outstanding example of Government, scientists, NGOs, levy payers and industry working together successfully to develop solutions for the benefit of biodiversity whilst maintaining crop yields. Farmers can receive £30/ha from environmental schemes. We now need to make sure the opportunities SAFFIE has developed are incorporated in the forthcoming review of environmental stewardship schemes."

Dr Ann Davies, Defra - Head of Policy for Entry Level Stewardship, said: "This type of research is fundamental to the on-going development of Environmental Stewardship and the SAFFIE recommendations will help us make evidence-based decisions about changes to the Scheme."

Written by: Issued by the RSPB on behalf of the Sustainable Arable Farming For an Improved Environment (SAFFIE) project
Login to leave a comment
Return to List