Hides destroyed in Gloucestershire and Perthshire

Bird hides at sites in Gloucestershire and Perthshire have been vandalised during the spate of hot weather at the start of the month.

Gloucestershire Wildlife Trust have said that they are 'struggling with anti-social behaviour during the recent hot weather', include littering and arson, and revealed pictures of a hide at Whelford Pools, Fairford, being burned down. 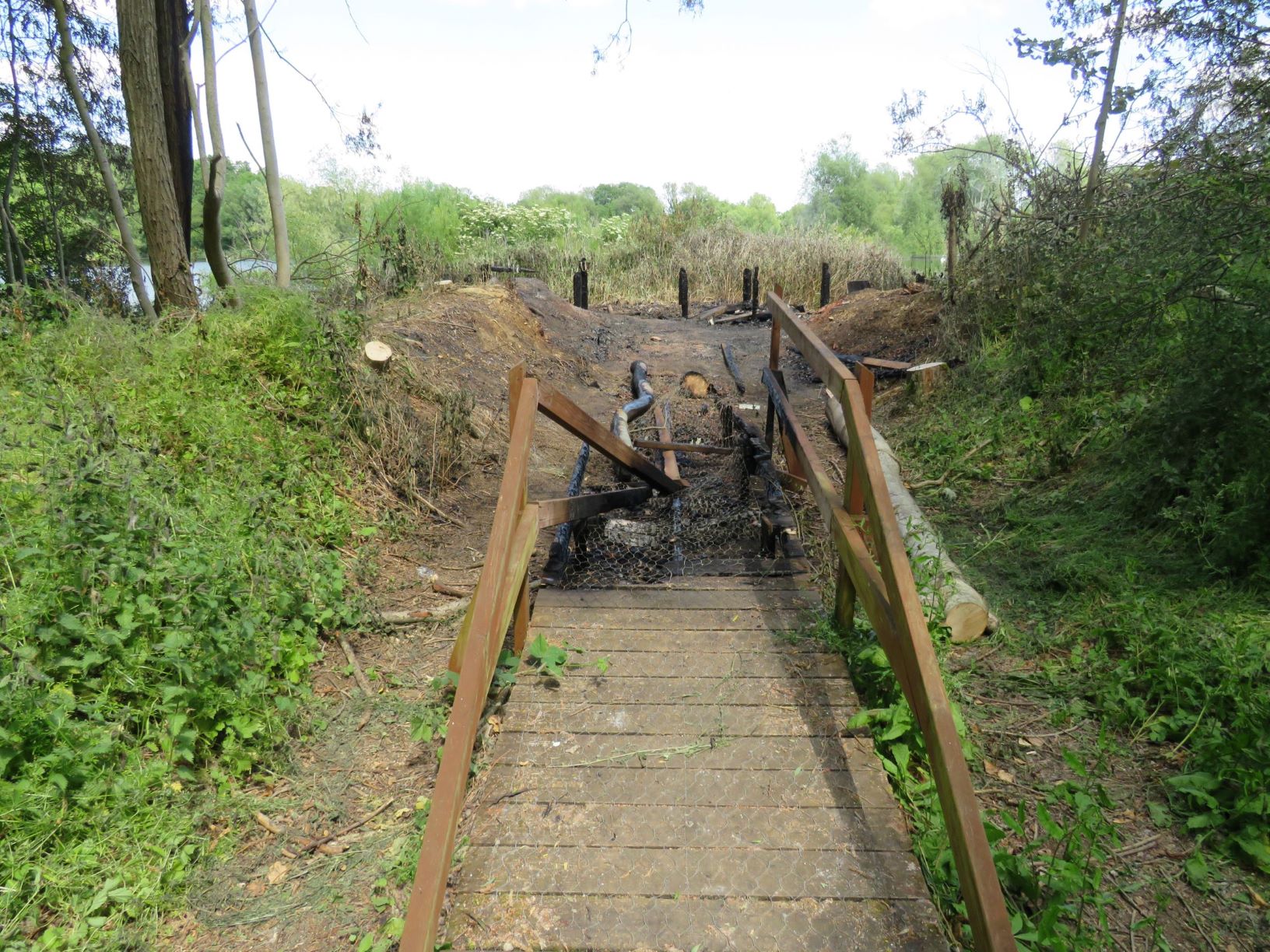 The hide at Whelford Pools was burned to the ground (Gloucestershire Wildlife Trust).

A spokeswoman for the trust said: "Like many places we’ve been struggling with anti-social behaviour during the recent hot weather. The worst of which resulted in one of the bird hides at Whelford Pools sadly being completely burned down. We’ve also seen an increase in littering on nature reserves."

Meanwhile, at the other end of the country, in Perthshire, the Burleigh Hide at Loch Leven National Nature Reserve was damaged in an attack which saw wooden planks on the exterior of the structure snapped, windows smashed and, graffiti scrawled on the walls, while a trail of litter, beer tins and cigarette butts were left behind.

Police are urging anyone with information to come forward. The hide is managed by Scottish Natural Heritage. Rangers say the coronavirus regulations mean visitors to the loch should not be making unnecessary contact with the hides by going inside them. The team have now boarded up the entrance.

A spokesperson for the reserve said: "Unfortunately we have had a lot of vandalism to our hide at Burleigh. We are unable to lock our hides but please remember that they should not be used just now due to the risk of exposure to COVID-19 on hard surfaces.

"It is really upsetting to see that there are a few people who think it is acceptable to use the hides in this manner. Any information would be greatly received."