Hen Harrier has established a population on Lewis for the first time in recorded history.

Despite the species being present throughout most of the Outer Hebrides, including healthy populations on the Uists, Hen Harrier has been absent from Lewis with a lack of vole prey cited as the reason. While it's possible that isolated breeding attempts went unnoticed on Lewis, it was far from a regular or known breeder and indeed sightings were rare, prior to 2015. 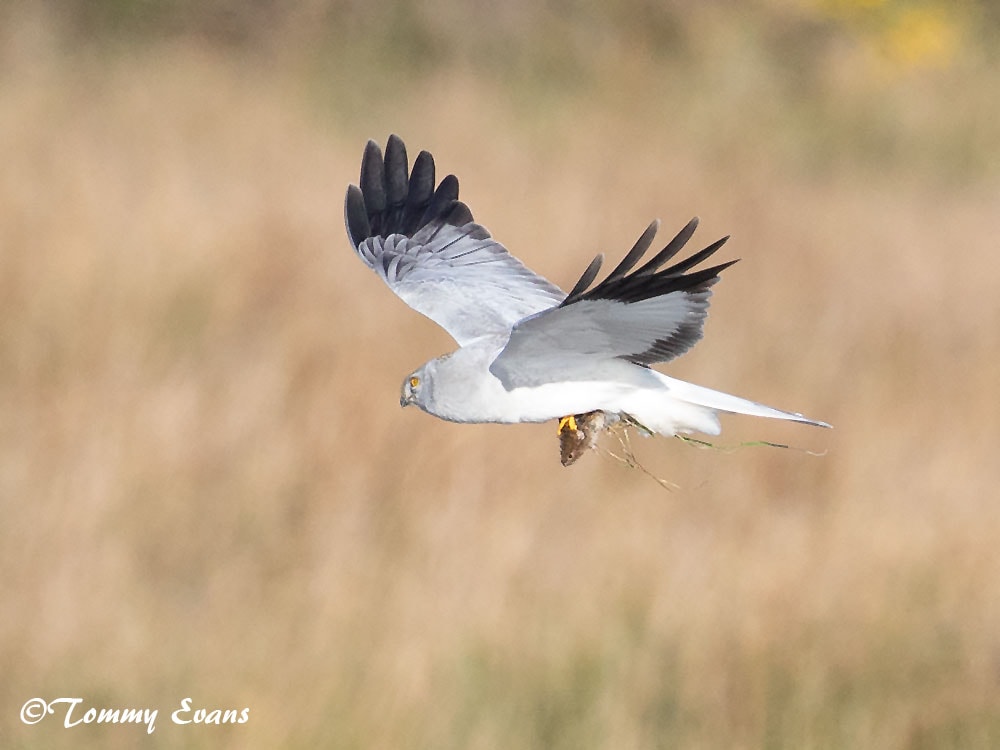 Hen Harrier has expanded its British range north-west by establishing on Lewis in the Outer Hebrides (Tommy Evans).

In 2015, the first nest was found on the island, with four located the following year. Surveys in 2019 located nine pairs and it is now estimated that there are more than 10 pairs breeding. It is thought that Hen Harriers have established on Lewis in response to changes in land management – sheep numbers have decreased on the island over the last 20 years and as grazing pressure has dropped, heather has recovered providing nesting habitat for harriers and more habitat for prey species, such as Meadow Pipits.

The presence of some young plantations in moorland areas is also likely to have been attractive to harriers and added diversity to their habitat. Worryingly, though, the core area where the harriers have chosen to breed is the site of the proposed Stornoway Wind Farm, a large 35 turbine proposal which is currently at application stage.

The RSPB has responded to this planning proposal with concerns that the wind farm poses a threat to the harriers, both from collisions with turbines and disturbance from the construction and operation of this large development. The organisation has asked for the removal of a number of turbines which are closest to the breeding and roosting sites of Hen Harriers and other sensitive species.