Hen Harrier dies after being caught in illegal spring trap

An adult male Hen Harrier has died after it was caught in an illegally set spring trap on a Scottish grouse moor. The trap had been set next to where the harrier was nesting and, despite being taken to a specialist veterinary surgeon, the bird died as a result of the injuries it received. The harrier's lower leg was almost entirely severed by the trap

The bird was discovered in great distress by members of the Scottish Raptor Study Group, who were undertaking a routine survey on 11 May on the Leadhills Estate in South Lanarkshire. A second illegally set trap was found on the harriers' nest, which held two eggs, though there was no sign of the female. 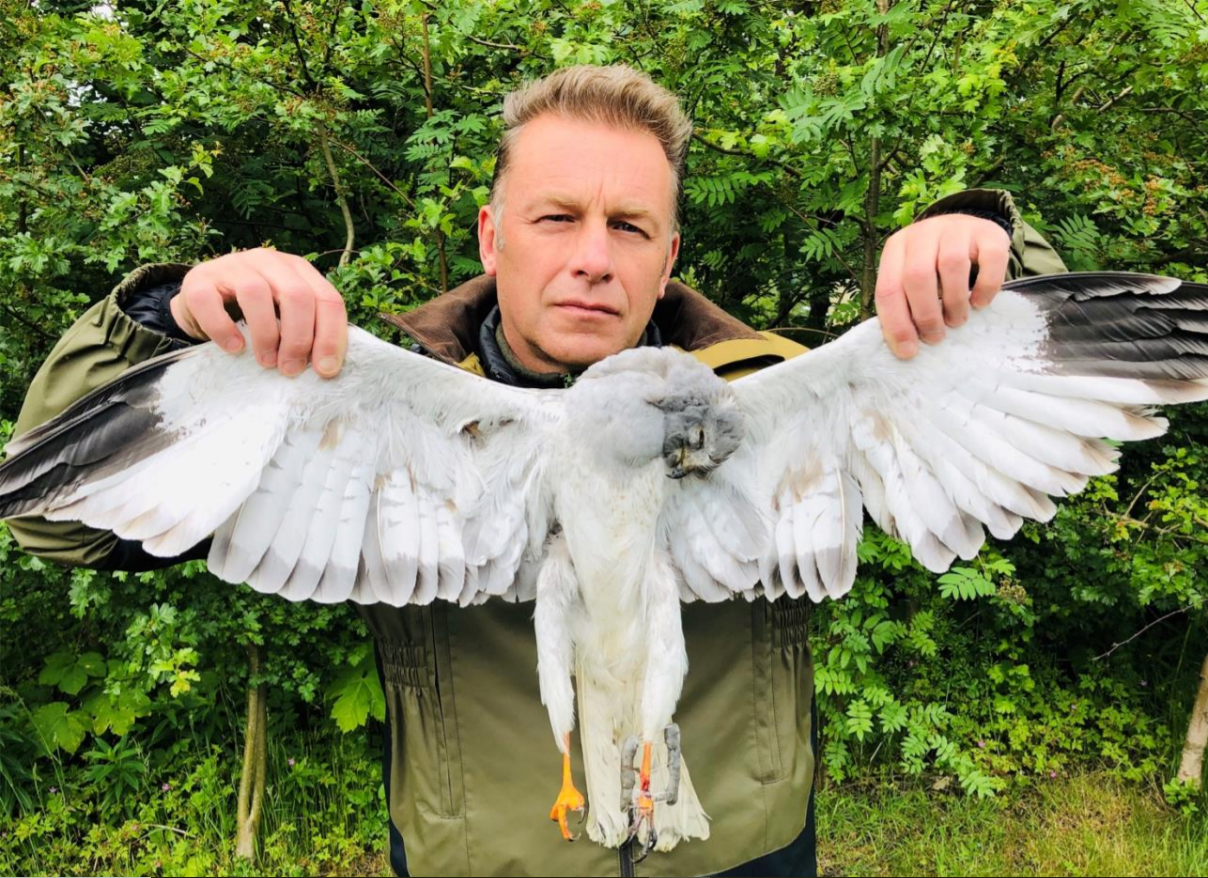 Despite efforts from a skilled veterinary surgeon, the Hen Harrier had to be put to sleep (Dr Ruth Tingay).

The members of the group rang the Scottish SPCA and informed the police, with the Hen Harrier collected immediately and taken to the vets. The traps were removed and the eggs transferred to an experienced falconer to see if they could be saved. However, despite the best efforts of specialist veterinary surgeon Romain Pizzi, the harrier’s leg was too badly damaged and the decision was made to put him to sleep. To compound the issue, the eggs didn’t survive either.

Following the incident, Police Scotland led a search of Leadhills Estate but found no evidence to connect anyone to the crime. This area of South Lanarkshire has gained a reputation as a wildlife crime hot-spot. Since 2003, the RSPB has recorded at least 50 confirmed raptor persecution crimes on or close to a number of grouse moors in the region, but only two have ever resulted in a successful prosecution – one gamekeeper was convicted in 2004 for shooting an owl and another was convicted in 2009 for setting out poisoned baits.

In 2015 a satellite-tagged Hen Harrier called Annie was found shot dead on a grouse moor in the area and the following year another satellite-tagged bird, called Chance, disappeared in suspicious circumstances nearby. On top of this, a third harrier vanished mysteriously earlier this year and in 2017 witnesses reported seeing an armed masked man shoot a Hen Harrier on a grouse moor in the area, but the suspect escaped on a quad bike before the police arrived.

The bird wasn’t found, but a few weeks later witnesses observed an unidentified man shooting a Short-eared Owl on a grouse moor, with the criminal escaping in a four-wheel-drive vehicle. The owl’s corpse was later retrieved, with the post-mortem confirming it had been shot; again there were no prosecutions.

Following ongoing concerns about the scale of raptor persecution on some driven grouse moors in Scotland, in 2017 the government commissioned a review of grouse-moor management with a view to bringing in a regulatory licensing scheme. The review’s author, Professor Alan Werritty, is due to report within the next few weeks. You can read more about this review and the difficulties of bringing prosecutions in wildlife crime in a special article by Dr Ruth Tingay in the September issue of Birdwatch (on sale at Birdfair and in the shops on 22 August).

Chris Packham said of this latest incident: “This despicable crime marks a most depressing day for raptor conservation in the UK and undoubtedly the darkest day for the whole shooting industry. It’s out of control, obviously beyond any form of self-regulation, and is tolerant of an utter contempt for the laws which are meant to protect our wildlife.

"This woeful death zone in South Lanarkshire needs cleaning up and clearing out now. This is 2019, not 1860 and this sickening spectacle has to consign driven grouse shooting to the dustbin.”

Dr Ruth Tingay added: “To be perfectly frank, what has happened here transcends the need to wait for the Werritty Review to report. This is brazen criminality, in broad daylight, conducted by someone secure in the knowledge that a prosecution is highly unlikely.

"The Scottish government cannot continue to prevaricate on this issue while our wildlife suffers such barbaric acts. We know what’s going on, we know where it’s going on and the government has a duty to act. Now.”

Anyone with information about the traps found on Leadhills Estate is urged to contact Police Scotland on 101, or the RSPB’s confidential raptor crime hotline 0300 999 0101.

In the following film, Chris Packham meets with experts to unravel the story. This video contains scenes some viewers may find distressing.