Imagine finding out that the nature reserve that you and a small team of dedicated volunteers had spent the past 15 years developing into a fabulous wetland could be destroyed by a new ring road. That is exactly the position Alan Peters, volunteer warden of the Bicester Wetland Reserve, found himself in recently. Alan raised the alarm around officers of the Banbury Ornithological Society, who have started a campaign to defend the nature reserve from the new road proposal.

The nature reserve is threatened by one of two options for the South East Perimeter Road for Bicester. Recently awarded "Garden Town" status, the town is facing traffic congestion problems. To address this, Oxfordshire County Council is conducting a consultation on two options for a new road:

BOS took on the nature reserve in 1999 under licence from Thames Water — it sits alongside their water treatment works on the south-east edge of Bicester. Over the past 15 years the reserve has been transformed into a rich wetland habitat, with a series of shallow pools, a small reedbed and grazed wet pasture. The reserve is now designated as a local wildlife site and is of county importance for birds in every season — breeding, wintering and passage. There are two hides overlooking the wetland and a short trail enables easy viewing of the main areas. 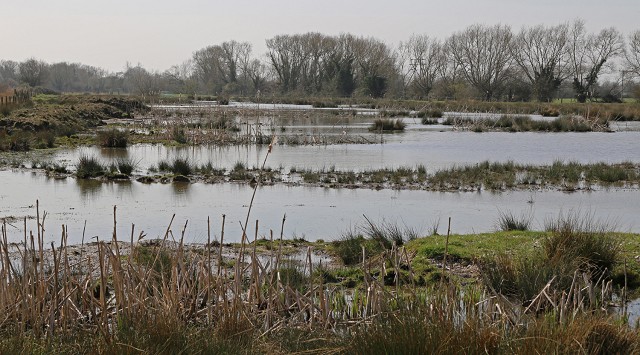 Green Sandpipers are a particular feature during migration and over winter, with a maximum day count of 23. Up to 130 Common Snipe winter here, with regular Jack Snipe. Wintering wildfowl have steadily increased: 250–350 Teal are regularly seen, with good numbers of Gadwall, Shoveler and Wigeon. 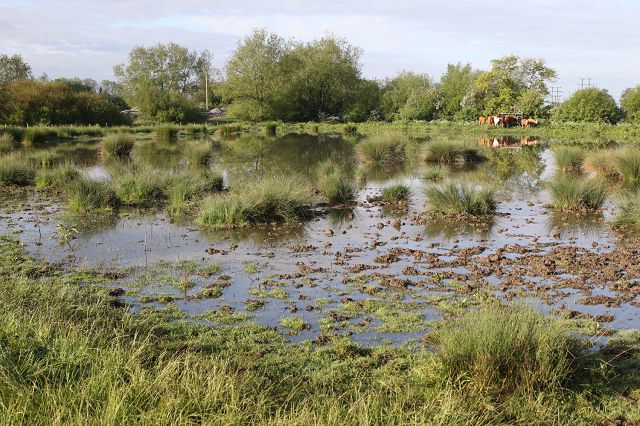 BOS is calling on as many birders as possible to respond to the consultation; every response really does matter. You can register your response by logging on to www.oxfordshire.gov.uk/PerimeterRoadBicester

This website gives you the outline to the scheme, explains the options and provides a link to the Feedback Form. There are seven questions in total; the most important are questions 1 and 2.

Question 1 — please tick "do not support at all" for Options 1a and 1b. You can remain neutral or support Option 2.
Question 2 — please select "Southern alignment: Route Option 2"
Question 3 — please describe why you think it is important to protect the Bicester Wetland Reserve as an important wildlife site for the area.

The number of responses matter, so please make sure you complete the form before the deadline of 18 December 2015.