Bird trappers have received severe sentences following a police and RSPB surveillance operation on a British military base in Cyprus.

Five Cypriot men have been fined for systematically trapping and killing wild birds, including Blackcaps and other warblers, on a British military base in Cyprus. 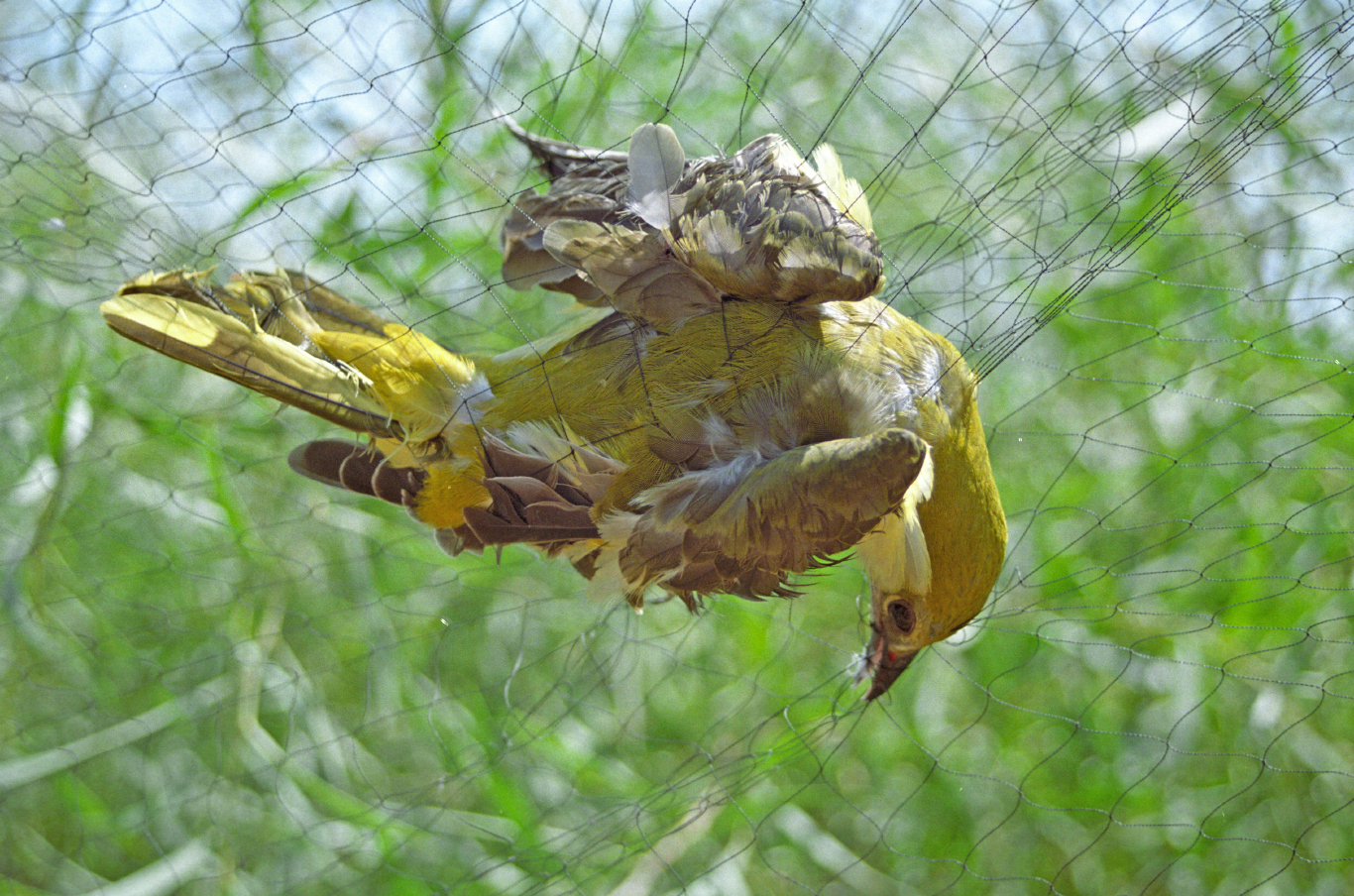 Golden Oriole is one of the many migrant species illegally trapped in mistnets (RSPB).

During seven operations, 19 people were secretly filmed catching birds in mistnets strung between acacia bushes. The shocking footage shows individuals removing the struggling birds then killing them with knives before tossing the bodies into buckets. This final case, Operation Image, now means all 19 men have been successfully convicted with a range of high fines and seven suspended jail sentences. 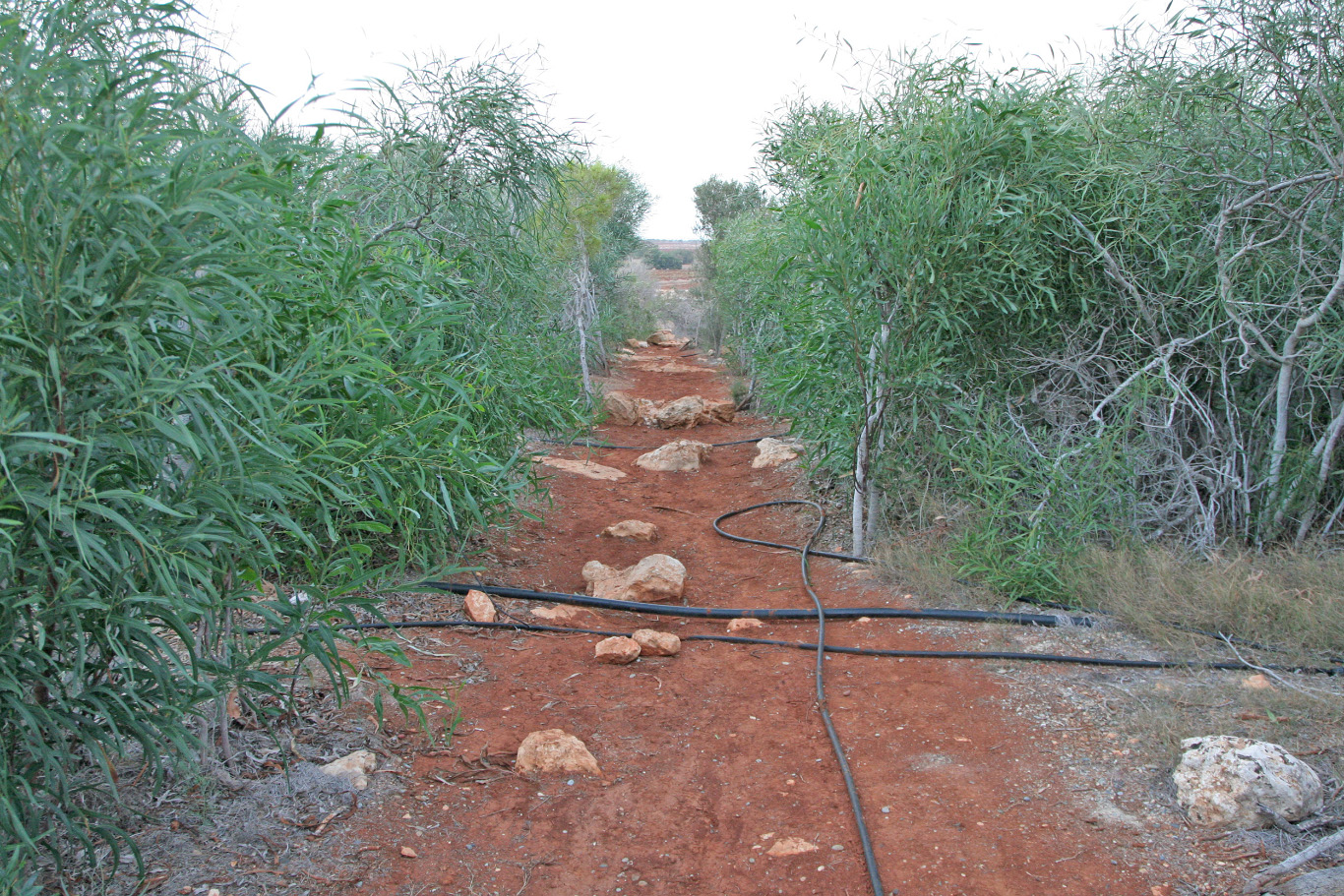 The trapping ride where five trappers were caught on camera (RSPB).

Operation Image took place within a large patch of non-native acacia containing several active trapping sites. The covert camera showed up to five men involved in bird trapping on seven days catching dozens of birds. The two main offenders received substantial fines of €6,600 and €3,200, and one also received a 20-month jail sentence suspended for three years. The other three men were fined between €800 and €1,700. All five men received a one-year exclusion order banning them from entering parts of the ESBA.

This was the first time this method of surveillance has been used by the SBA police to catch illegal trappers and was used again in autumn 2017, with more cases currently under investigation.

A report published by BirdLife Cyprus in March 2017 revealed that an estimated minimum of 800,000 birds were illegally killed on the ESBA in autumn 2016. The birds are caught to be sold to restaurants in Cyprus for the expensive dish known as ambelopoulia, a plate of cooked songbirds. 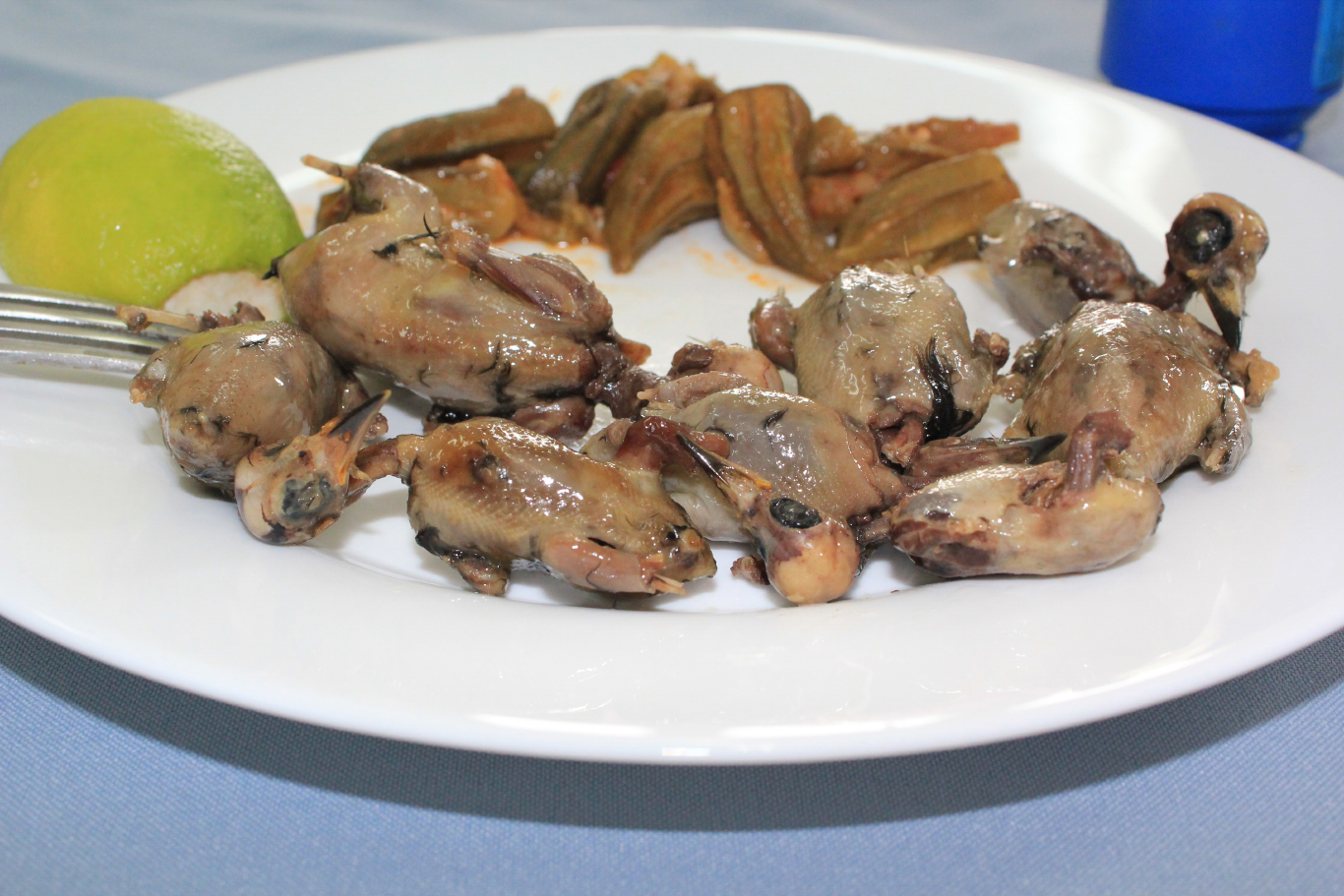 The birds are caught to supply the trade in wild birds intended for the Greek 'delicacy' of ambelopoulia (RSPB).

The report for the autumn 2017 trapping season is due out in the next couple of months. It is hoped that this surveillance work, plus other measures being taken by the SBA authorities including use of a high-specification drone and a programme of clearing the acacia irrigation pipes, will have significantly reduced the level of trapping.

Guy Shorrock, Senior Investigations Officer at the RSPB, said: “We are delighted with the success of our collaborative work with the SBA police in 2016 and 2017 and immensely grateful for the efforts of the officers we worked with. It was great to be able to apply methods we have developed in the UK to help tackle the serious bird-trapping problems on Cyprus.

“The graphic footage obtained shows the callous actions of the trappers. We welcome the heavy sentences and the long three-year suspended jail terms [will] put seven trappers in very serious positions should they decide to continue trapping. We hope the sentences will deter the trappers from using the base area and make it easier for further acacia clearance to be undertaken. These trees are planted to create an artificial habitat for birds expressly to attract and then trap them. Clearing the rest of the acacia needs to be completed to finally remove these killing fields.”Martin Hellicar, Director of BirdLife Cyprus, said: “Illegal bird trapping is a persistent problem and we need meaningful court sentences which recognise that this is a serious wildlife crime. We hope that more deterrent sentences like these and the continuation of the acacia-clearance programme will reduce the levels of illegal bird trapping in the ESBA.

“At the same time, BirdLife Cyprus will continue pushing hard for action against law-breaking restaurants in the country [which] sell the trapped birds, and also with our education efforts in schools and beyond, with the aim of reducing the demand that drives the bird killing.”