A headstarted Eurasian Curlew – incubated as an egg and reared in its local landscape – has returned to its breeding site in Shropshire for the first time. The bird is one of six chicks reared in Shropshire in 2017 as part of the UK Lowland Curlew Recovery Project, also known as Curlew Country.

Eurasian Curlew has declined by some 46 per cent in Britain during the last couple of decades, and was Red-listed in December 2015. The project started in 2017, following a successful application to Natural England for a licence to collect eggs from nests. In 2017 and 2018, Curlew Country successfully released 27 chicks using this methodology, which was a 207 per cent increase in productivity of natural nests that the team studied in the previous two years. 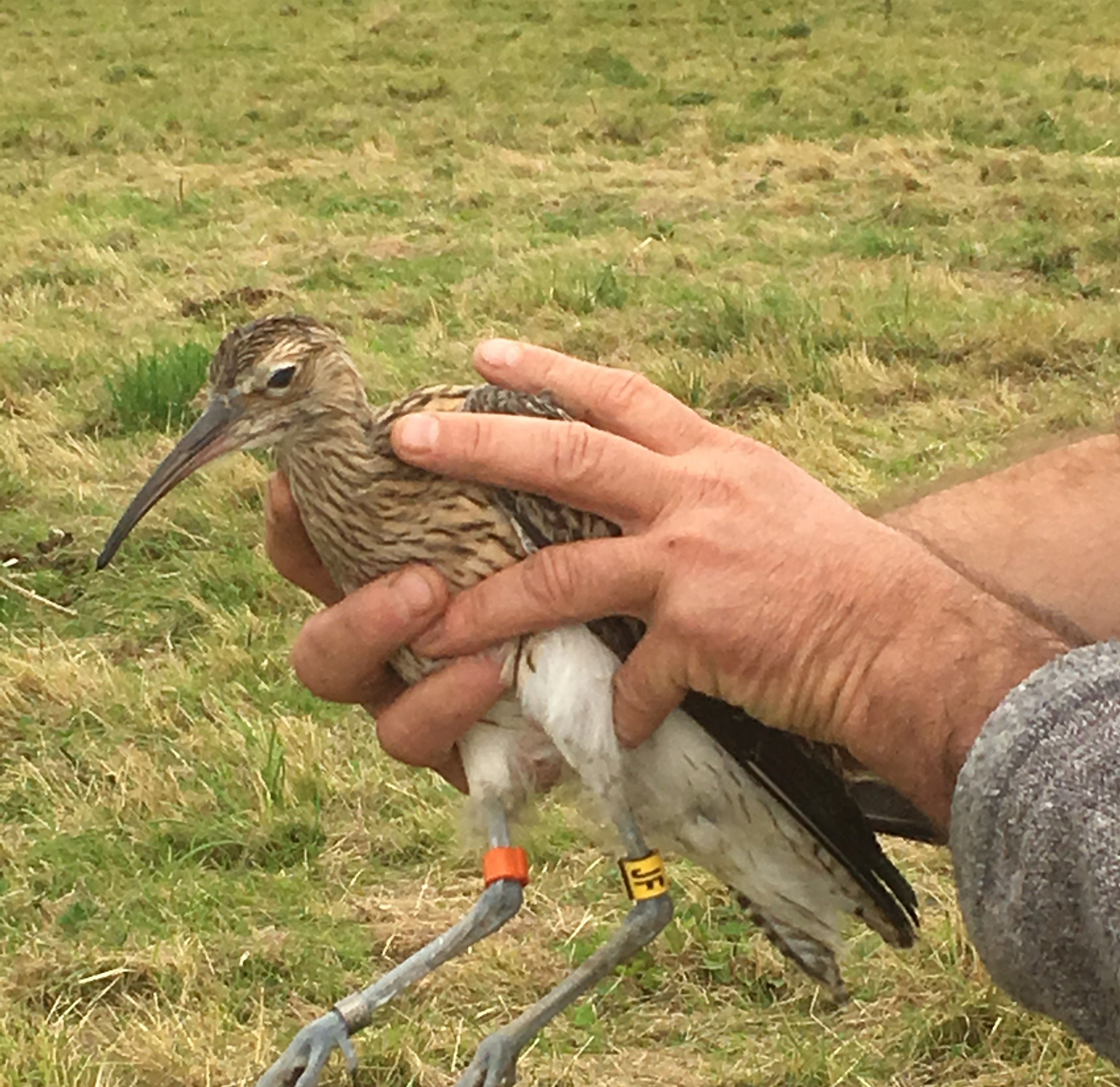 The significant population of up to 40 pairs in the Shropshire Hills is one of only a few lowland populations of this size remaining outside of nature reserves. Project Manager Amanda Perkins said: "Seeing the result of all our hard work – not just the project team, but farmers, landowners, fundraisers and the local community – is a proud moment, but we must make sure it isn’t wasted.

"Now we have shown that this process can work, we need a policy that allows those managing the land to give all Eurasian Curlew a fighting chance."

Working with farming and land managing partners, Curlew Country discovered that no chicks survived from any of the 30 nests monitored in 2015 and 2016 (prior to headstarting) and each year only three nests got beyond egg stage to hatch chicks. Predation was the main cause of loss, with other failure due to a range of reasons. A more flexible approach to practices such as cutting and rolling, as well as the creation of ideal habitat, could help stabilise the future of breeding Eurasian Curlew.