A project to re-establish Eurasian Curlew as a breeding bird in Sussex is underway after a headstarting scheme commenced this month.

The scheme, headed up by The Game & Wildlife Conservation Trust (GWCT), saw 40 curlew eggs were collected under licence from Natural England from North Yorkshire, with vulnerable nests (e.g. in silage fields, close to footpaths) selected. Eggs were incubated for three weeks, then transported to Sussex where 37 were hatched and reared. 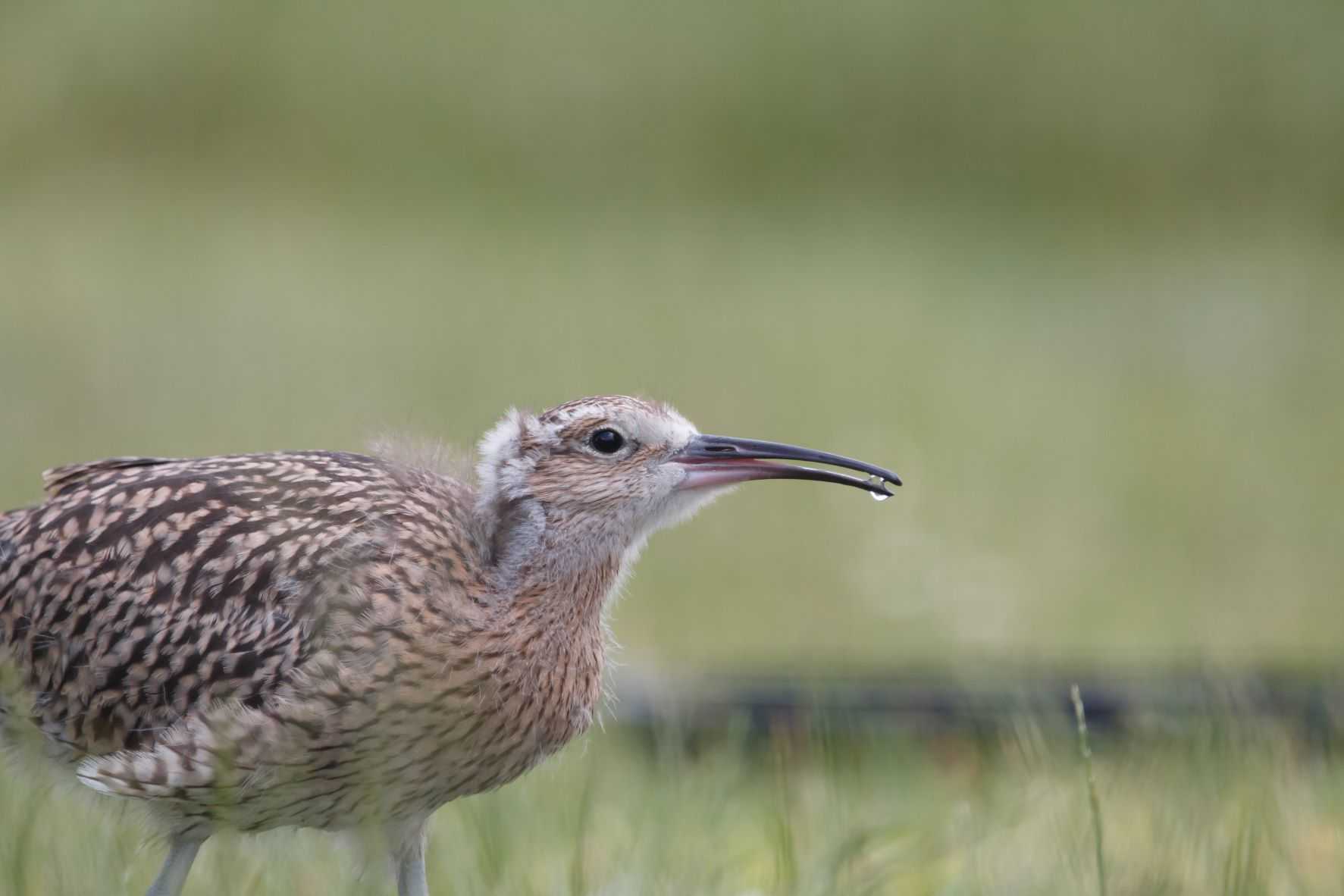 A young curlew in a holding pen in Sussex (Adam Huttly).

The birds have been released on the Norfolk Estate near Arundel. The estate has a proven track record of restoring farmland wildlife since 2003, with Grey Partridge numbers increasing from just 11 in 2003 to over 2,000 by 2014 and numbers of other ground-nesting birds, such as Northern Lapwing and Eurasian Skylark, doubling.

The GWCT's role is to obtain data on the survival rate, winter dispersal and site selection at breeding age of headstarted curlews through radio-tracking and GPS tracking of released birds. The curlews were released in two batches on 14 July and 25 July, aged about 55 days. 15 of the birds are fitted with GPS tags which will enable tracking of their post-release movements.

Releases are planned for five years subject to an annual review of the survival of headstarted birds and likely project success, with monitoring for at least ten years.

A website with more details of the project will be launched in August. All sightings of these birds would be appreciated, with emails going to Chris Heward at cheward@gwct.org.uk.