Hawaiian honeycreeper on verge of extinction

A Critically Endangered Hawaiian landbird is facing extinction, according to local conservationists.

A team from the Kaua'i Forest Bird Recovery Project (KFBRP) will attempt to catch the remaining individuals at Halehaha, where the shocking drop in number was noted (70 birds recorded in 2015 had declined to just five in 2021). If caught, they will be flown to Maui Bird Conservation Center to form part of a breeding programme. 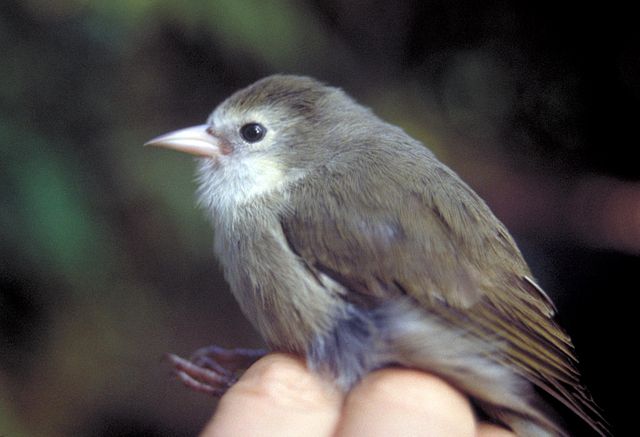 Fewer than 50 Akikiki are feared to remain in the wild (Carter Atkinson / USGS).

Several reasons are cited as being behind the observed decline of Akikiki across Kaua'i. The introduction of non-native species has disrupted local ecosystems – in the words of KFBRP, "once-ideal forest is currently out of balance" – with a mosquito-borne avian malaria having been particularly destructive. Habitat loss and a 1992 hurricane have also taken their toll.

Given Akikiki's susceptibility to avian malaria, researchers fear that the species could become extinct within as little as two years.

Scientists have been working on a project to introduce sterile mosquitos locally in order to reduce the impacts of the disease-carrying insects. The Birds not Mosquitos initiative aims to use naturally occurring bacteria as a mosquito 'birth control' to suppress mosquito populations in Hawai'i.

However, such scientifically complex operations take time and its goal is still "years away", according to a spokesperson for the Hawai'i Department of Land and Natural Resources – by which time it might be too late for Akikiki.