Hawaiian Crow to be returned to the wild

Extinct in the wild since 2002, the tool-using Hawaiian Crow is to be reintroduced on Big Island this November.

Hawaiian Crow, also known as 'Alala, was common until about a century ago but then declined rapidly due to pressure from invasive predators, disease and persecution by farmers. The last wild birds died out in 2002.

Fourteen years later, the species is due to be reintroduced to the wild. Six captive-bred fledglings, descended from a handful of crows taken for captive breeding before the wild population died out, will be released in the predator-free Pu'u Maka'ala Natural Area Reserve — the culmination of years of intensive conservation work to save the species from extinction.

This work has recently included talking to local landowners who might soon encounter the crows on their land, giving presentations to schools and community groups to build up public support for the birds, obtaining the necessary permits for the reintroduction to go ahead and building aviaries at Pu'u Maka'ala.

The crows, which hold great value in traditional Hawaiian culture, will be monitored constantly. Each released bird will be equipped with a GPS transmitter. This will allow conservationists to see how the birds fare after release, as well as to learn more about how they behave in the wild — something that hasn't been closely studied since the 1990s. The data will help to provide clues as to their diets, habitat use and, in general, what they need to survive and thrive in the wild as more captive-bred birds are released. The next six fledglings are scheduled for release early next year, with more in the future.

The big question that remains is how well the birds will fare on their own. Previous attempts at releasing captive-bred birds back in the 1990s failed because the crows either caught diseases or were picked off by natural predators such as Hawaiian Hawk. If the released 'Alala do as well as they are expected to, project members anticipate that the birds will start to breed in the wild for the first time in decades. 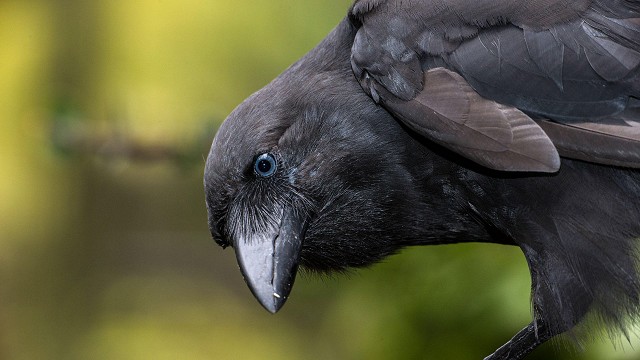