Dozens of hand-reared Eurasian Curlews have been released onto reserves in Gloucestershire as part of a trial to conserve the species in lowland England.

It is hoped that the birds will join endangered wild populations and return to the Severn Vale in future years, boosting the numbers of breeding pairs in the area.

Eurasian Curlew, recently referred to as the "panda of UK conservation" by ministers, has declined rapidly across many parts of the UK and could be lost forever in some areas in as little as 15 years in if nothing is done, forcing experts at the Wildfowl & Wetlands Trust (WWT) to intervene. 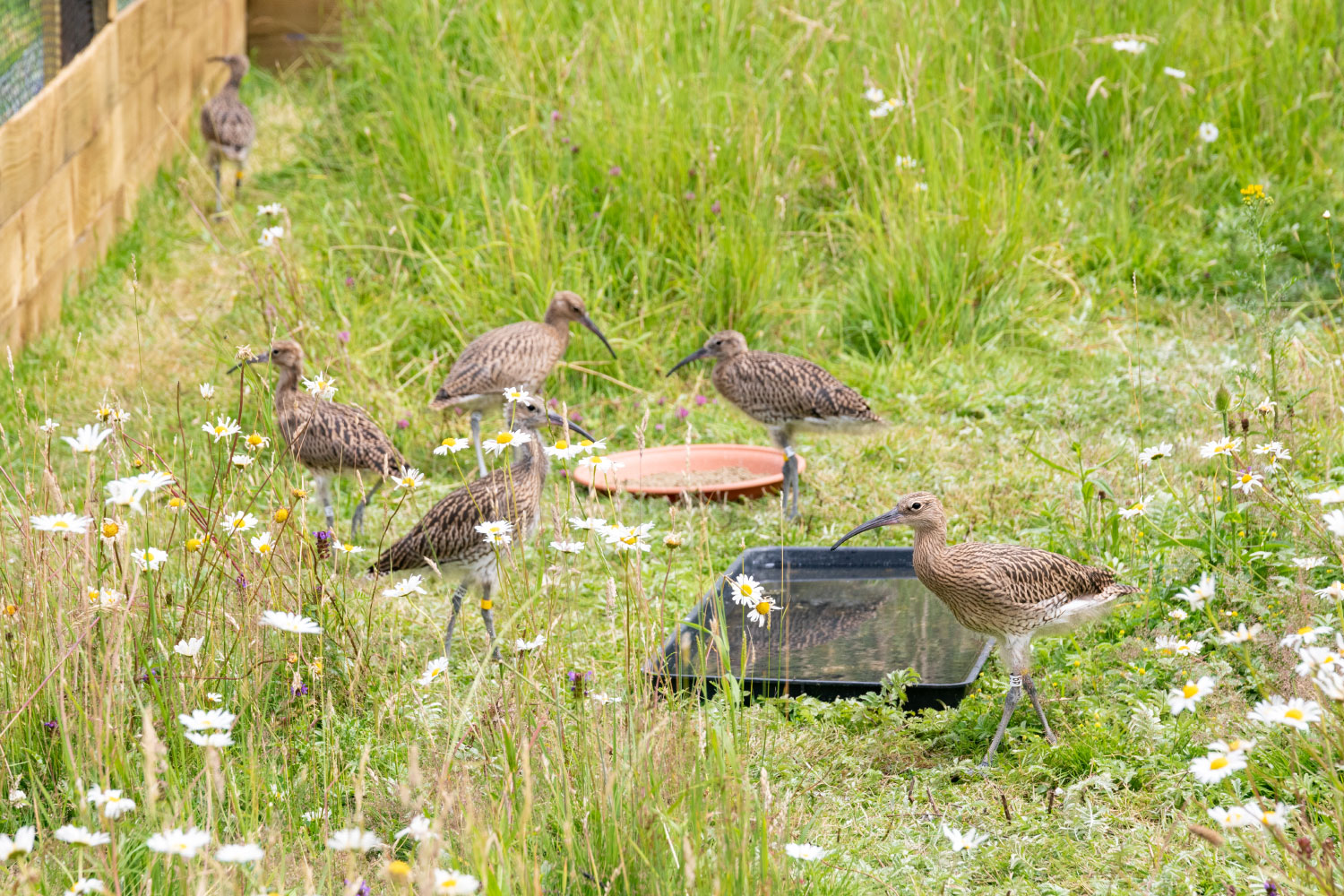 The headstarted youngsters have grown well and are now being released (WWT).

Mark Roberts, Principal Conservation Breeding Officer at WWT, said: "The clock is ticking and we're quickly running out of time to save our biggest wading bird.

"Our team has had their hands full playing Mary Poppins to over 50 curlew chicks over the past several weeks but they've outgrown their nursery and seem to be settling onto the reserve nicely.

"They have a long journey ahead but we're hoping many will return to the Severn to breed when they're older."

The eggs were rescued from nests on military airbases in Norfolk, where they would have been destroyed, under licence, to protect air safety. They were then transported to Slimbridge WWT, where they were raised.

Curlew chicks are able to feed themselves from the moment they hatch. However they will freeze when they're in danger, which makes them particularly vulnerable to farm machinery and predation.

Even in healthy populations, only a small proportion of chicks will survive to fledge. Protecting them during this vulnerable stage and releasing them into the wild once they can take flight boosts the number of fledglings produced by a population – a technique known as headstarting, which has been used successfully in the Russian Far East to bolster Spoon-billed Sandpiper populations and, more recently, on the fens of Cambridgeshire and Norfolk to help Black-tailed Godwits.

Headstarting is just one element of the project which also involves working with farmers to protect nests and chicks by using fencing and changing hay cutting dates.

Over the past few decades, curlews have been struggling to raise their young in the British countryside. Older birds are dying off and there aren't enough young surviving to maintain a stable population. The observed decline of Eurasian Curlew in the lowlands is likely linked to long-term changes to countryside management. Because they often nest in silage fields, their eggs and chicks are prone to being destroyed by farm equipment. The eggs and chicks also suffer extremely high rates of predation, particularly from foxes and crows, which are more widespread in Britain than elsewhere across Europe. Eurasian Curlew is now classed as a Priority Species in the UK and was added to the Red List in 2015. 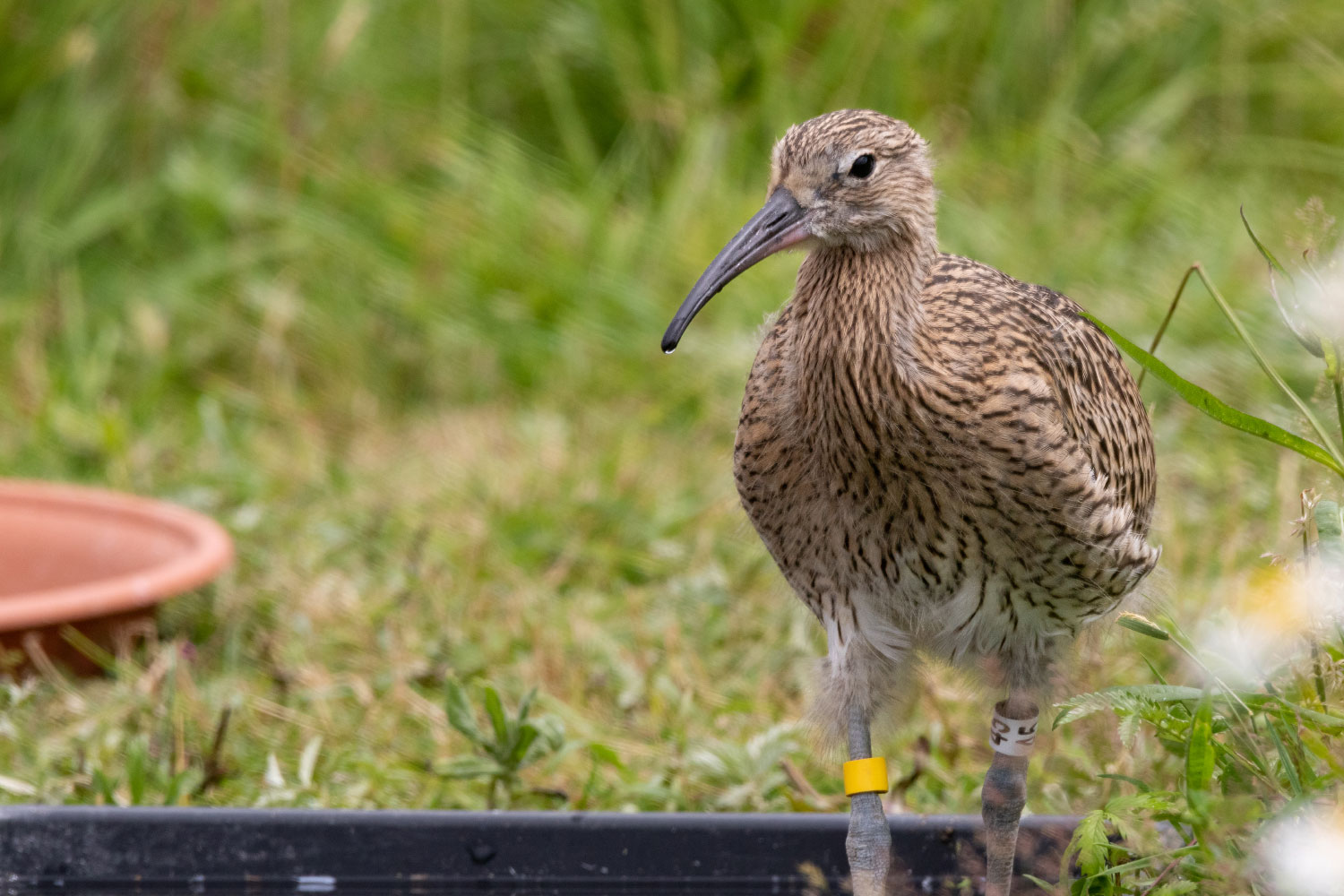 The project aims to work out how to protect Eurasian Curlews in the south-west of England and share these methods with other lowland areas where the birds are struggling.

Curlew expert and Project Officer at WWT Mike Smart added: "There is something undeniably magical about Eurasian Curlew and we want people in southern England to be able to enjoy them, their songs and their habits.

"By working with farmers to delay hay cutting, putting up electric fences to keep out predators like foxes and badgers and introducing head-started chicks, maybe we can conserve curlews here and help curlew in other lowland places like the Thames and the New Forest."

The headstarting trial is a joint effort by WWT, Natural England, the Defence Infrastructure Organisation and the RAF.