A popular Common Seal that had been entertaining visitors to the banks of the River Thames in Hammersmith, London, has had to be euthanised following a dog attack.

The seal, nicknamed 'Freddie' – after legendary Queen frontman Freddie Mercury – due to his crowd-pleasing antics, had been a regular fixture along this stretch of the Thames in recent weeks, but was attacked by a dog off a lead on Sunday [21 March] afternoon. 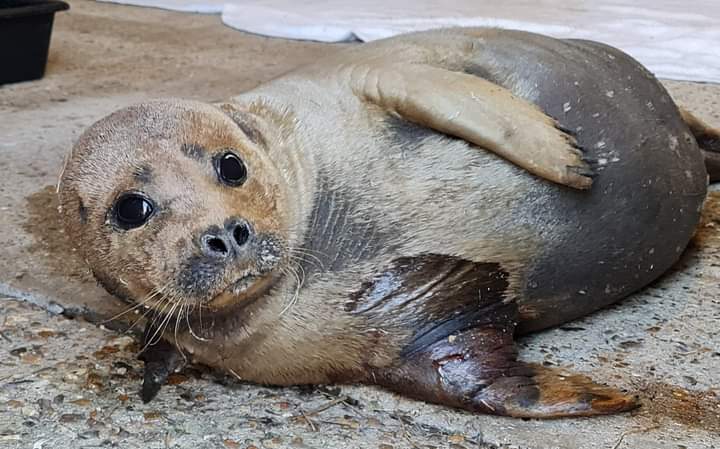 Upsetting images circulating on social media showed the young seal being bitten repeatedly by the dog, which resulted in Freddie being left with severe wounds to his left flipper.

He was taken to the South Essex Wildlife Hospital in Tilbury, but examination by vets there found his prognosis to be "extremely poor". X-rays revealed that he had suffered a broken bone, dislocation and damage to his joints, ligaments and nerves.

South Essex Wildlife Hospital said in a statement that, given the extent and nature of Freddie's injuries, euthanasia was the only option, saying they were left with no other possibility other than to "end his suffering".

To those HEROIC people who intervened (and got injured) ~THANK YOU!!!!

The British Divers Marine Life Rescue (BDMLR) confirmed that the injures "made it impossible to treat and return him to the wild".

The BDMLR statement added: "We contacted a number of marine mammal veterinarians in the UK and The Netherlands, including an orthopaedic surgeon, and sadly based on their experiences the decision is that he needed to be euthanised for his welfare.

"We would be unable to release a seal back into the wild with one flipper, if amputation was an option, as we have a firm policy on not putting animals into captivity, and the seal's welfare must be put first and foremost."

BDMLR's CEO Alan Knight commented: "We hope that his story will go a long way to helping educate people to look up and follow the appropriate guidelines for how to behave respectfully around wild animals and not cause disturbance or worse to them."