A European Herring Gull has been rescued from the A41 after being discovered covered in curry or turmeric. The bright orange bird was taken in by members of the public, before being restored to full health at Tiggywinkles Wildlife Hospital in Haddenham, Buckinghamshire.

Staff at the hospital concluded that the gull had somehow got covered in curry or turmeric, and was unable to fly properly. It was nicknamed Vinny – after the famous vindaloo curry – before being thoroughly cleaned. 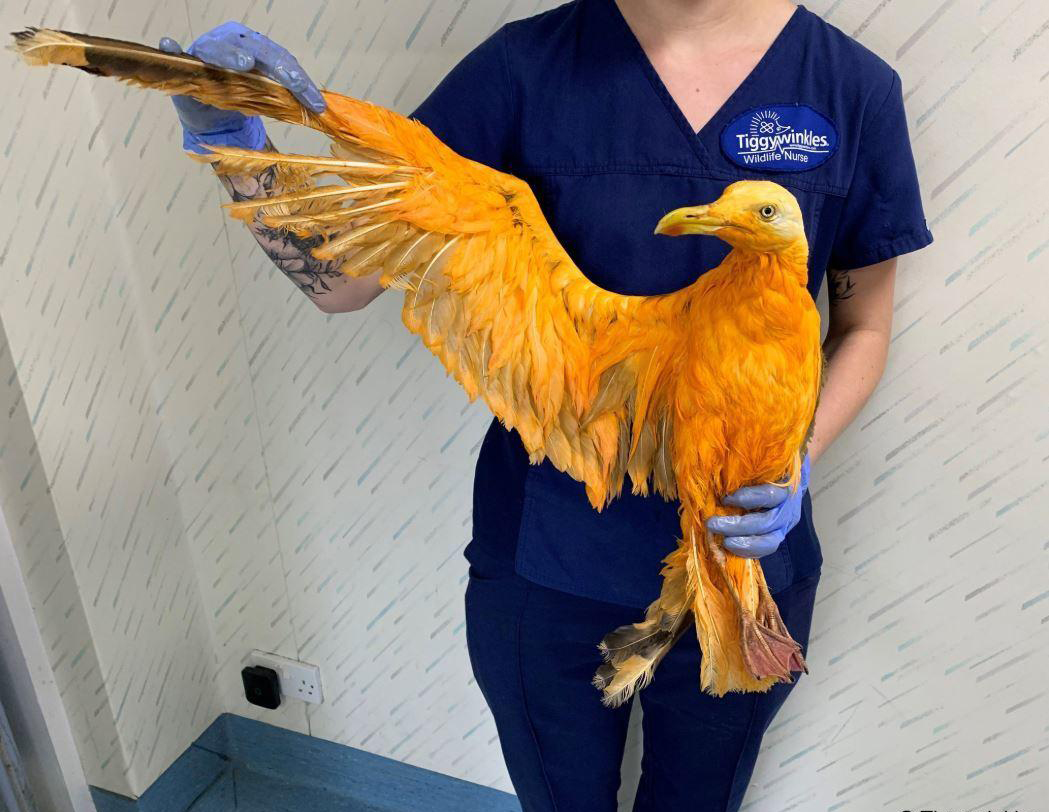 The European Herring Gull is thought to have become covered in curry or tumeric (Tiggywinkles).

Tiggywinkles staff said: "He had somehow gotten himself covered it curry or turmeric! It was all over his feathers, preventing him from flying properly. We have no idea how he got into this predicament but thankfully, apart from the vibrant colour and pungent smell, he was healthy."

It is planned that the gull will be released back into the wild soon.