A European Herring Gull which was trapped for nearly 48 hours in netting in Worcester has been rescued.

Residents raised concerns for the bird which was was seen struggling above HSBC on Broad Street on Tuesday 10 May [2022]. The injured gull was brought down by Hereford and Worcester Fire and Rescue Service crews at 3.57 pm on Thursday 12th. 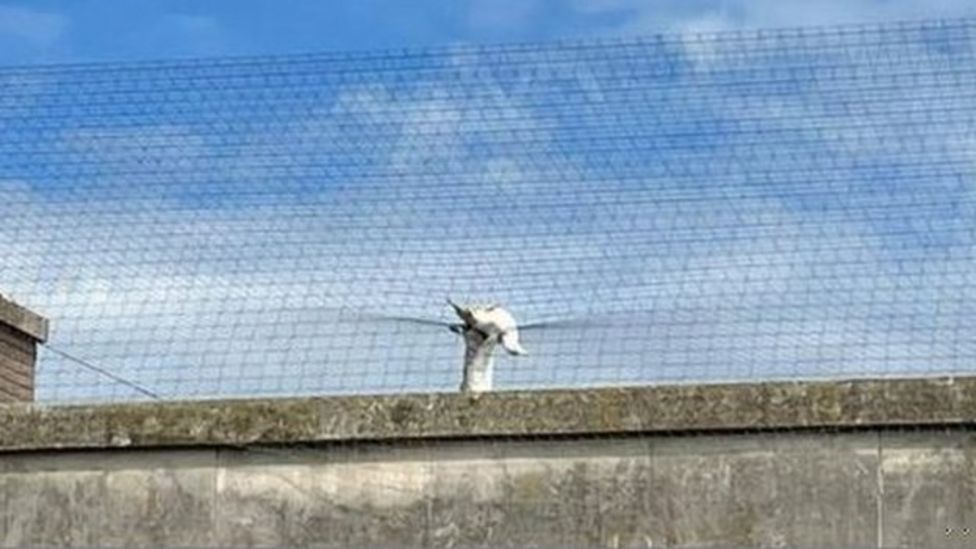 One resident, whose home looks out on to the scene, said although she appreciated the birds could be a "real nuisance" it had been "really, really awful" to see the bird trapped. Evie Button, a scientific officer with the RSPCA, said birds could cause themselves more damage by struggling to free themselves from netting.

"We get hundreds of calls each year about birds that have become trapped in netting just like this and it is really common unfortunately for it to be pigeons and gulls." She said bird-deterrent netting could be effective if maintained properly.