A Guillemot was found in the unlikely location of a Skegness bus stop, following calls from the public saying that a penguin was on the loose. 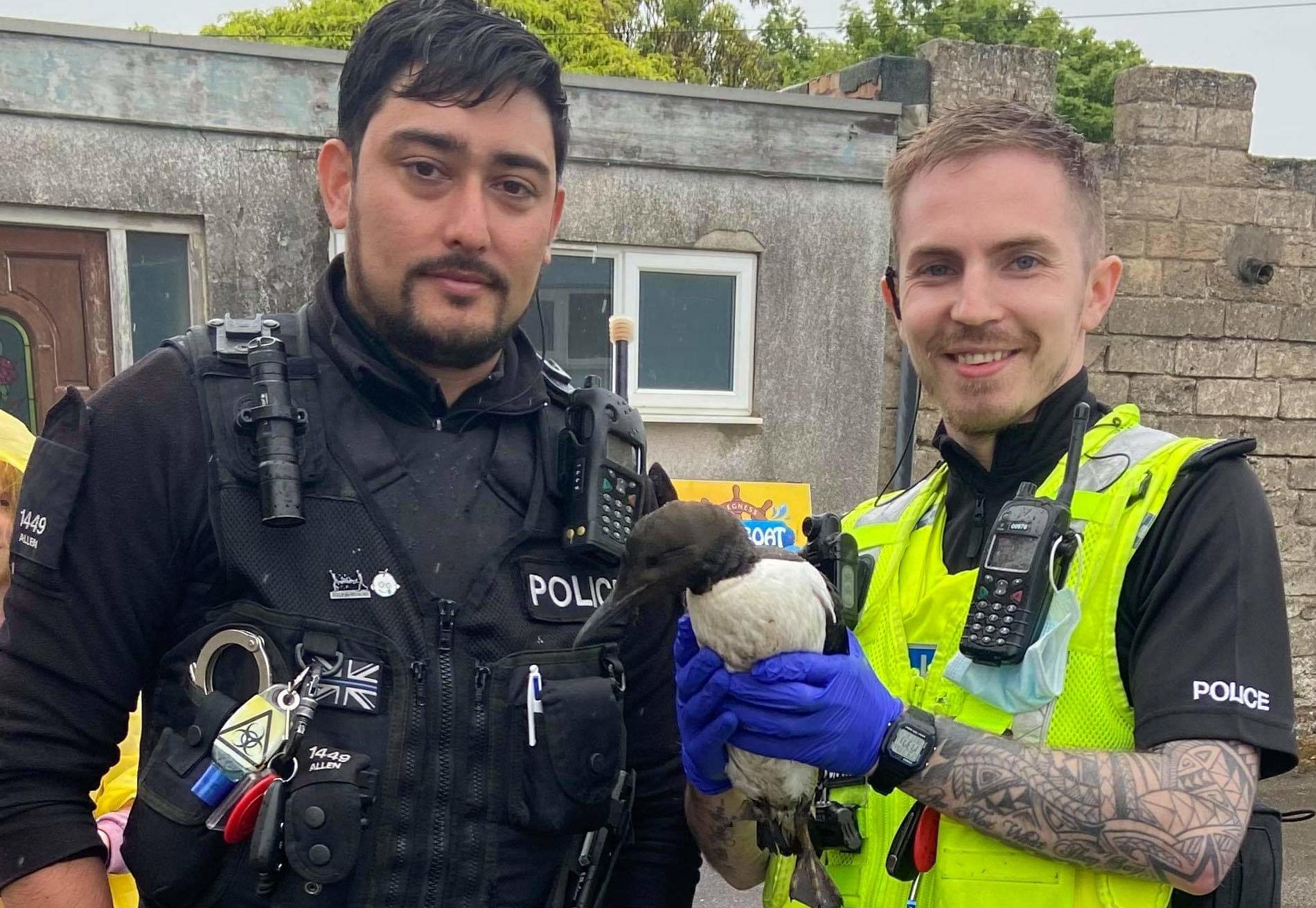 PCSO Dave Bunker said on arrival at the bus stop, which is located on North Parade in in the Lincolnshire town, coastal response officers found a guillemot "doing its best penguin impression". The bird is now safe and being cared for and is believed to now be in the care of the RSPCA.

It is understood that the black and white bird was first spotted on the sands on Chapel St Leonards at around 9 pm on Thursday 3 June. Hopefully, following recovery, it will be released back into the wild.