Grey Heron put down after flying with crossbow bolt

A Grey Heron seen flying despite a crossbow bolt injury has been put down after vets found part of its spine had been dislodged.

The bird was photographed in Woolpit in Suffolk on 23 July, with further sightings made in nearby villages. It was rescued from a garden in Woolpit and taken for treatment at an RSPCA centre. 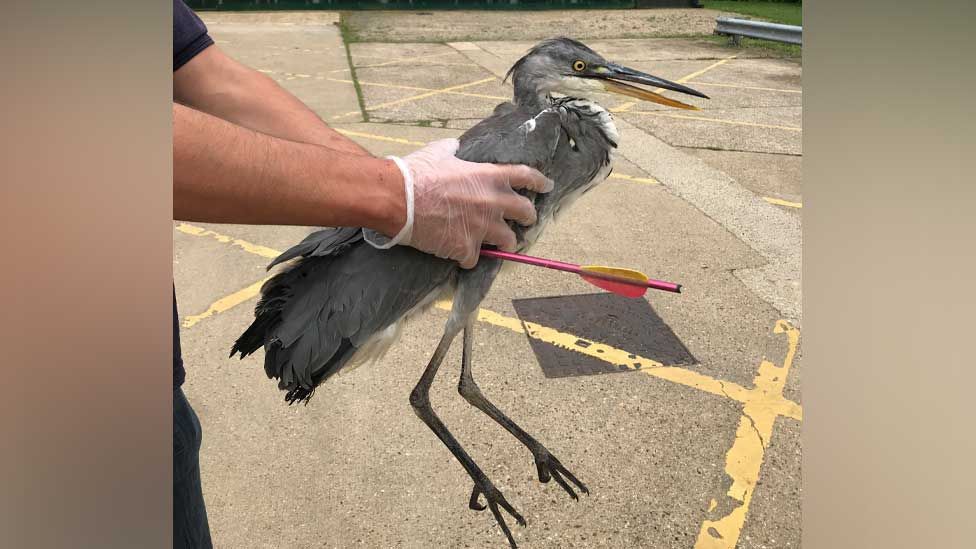 The stricken Grey Heron before it was put down (RSPCA).

An RSPCA spokeswoman said it had "been suffering for a long time". Suffolk Police is investigating. The heron was anaesthetised and X-rayed at the charity's East Winch Wildlife Centre, where vets found the projectile had gone through part of its spine behind the pelvis.

The spokeswoman said: "The bird was in a terrible state – very thin, weak and lethargic. This injury meant the bird would have been in incredible pain and unfortunately the heron was not going to recover."

The spokeswoman urged anyone with information to contact Suffolk Police.