Greenland Shark washes up in Cornwall

A Greenland Shark has washed up in Cornwall, marking an extremely rare observation of this enigmatic species on UK shores.

Found on a beach at Newlyn on the morning of 13 March by local biologist Rosie Woodroffe, the 3.5-m shark represents just the second stranding of the species ever recorded in the UK.

When Ms Woodroffe returned later in the day with a veterinary pathologist, they were disappointed to find that the tide had washed the corpse away.

However, the shark was found again on 15 March and has been removed for a post-mortem to be carried out, in order to understand how it died and what age it was. 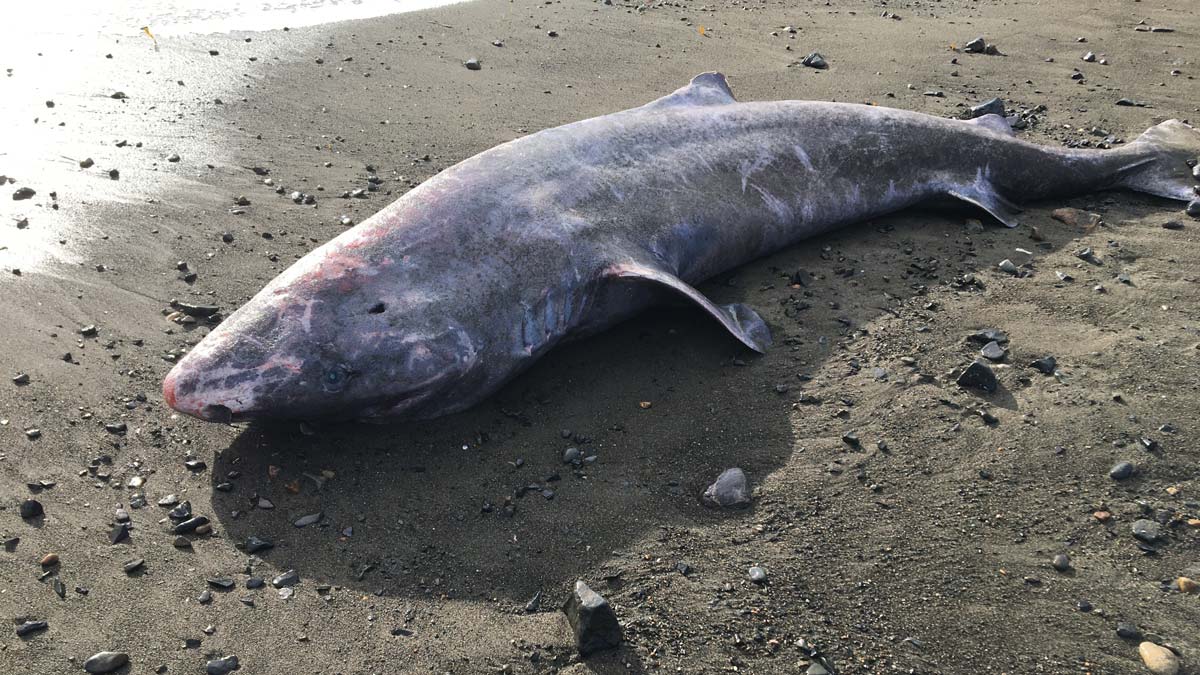 The Greenland Shark that washed up in Cornwall is just the second stranding of the species ever recorded in the UK (Rosie Woodroffe via Twitter).

It later transpired that a Greenland Shark had been observed close to shore on the isle of Ouessant, in north-west France, on 7 March, but the animal had managed to re-float there and return to sea. Comparisons of the tail pattern appear to show the same distinct notches and therefore make it the same individual involved in both sightings.

Greenland Shark is one of the world's largest shark species and has the longest known lifespan of any vertebrate, with some estimated to live up to 500 years. Its range is largely confined to the North Atlantic and Arctic Oceans, where it inhabits cold waters at depths of up to 2,200 m or more. Extraordinarily, the species is not thought to reach sexual maturity until it is 150 years old.