Great expectations for future of Thames

From the towers of commerce within the heart of London's financial district, it is possible to gaze out over one of the most wildlife-rich landscapes in Europe, extending along the Thames gateway. Today (Thursday 28th February 2013), industry leaders, senior politicians including Rt Hon Eric Pickles MP Secretary of State for Communities and Local Government, transport chiefs and conservation groups will come together at a landmark event to discuss a vision for protecting and enhancing the wildlife value of the Greater Thames. This vision to work at a landscape scale will involve enhancing existing green sites by making them bigger, better and more connected, and will maximise the potential of the Greater Thames to become an inclusive place for local wildlife, economy and community wellbeing.

The event will see partners and high-profile speakers share their thoughts on the roles that business, environment, policy and partnership will play in realising the potential of the unique Greater Thames landscape. This ambition cannot be achieved by one organization alone, and today's event marks a commitment from all sectors to secure the future of this special place. Dr Mike Clarke, the RSPB's Chief Executive, said: "Since before the time when Charles Dickens conveyed the wildness of the North Kent marshes in Great Expectations, the Thames Gateway has become an engine for economic prosperity and home to six million people. The Thames Gateway is also internationally important for wildlife, and it's our desire to enhance the region's natural capital for the benefit of people and nature. Let's not forget, a healthy economy is underpinned by a healthy environment."

The Greater Thames is an invaluable place for wildlife, hosting internationally important numbers of birds in winter, including up to 500,000 ducks, geese and wading birds. Additionally, the area is also home to one of the greatest concentrations of Water Vole in England and hosts major concentrations of nationally rare insects, such as the appropriately named Scarce Emerald Damselfly. The RSPB believes that nature in the Greater Thames faces many threats, including unsustainable development and climate change. Dr Mike Clarke added: "Without action to restore, adapt and enhance existing sites and create new ones, important wildlife could be lost from the Greater Thames within the next century." 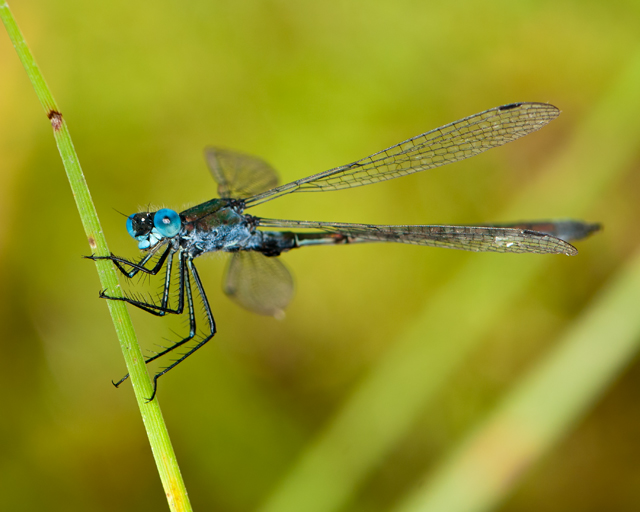 A range of partners, including the RSPB, will be working together to create:

Professor Sir John Lawton CBE FRS chaired the production of the Government-commissioned Making Space for Nature report, which examined ways to improve the fortunes for nature conservation in England. Commenting on the eve of the event, Professor Sir John Lawton said: "Wildlife in England is under threat, but it's not all bad news. The Thames has been a key part of our cultural and economic history. However, we're entering a new chapter where this region should become a model for future conservation, where development and wildlife can thrive alongside each other and where those living within the Greater Thames area can benefit from the best of both worlds. The Natural Environment White Paper lays down a challenge of creating a connected network of bigger and better sites for nature. The vision for the Thames Gateway should aspire to developing a thread of wildlife sites along the Thames stretching from Canary Wharf to Clacton and Margate."