A satellite-tagged European Honey Buzzard which hatched in Finland this summer was shot and killed in Malta earlier this month.

An investigation by the police's Environmental Protection Unit (EPU), assisted by officials from BirdLife Malta in collaboration with researchers based in Germany and Finland, managed to track the exact location of the carcass.

Ringed near Turku in south-west Finland, the bird began its journey south in mid-September, first crossing the Baltic Sea to Latvia and further migrating through Lithuania, Kaliningrad, Poland, Slovakia, Hungary, Croatia and Bosnia and Herzegovina. It then crossed the Adriatic Sea reaching the Italian peninsula and continued towards the southern part of Sicily where it stopped for a few days' rest at the forest reserve of Santo Pietro. 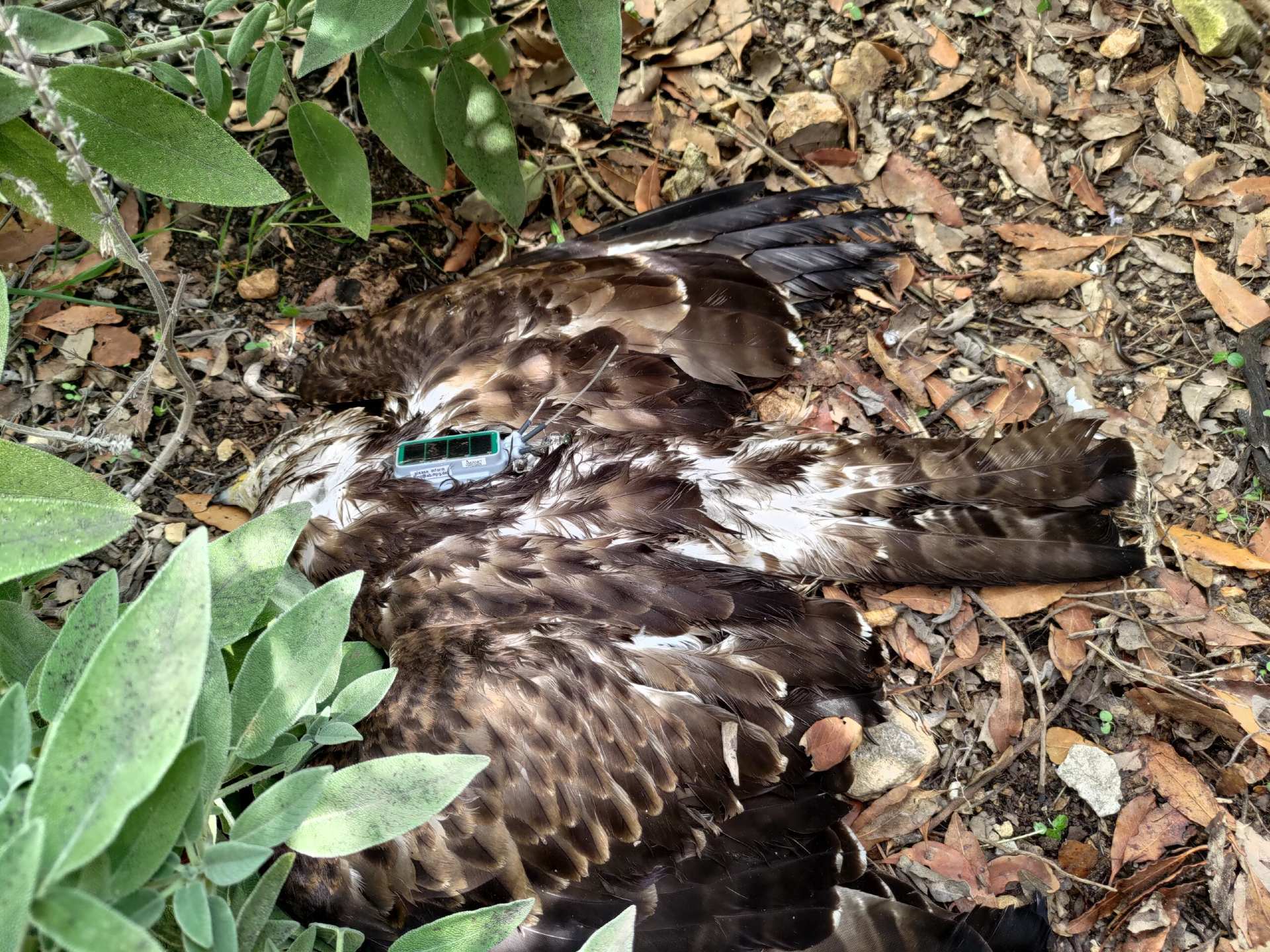 The dead juvenile European Honey Buzzard as it was found (BirdLife Malta/Nicholas Barbara).

On 8 October it left Sicily at around 11.30 am, crossing the Mediterranean and reaching Gozo around 3.30 pm, following which it headed south towards Buskett. Birders based at Buskett saw the bird at around 5 pm.

Accurate information from its GPS tracker which was shared with BirdLife Malta after contact was made with the researchers, soon led to doubts about the bird’s welfare which stopped moving over the area of Ġnien il-Kbir outside Rabat, a few hundred metres from Buskett Bird Sanctuary.

Further information about the bird's location was then shared with EPU officers, which led to its find in a private garden where the bird landed after it was shot down. A post-mortem examination by veterinarians confirmed the presence of large lead pellets in the bird's body as the cause of death.

The raptor was being GPS-tracked as part of a post-doctoral research project into the migratory behavior of European Honey Buzzards. Led by researcher Dr Elham Nourani from the Max Planck Institute of Animal Behavior and the Centre for the Advanced Study of Collective Behaviour in German, the study is following juvenile birds leaving Finland and Switzerland and whether they follow adults, each other or simply are guided by their own instinct and experiences.

A total of 25 birds from Finland were fitted with GPS trackers by researchers Patrik Byholm and Wolfgang Fiedler, with help from Teemu Honkanen and other local bird ringers, with another six birds tagged by the Swiss Ornithological Institute in Switzerland.

Commenting on the events uncovering the death of one of her subjects, project leader Dr Nourani said: "I didn't really know much about Malta until now. It's remarkable how a protected species such as the honey buzzard is still hunted illegally in a European State. All the birds we have tracked have had no issues reaching the African continent except this one in Malta, and another bird which stopped transmitting over Cyprus."