Two gulls were equipped with satellite tags on Mannar Island, in the north-west of Sri Lanka, in April 2021 by a team led by researchers Sampath Seneviratne and Gayomini Panagoda.

Both birds commenced their spring migrations that month, one (a female named 'Manike') leaving right away and the other (a male, 'Megha') some three weeks later. 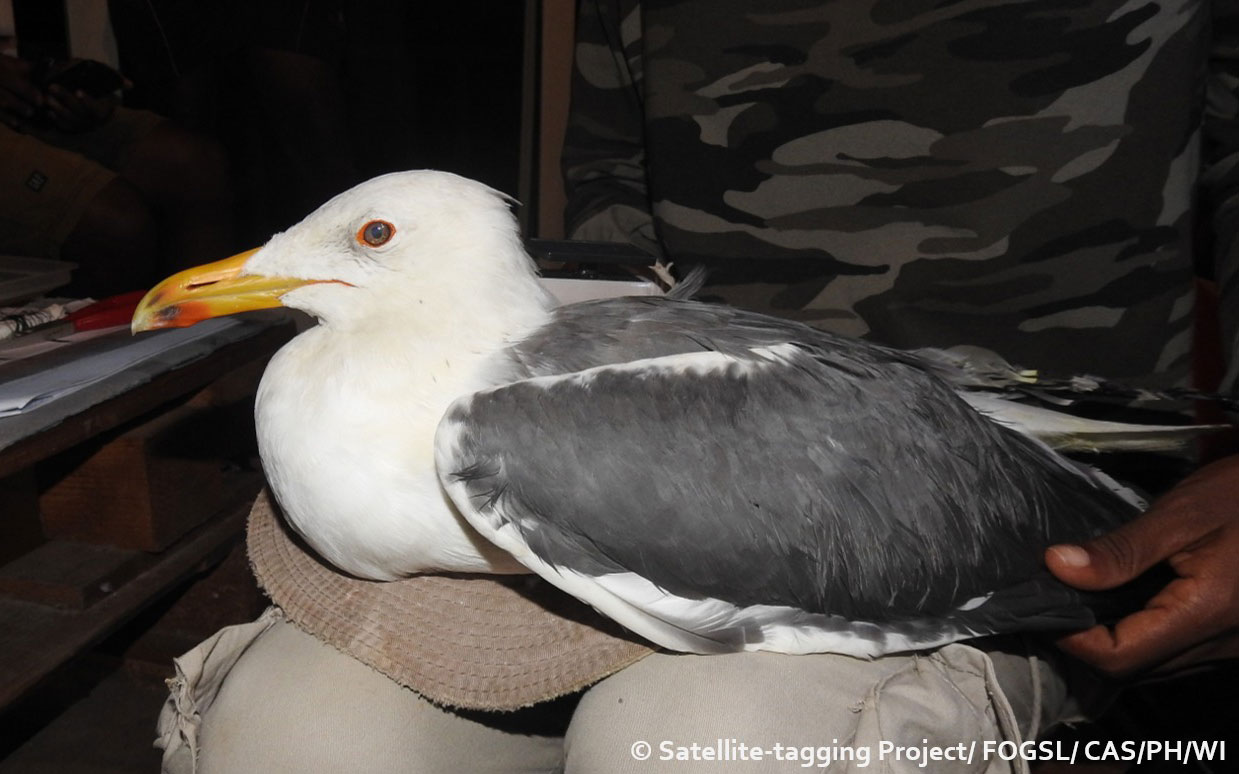 Megha was the first to reach breeding grounds on the Yamal Peninsula in Arctic Russia, arriving there in mid-May. Soon after, Manike also reached the Yamal Peninsula, albeit via a slightly different route that involved crossing the Ural Mountains into European Russia.

Both gulls spent the summer there, with Manike the first to commence autumn migration in late August. Megha, meanwhile, lingered until early October before setting off south. 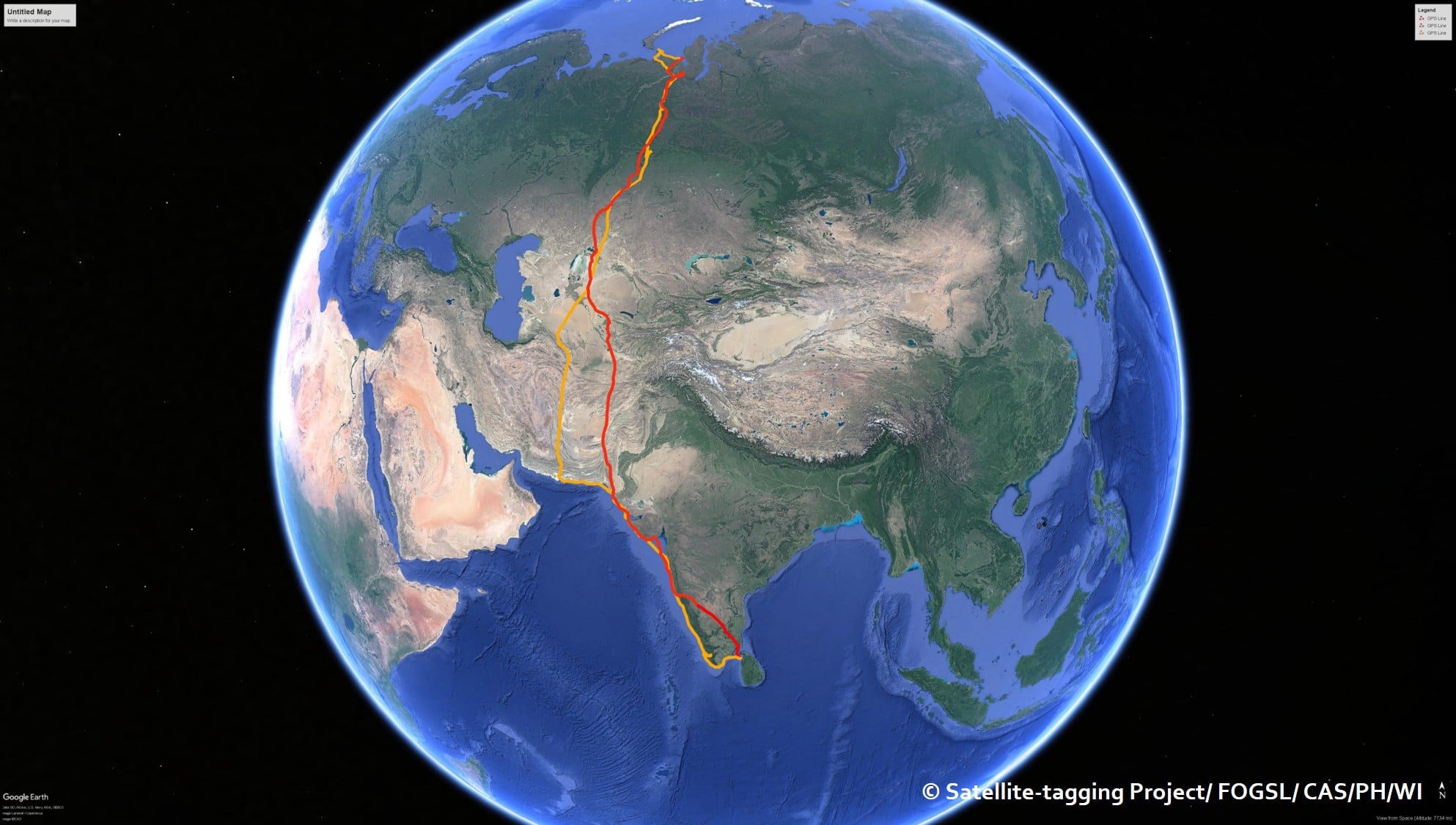 The researchers report that Megha is still on the move currently, but is in the final stages of his southward migration.

Find out more about the research at the Field Ornithology Group of Sri Lanka (FOGSL) Facebook page. FOGSL is the Sri Lankan affiliate of BirdLife International and was founded in 1976 to promote the conservation of birds and preservation of the environment in the country.