Tracking data from 63 satellite-tagged Antipodean Albatrosses has revealed crucially important data on where the species encounters the highest accidental bycatch to the fishing industry.

Antipodean Albatross breeds on islands off New Zealand, yet could be functionally extinct within two decades as a result of shockingly high levels of fisheries-related deaths.

The albatross can live in excess of 70 years, and only starts breeding from the age of 10. Even then, it only lays a single egg during each breeding attempt (usually every two years). The slow rate of reproduction makes this giant seabird highly vulnerable to human threats. In 2018 its conservation status was uplisted to Endangered on the basis that more than half of its breeding population had been lost since 2004. 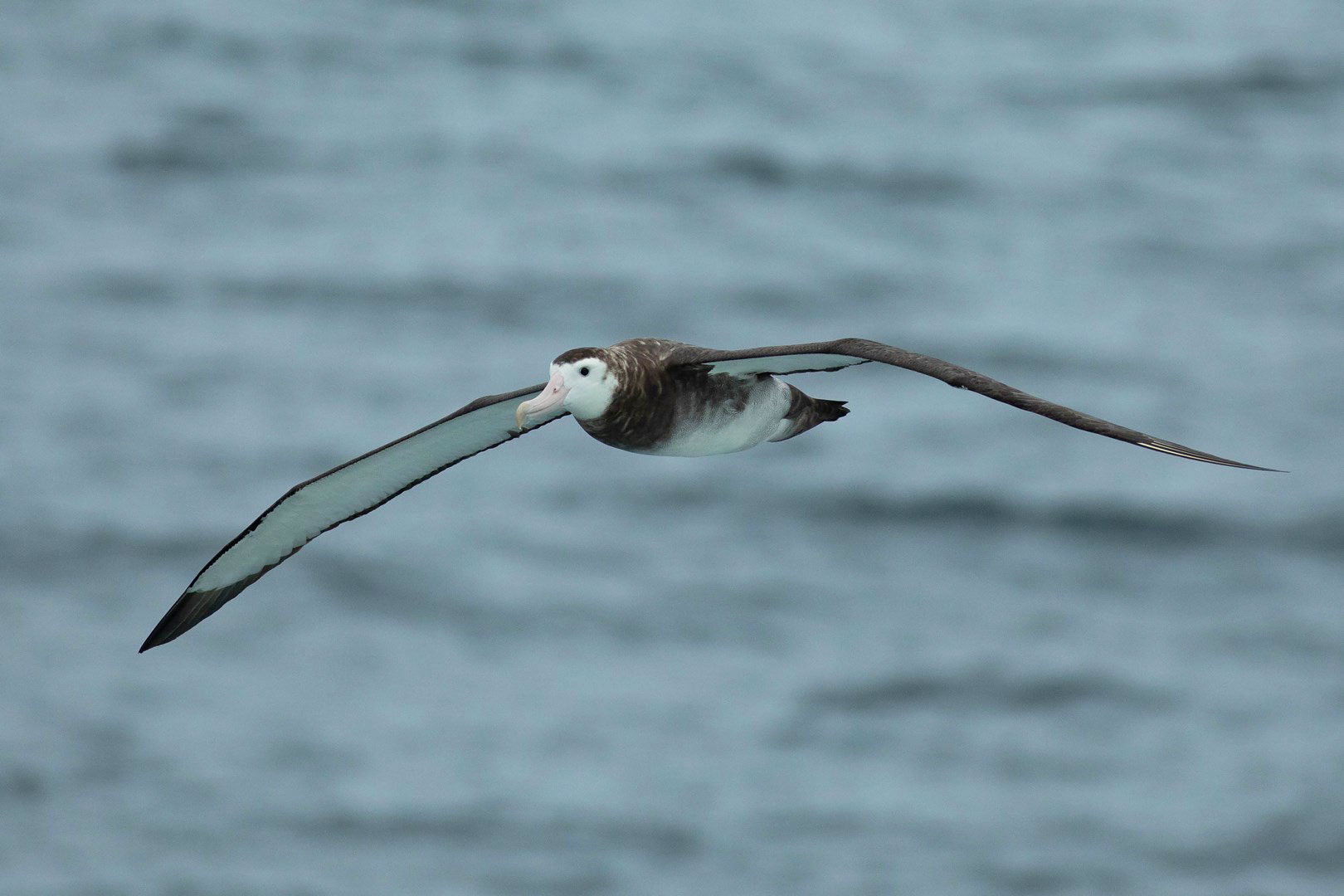 Antipodean Albatross is on a path to extinction, with rapid action required to prevent needless deaths at the hands of the fishing industry (Martyn Sidwell).

Accidental bycatch has been the main driver of the species's rapid decline. The tendency for females to forage in areas with a higher density of longline vessels makes them more susceptible to bycatch and this has impacted the remaining population: a skewed sex ratio with two males for every one female.

To explore the issue in greater detail, researchers fitted satellite transmitters to 63 Antipodean Albatrosses in 2019 and tracked them for up to 12 months. During this time, eight transmitters stopped working close to fishing vessels, and one transmitter was later recovered from a bird caught by a high seas longline vessel fishing out of American Samoa.

When researchers overlaid this tracking data with the distributions of longline fishing boats, they found that the areas of greatest overlap took place in the High Seas of the Western Pacific Ocean, particularly in the mid-Tasman Sea and to the north-east of New Zealand. When this tracking information was split by flag state, it revealed several key fishing fleets operating in areas frequented by the species, including Taiwan, Vanuatu (although vessels are likely operated by companies in Taiwan or China), New Zealand, China, and Spain.

This information is vital in informing where efforts to reduce seabird bycatch should be targeted. The New Zealand government has already been engaging the fishing industry, both nationally and through international diplomatic channels, to make sure mitigation measures (such as bird-scaring lines, weighted fishing lines, hook protection devices and setting the fishing lines at night) are being used in these high-risk areas.

They have also recently introduced regulations requiring on-board cameras on commercial vessels fishing in New Zealand's Exclusive Economic Zone to the west of North Island. These regulations will be rolled out further in 2021, and aim to increase onboard monitoring to ensure compliance with mitigation measures.

BirdLife has also started speaking to vessel owners as they enter ports across the Pacific. In Fiji, BirdLife Pacific already runs a port-based outreach program where a local Fijian is employed to talk to fishers about seabird bycatch regulations. This work has resulted in increased awareness among the crews of vessels arriving in Suva's port. They are now far better informed about their obligations under the Regional Fisheries Management Organisations, and importantly, the plight of the species.

However, without urgent action from the fishing industry, the future of Antipodean Albatross becomes increasingly precarious. Put quite simply, if this majestic species is to survive for future generations to enjoy, then needless deaths at the hands of the fishing industry must be halted immediately.