Fifteen families of Eurasian Beavers have been given a permanent 'right to remain' on the River Otter in east Devon.

The decision was made by the government following a five-year study by the Devon Wildlife Trust into beavers' impact on the local environment. The Trust called it "the most ground-breaking government decision for England's wildlife for a generation" – it's the first time an extinct native mammal has been given government backing to be reintroduced in England. 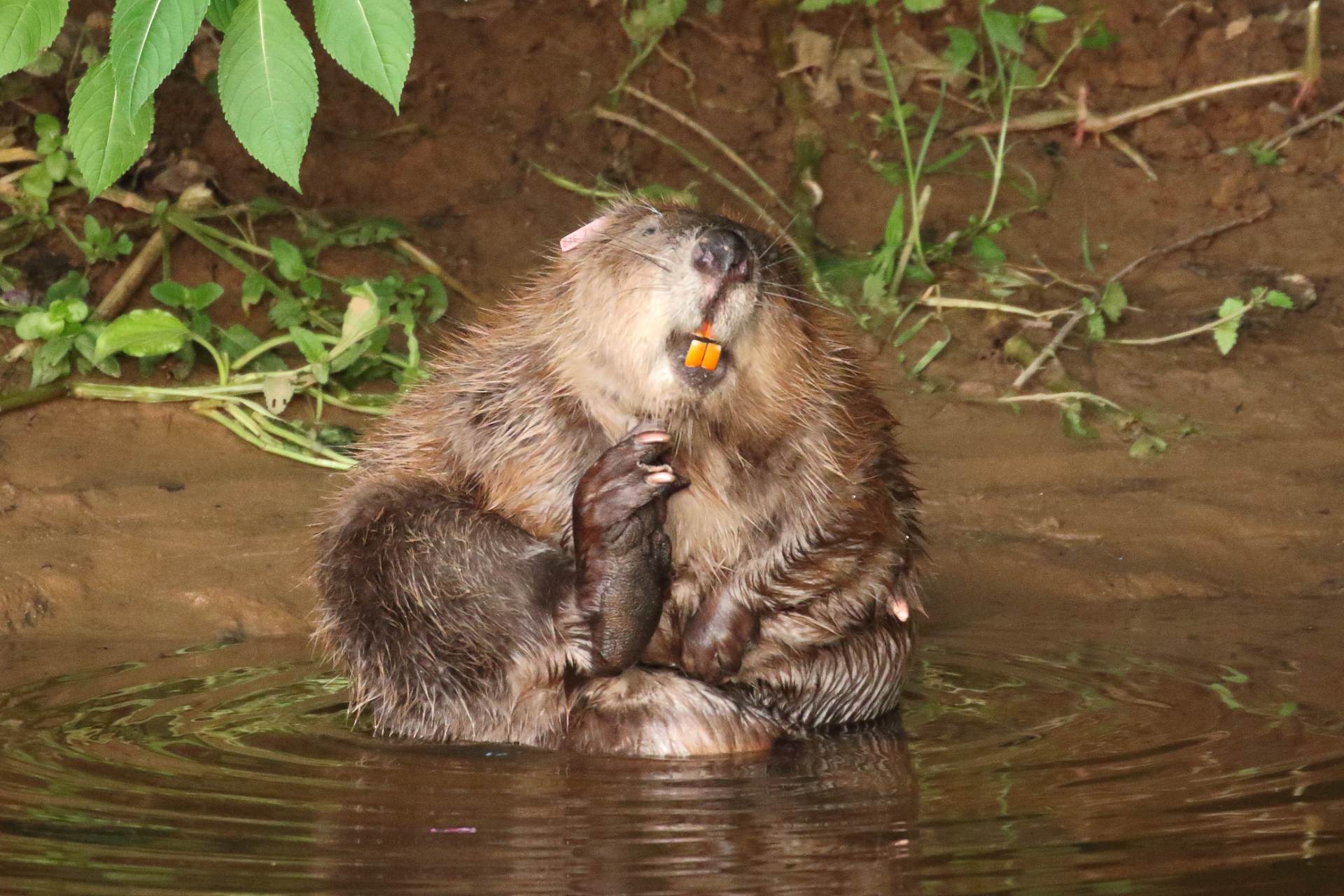 Eurasian Beavers on the River Otter in East Devon will not be removed (Mike Symes / Devon Wildlife Trust).

Environment Minister Rebecca Pow said that in the future they could be considered a "public good" and farmers and landowners would pay to have them on their land. The River Otter beaver trial showed that the animals' skill replenished and enhanced the ecology of the river catchment in East Devon. They increased the "fish biomass" and improved the water quality – this meant more food for otters and clearer and cleaner water in which species such as Common Kingfisher could flourish.

The evidence gathered by researchers during the trial helped the Department for Environment, Food and Rural Affairs to make what it called its "pioneering" decision to give the beavers the right to live, roam, and reproduce on the river. Beavers were hunted to extinction 400 years ago. In 2013 video evidence emerged of a beaver with young on the River Otter, near Ottery St Mary. It was the conclusive proof of the first wild breeding beaver population in England.

It was a mystery how they came to be there. Some suspect that theywere illegally released by wildlife activists and the beavers faced being removed. However, the Devon Wildlife Trust, working with the University of Exeter, Clinton Devon Estates, and the Derek Gow Consultancy, won a five-year licence to study them.

Now, there are at least 50 adults and kits on the river – and they are there to stay. Peter Burgess, director of conservation at DWT, said: "This is the most ground-breaking government decision for England's wildlife for a generation. Beavers are nature's engineers and have the unrivalled ability to breathe new life into our rivers."

Beavers were reintroduced to Scotland a decade ago, and last year they were made a protected species. However, farming leaders raised concerns about the dams flooding valuable agricultural land. Last year, Scottish Natural Heritage granted licences to cull around a fifth of the beaver population.

Mark Owen, head of freshwater at the Angling Trust, said: "There remain serious concerns around the impact the release of beavers could have on protected migratory fish species, such as salmon and sea trout." He said that the trust was "saddened that the minister has decided to favour an introduced species over species already present and in desperate need of more protection".