Government failing in ambition to be 'greenest ever'

The Coalition Government is failing on its own commitments to Britain's natural environment: that's the public's view, from a survey organised by Wildlife and Countryside Link (Link), a coalition of 39 leading environmental charities. Of those surveyed, fewer than a quarter (23%) think the Government is doing enough to protect our landscapes and wildlife — on land and at sea. The poll also finds that 84% of people think that the natural environment boosts their quality of life, with 81% wanting to see the natural environment and its wildlife protected at all costs. Only 17% of people agreed that this is the 'greenest government ever.'

The survey, conducted by ComRes and published on 27th November, shows that the public concurs with the arguments put forward in Link's new report, Nature Check 2012, also published today, which tracks the Government's progress since 2011 against 20 of its own major commitments to the natural environment. Nature Check 2012 finds that, while some progress has been made, the Government needs to do much more to secure a healthy and thriving natural environment. Nature Check 2012 is Link's second assessment of the Coalition Government's progress and the 'traffic-light' assessment shows the Coalition achieving 'green' on just two of its 20 commitments (protection of whales and of elephants). Of the remaining 18, the Government is failing on four (red), and making moderate, but insufficient, progress on 14 (amber). Link believes there is room for massive improvement. A number of red-flagged commitments have turned to amber in this latest assessment, but without renewed political will, leadership and concerted action on key recommendations, the Government is in danger of slipping backwards on matters of critical concern for UK quality of life. 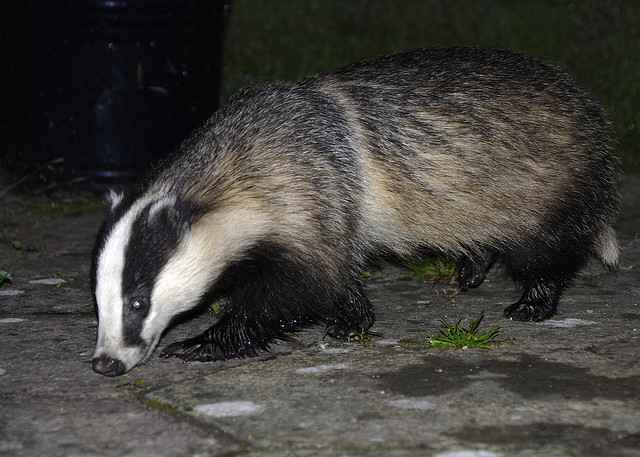 Badgers and bovine TB — on of the areas where Link feels the Government is failing (Chris P.).

The lack of action on protecting and designating marine conservation sites is a major cause for concern, as it is leading to further degradation of this precious natural habitat and the wildlife it contains. The Government's handling of badgers and bovine TB, flood management, and the use of wild animals in circuses, are also areas where Link feels the Government is failing. Dr Elaine King, Director of Link, said: "The Government is keen to demonstrate leadership on the financial crisis. But leadership from David Cameron to combat the loss of our natural capital is clearly lacking and the public feels that his Government is not doing enough to protect it. The Government lags behind public opinion on the environment, as the attempt to sell off our forests demonstrated. It needs to catch up. A healthy environment — and the public benefits it brings — is a critical part of everyone's quality of life, not an optional add-on. The Government's continued use of rhetoric that promotes growth over the environment is a worrying sign that the fragile progress made so far may not last. We want to see the Government recognise the value of nature and ensure that all departments recognise that the natural environment underpins sustainable growth. Our poll shows that only a third of the British public believe that the natural environment is less important than economic growth."

Nature Check 2012 recommends that the Prime Minister and the Deputy Prime Minister bring the Coalition Government together to achieve their ambitions for the natural environment, by using the Natural Environment White Paper, The Natural Choice, as a strategic driver for policymaking across Government. The Nature Check 2012 report will be presented to the Environment Secretary, Owen Paterson, at a parliamentary reception on 27th November. Dr King concluded: "Owen Paterson acted swiftly and positively to address the Ash Dieback crisis, and engaged well with NGOs on the issue. We look forward to welcoming more positive action of this kind from Mr Paterson. The next crisis in his in-tray is the loss of farmland wildlife and we need his determination to find ways of increasing the vital funding for farmers to put nature back into our countryside."