House Mice have been driving decreases in the seabird populations on Gough Island over the last few decades, taking eggs, young and even attacking adult birds when the rodent's population reached particularly high levels. This led to a collaborative attempt to eradicate all of the mice on the South Atlantic island in 2021, with baiting completed by August.

Hopes of success were initially high, but a single mouse was found by the monitoring team three months after the operation ended, and numbers had increased by the end of summer 2022. 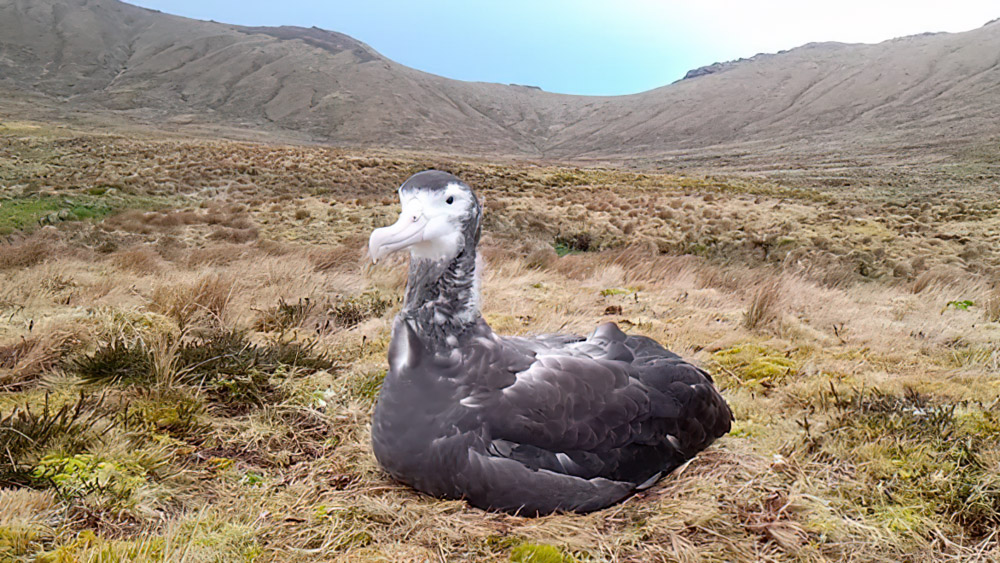 However, the eradication attempt seems to have given nesting seabirds a much-needed break from unchecked numbers of mice. Among winter breeders, MacGillivray's Prion (split this year from Salvin's Prion) breeding success leaped from an average of 6% to 82%, and Atlantic Petrel doubled the fortunes of the previous year, with a 63% success rate for this Endangered species.

Gough Island holds almost the entire world population of the Critically Endangered Tristan Albatross, so a 76% breeding success after a mouse-infested average of 32%  was very welcome. More than 1,000 chicks fledged for the first time this century. This took the species above the threshold necessary for the population to sustain itself for the first time since records began. Grey Petrel, a Near Threatened species for which Gough Island is also hugely important, enjoyed a similiar change of fortune.

Although not all mice were removed from the island, there was no evidence of predation by mice in 2022 and the near-eradication has clearly demonstrated what is possible at this World Heritage Site.

The seabirds of Gough Island are safe for now, while mouse numbers are low enough that they don't deplete primary food sources and turn to nesting birds, but the RSPB says this situation will not hold and a return to the island to finish the job will be necessary at some point.