North Yorkshire Police is appealing for information about an incident in which a Northern Goshawk appeared to be killed after becoming caught in a trap in the North York Moors National Park.

Video footage, which was passed on to the police, shows the bird becoming caught in the cage trap in the early hours of 2 May. Shortly afterwards, an individual with their face obscured is seen entering the trap and appears to deliberately kill the bird before removing the body in a bag. 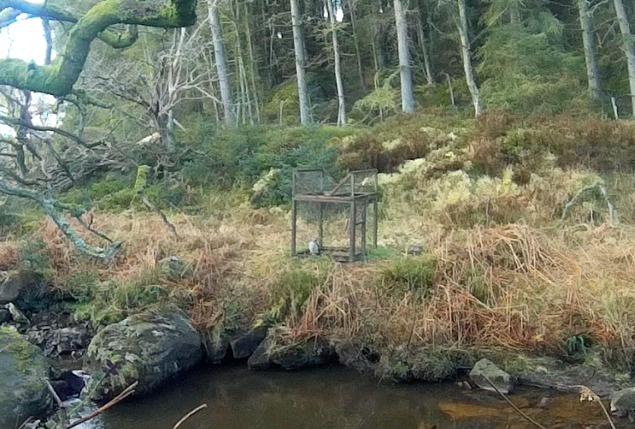 The trap was located on Howl Dale Moor near Goathland in the North York Moors National Park. North Yorkshire Police Wildlife Crime Officer, Jeremy Walmsley, is urging anyone with information to come forward. He said: "Northern Goshawk is one of the most protected species of bird in the UK and it is extremely distressing that an individual would choose to kill any bird of prey.

"I appeal to anyone with information about this horrific crime to get in touch with the police and help us to find the person responsible for the death of this magnificent bird. We see far too many incidents of birds of prey killed or injured in North Yorkshire and as a police force we are doing all we can to put a stop to this inhumane and callous crime."

Andy Wilson, Chief Executive of the North York Moors National Park Authority, added: "We are deeply saddened to hear about this incident. Goshawks were persecuted to extinction in the UK in the late 19th century and, despite an improvement in numbers, persecution and habitat loss remain a constant threat to their survival.

"Killing or injuring a bird of prey is illegal, cruel and must be prosecuted wherever possible. We are working alongside the police to support them in their investigations and we would strongly urge any witnesses or anyone who has any information to come forward. With your help the offender(s) can be brought to justice."