A European Eel has been recorded leaving Gloucestershire wetlands to begin its epic voyage to the Sargasso Sea, in the Caribbean, completing the final chapter of its life.

The fish's movements were caught by an acoustic camera which creates images out of sound. The device was placed at a sluice gate on WWT Slimbridge's reserve to help scientists monitor the activity of eels which live out their lives in the wetlands of the Severn Vale until they navigate to their breeding grounds in the North Atlantic Ocean. 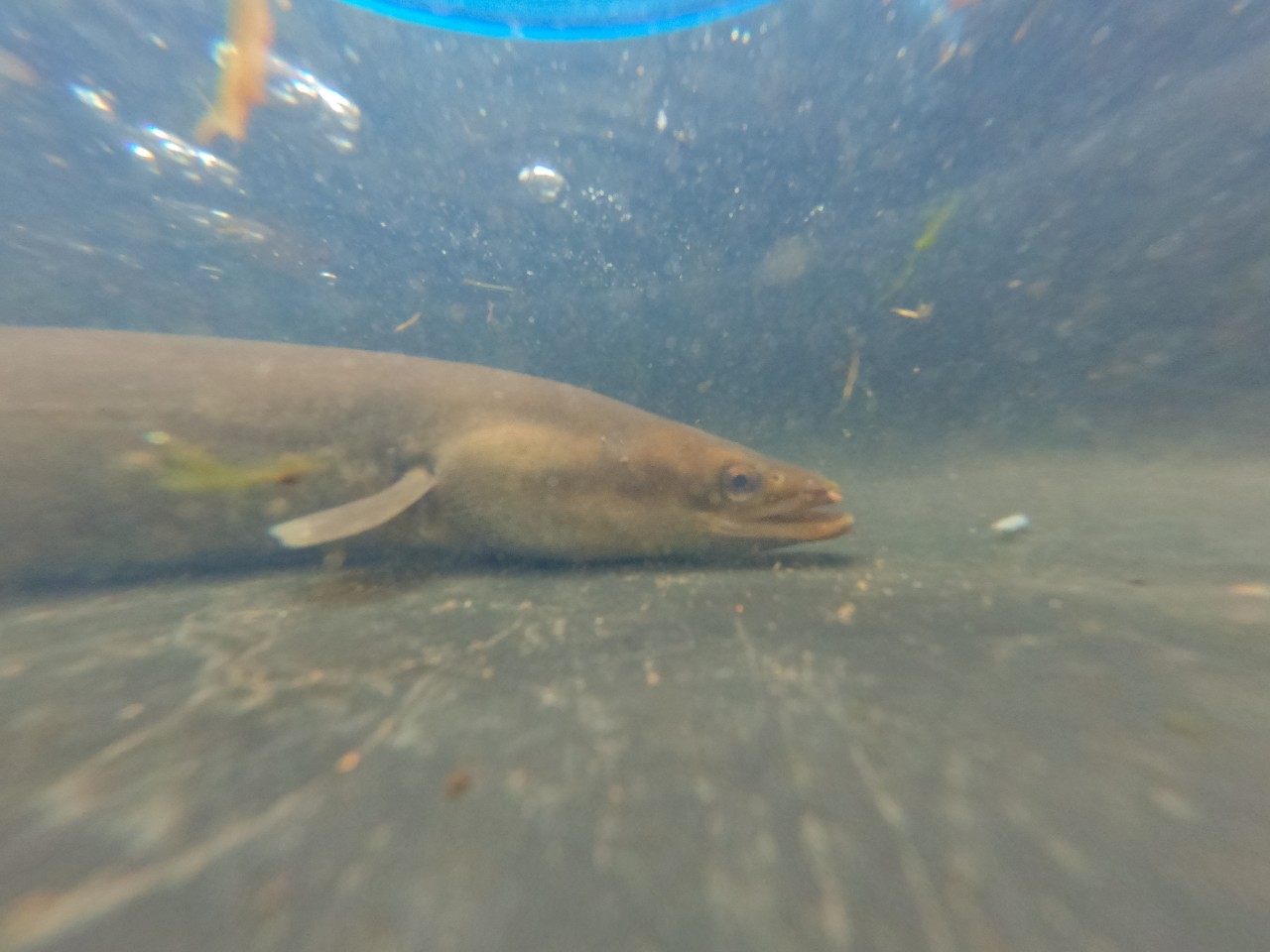 A total of six mature female eels, which were tagged at the reserve in the summer of 2019, have also been recorded leaving the site via a remote microchip reader that was installed by the sluice opening. Microchip readers pick up the signal of each tag which is specific to the individual eel.

Emma Hutchins, WWT's Head of Reserves Management, said: "Once eels mature in the freshwater wetlands off the Seven Estuary they must be able to swim back to the Sargasso Sea and breed to complete their life cycle – so it's fantastic to know that the eels can navigate their way back out of our wetlands.

"Worldwide, eel numbers have plunged dramatically in recent years as much of their wetland habitats have been destroyed or degraded and access into these wetlands has been reduced or prevented by man-made structures such as pumps and weirs."

Slimbridge is situated on the banks of the Severn, a key ecosystem for the eels. The mature eels were likely triggered to begin their migration by high water flows brought on by the recent wet weather, and the combination of a small moon and cloudy skies creating the perfect cover of darkness.

Conservationists at WWT began microchipping eels in 2018, in a similar way people would microchip pets, to better understand their actions. This study is part of a broader eel conservation project being undertaken by WWT in partnership with Bristol Water to help save this globally critically endangered species.

The number of European eels across the continent have dropped by as much as 95% in the past 25 years. For reasons still unclear, eels must travel thousands of miles across the Atlantic to the Sargasso Sea to breed.

Their young drift back to Europe, where millions end up in the Severn to mature in freshwater. These eels typically live out their lives in the wetlands off the Severn Vale before returning to where their lives began. The loss of these habitats have contributed to their decline.

As part of a push to protect and conserve their numbers, new eel passes and eel-friendly pumps are also being fitted around the reserve to improve accessibility. A new wetland treatment system has also been installed to boost the quality of the water.