A major new multimedia art exhibition will open in London this November, aiming to throw light on the increasing loss of bird species across the world. More than 80 contemporary artists, sculptors, musicians, writers and poets will come together for Ghosts of Gone Birds, which will run from 2nd to 23rd November 2011 at the Rochelle School, Shoreditch, east London. Each artist has been asked to choose a different extinct species, producing a new piece of art inspired by the bird and celebrating its life. Many of the contributing artists are producing their work now but among the selections already made are Jamie Hewlett — the Hawaiian Crow; Rob Ryan — the Stephen's Island Wren; Ralph Steadman — the Pallas's Cormorant, Dodo and Liverpool Pigeon; Harriet Mead — King Island Emu; and Greg Poole — the Jamaican Red Macaw. 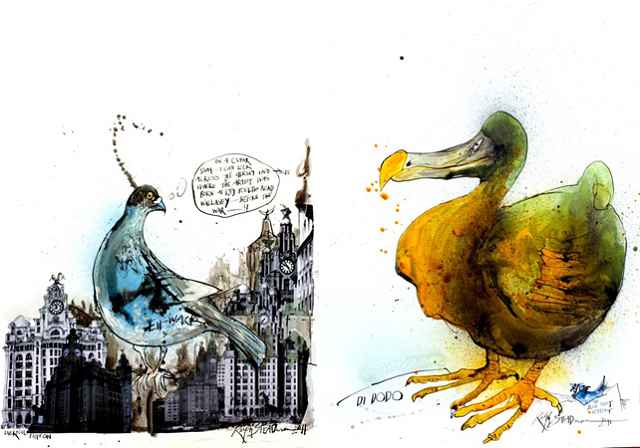 Ghosts of Gone Birds aims to raise awareness of the need for bird conservation and to raise funds for BirdLife International's Preventing Extinction Programme to prevent further losses. The natural rate of bird extinction is one bird each century but in the last thirty years alone, 21 species have disappeared. At present, 190 are classified as Critically Endangered and, without immediate action, many will not be here in ten years' time. One clear example is the albatross family, which is fast becoming the most threatened family of birds in the world, dying at a rate of around one every five minutes. In fact, they are disappearing at a rate faster than they can actually breed—so 18 out of the 22 species of albatross are now facing global extinction. 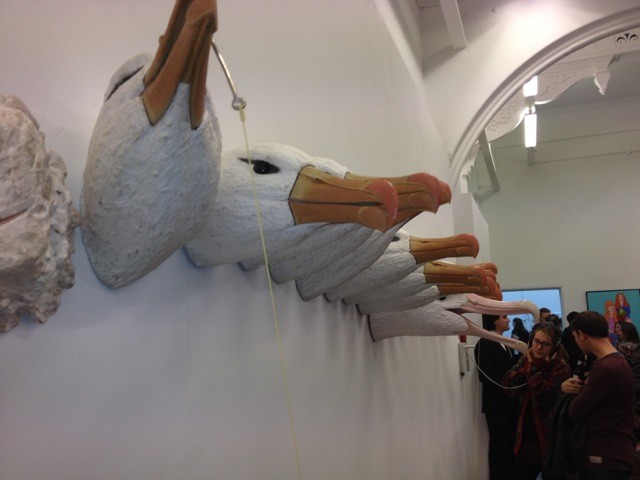 Ghosts of Gone Birds has been created by filmmaker Ceri Levy, best known for his documentary film Bananaz about the band Gorillaz, and creative director Chris Aldhous, of consultancy Goodpilot. Ceri Levy said, "We're aiming to raise a creative army for conservation and it's fair to say that we have been floored by the response of the artists we've asked to create new work for us. To have the likes of Sir Peter Blake, Ralph Steadman, and Margaret Atwood producing new work for the exhibition is a clear illustration of the enthusiasm and support that exists for the cause. The project is reaching out to involve new audiences in conversations about conservation through their collective interest in contemporary art, music and poetry. We want to get people thinking about the diverse range of birds that have already been lost to extinction and introduce them to the work of BirdLife International."

Margaret Atwood said, "To find so many creative people engaged with the subject of birds and the threat of extinction that faces so many of them today, is truly inspiring. This magnificent show will reconnect us to the natural world, teach us about our past, and fuel our interest in saving what we are losing daily. See the show, love the show, add to the show, and learn how to help." 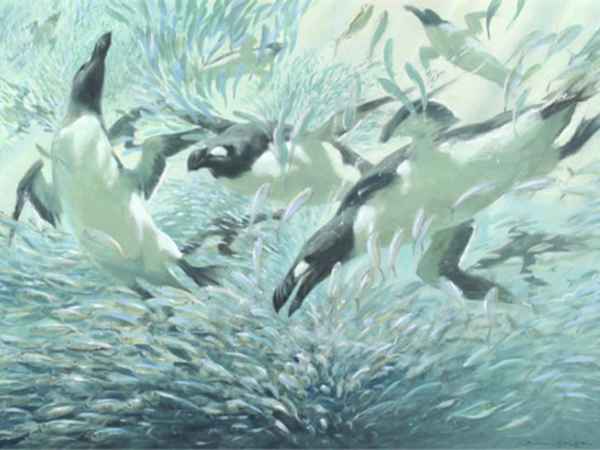 Fiona Barclay, Managing Director of BirdGuides attended the packed launch event last night [1st November]. She said: "This is a wonderful and fascinating exhibition in its own right. The artworks are varied and edgy, and well worth exploring in depth. Add to that the strong conservation message and fund-raising aspect and this is a must-see event. Anyone with an interest in conservation will find it fascinating and worthwhile to visit."

Among the issues to be highlighted by the project include the thousands of uninsulated electricity pylons that continue to kill birds across Europe, and the unprotected flyways that see rare birds being picked off by shooting parties as they migrate. Dr. Marco Lambertini, Chief Executive of BirdLife International, said, "In modern times, species are going extinct at least a thousand times the natural background rate. Many more are so threatened that they are on the verge of disappearing and urgent action is needed. Ghosts of Gone Birds is a provocative new way to reach out and inspire a wide audience about today's extinction crisis and mobilise action to rescue the species at risk today. There is still hope and the BirdLife Partnership has shown that, with the right resources and targeted action, species can be saved. Please join BirdLife and help us in the fight to stop any of the magnificent species threatened today from joining the Ghosts of Gone Birds."

Artwork from Ghosts of Gone Birds has already acted as inspiration for Tristan Reid's Giving My Right Arm campaign; a series of tattoos aimed at raising money and awareness for Doga Dernegi, Turkey's designated BirdLife Partner. Tristan chose Ralph Steadman's Bald Ibis as the template for his tattoo depicting this Critically Endangered species, hanging on by a toe-hold in at a worryingly small number of locations in Morocco, Turkey and Syria. 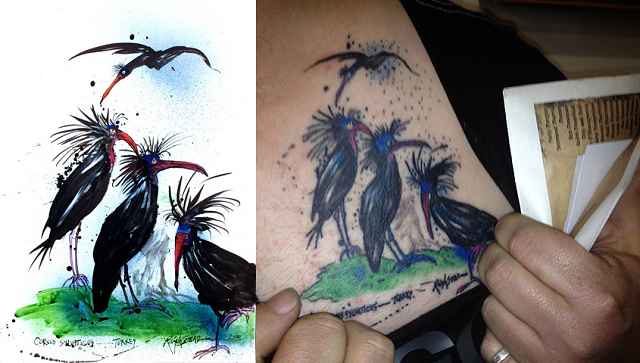 To mark the exhibition, Jimi Goodwin from the band Doves will perform his soundtrack to Ceri Levy's forthcoming film The Bird Effect in a nearby venue during the run of the show. Among other special events will be live readings and discussion with Margaret Atwood, artists working on pieces in the exhibition galleries and limited-edition artwork prints being produced by Jealous Print Studio onsite for purchase by visitors. Ghosts of Gone Birds will continue to grow beyond the London exhibition to become an international touring show funding frontline conservation and bird-protection projects run by BirdLife International.