Getting angry about endangered birds

The Angry Birds team has joined with BirdLife International in a unique campaign to protect real-life birds in the South Pacific. Like their counterparts in the computer game, Pacific birds are threatened by introduced predators eating their eggs and pushing them to the verge of extinction.

Rovio Entertainment Ltd, who own and promote the game, are releasing Angry Birds Seasons on 30 April and simultaneously announced that they are taking up the fight with BirdLife International to save the most threatened birds of the Pacific from extinction. The new release will allow gamers to explore the story behind real birds in the Pacific and support their struggle against non-native predators.

"With more than 2.8 billion downloads of Angry Birds our fans worldwide know only too well the story of the Angry Birds' mission to protect their eggs from their mischievous nemesis, the piggies," said Sami Lahtinen, SVP Games at Rovio Entertainment. "It is great to be able to reflect this story with a real life situation that helps BirdLife protect and restore bird populations in the Pacific. It's really sobering to realise that some of the species to be saved by BirdLife have populations lower than the number of staff working at Rovio Entertainment."

The introduction by humans of non-native species — often referred to by experts as "alien invasives" — such as rats, has caused the extinction of half of all bird species in the Pacific since 1600. This tragedy continues with another 81 species still threatened with extinction today. 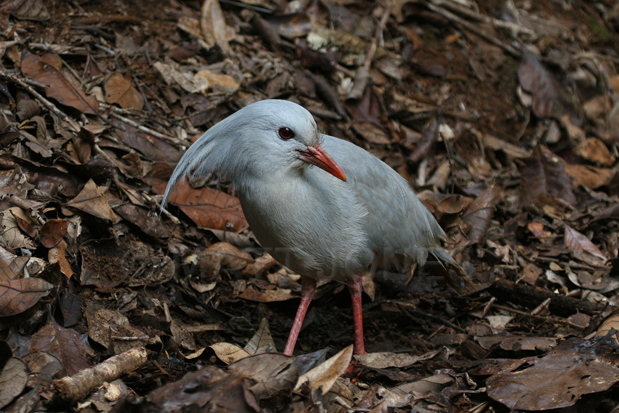 BirdLife and its Partners have restored more than 30 islands in five Pacific countries (the Cook Islands, Fiji, French Polynesia, New Caledonia and Palau) to save their bird populations and other biodiversity. Now, with the support from Rovio, crowdsourcing and the 'positive impact platform' kriticalmass, BirdLife is looking to raise $150,000 for island restoration in French Polynesia and additional support for its longer-term plans to save species from extinction across the Pacific.

The work in French Polynesia will target islands with populations of Critically Endangered birds. Species like Polynesian Ground-dove, which has a population of fewer than 100 remaining, will be given a lifeline for a better chance of survival.

"Over the past decade BirdLife International has become expert at removing non-native predators from Pacific islands," said Patricia Zurita, BirdLife's Chief Executive. "With more funding we can make a huge difference to more tropical islands and restore them back to their original paradise and help the local bird populations and other species thrive. They impact local communities who have benefited from better crop yields when non-native predators are removed."

"Introduced species have been the primary driver of documented bird extinctions. They are implicated in the decline of more than half of all threatened bird species. In the Angry Birds Season Tropical Paradise update, gamers will have the chance to learn about the perils of real-life birds in the Pacific and support our work that ensures their survival."

Just like in the game, Rovio and BirdLife are turning to the crowd to help defeat the predators that are stealing the bird eggs and threatening their existence. On www.kriticalmass.com/p/savepacificbirds users can not only hear and share the story but also volunteer, donate money or buy rewards to help save the birds in the Pacific.