A German-tagged Red Kite has been released back into the wild after being found stunned beside a road in Hampshire.

The kite was discovered near Lasham by a member of the public. They took the bird to HART Wildlife Rescue which cared for it until it was well enough to be freed. The charity said it was the first Red Kite from Germany to be found in the UK for 32 years. 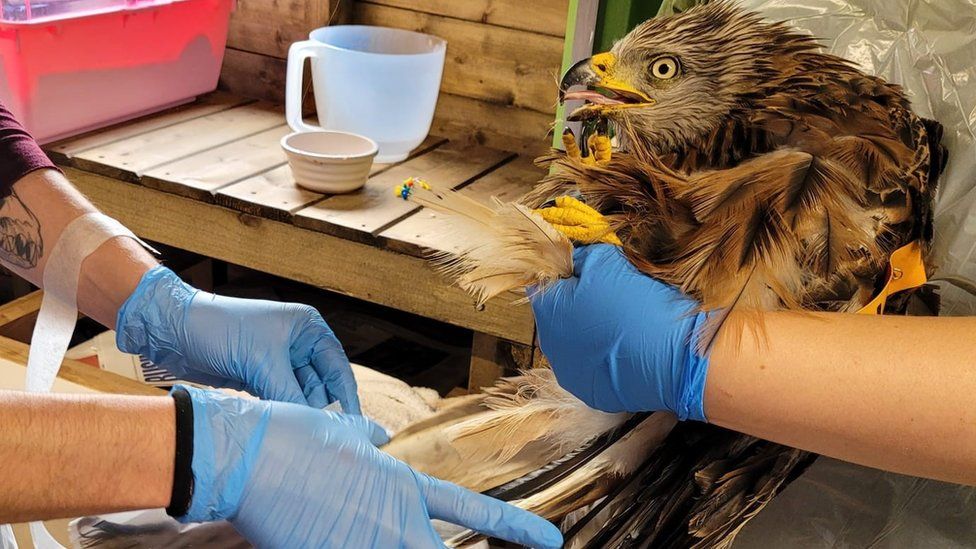 The Red Kite was found in Lasham by a member of the public, having flown 931 km from Germany (HART Wildlife Rescue).

A spokesperson said that on arrival at the rescue centre's headquarters in Alton last week, the bird was "clearly stunned but uninjured". Staff realised the ring on the bird's leg was from a German ringing project and reported it via the BTO website. The German organisation contacted the charity the next day.

The bird was identified in Germany as a nestling on 17 June 2019 at a lake called Bützower See. It had since flown 931 km before ending up in trouble in Hampshire, the charity said.

Paul Reynolds, manager of HART Wildlife Rescue, explained: "When the Red Kite arrived it was a little bit dazed and confused, but otherwise in good condition." Staff believed the bird had been clipped by a car or glanced over a windscreen.

The Red Kite spent a couple of days in the charity's hospital and was then released into one of its flight aviaries, where it flew and was "eating and doing all the things we wanted it to do", Mr Reynolds said.

A spokesperson added: "We were happy for him to be released from a hill adjacent to where he was originally found. He was so keen to fly off that we hadn't even put him on the ground before he leapt from our hands and flew off to continue his life."

Mr Reynolds said it was unusual for a Red Kite to fly all the way to the UK from Germany, being one of only seven recorded cases. 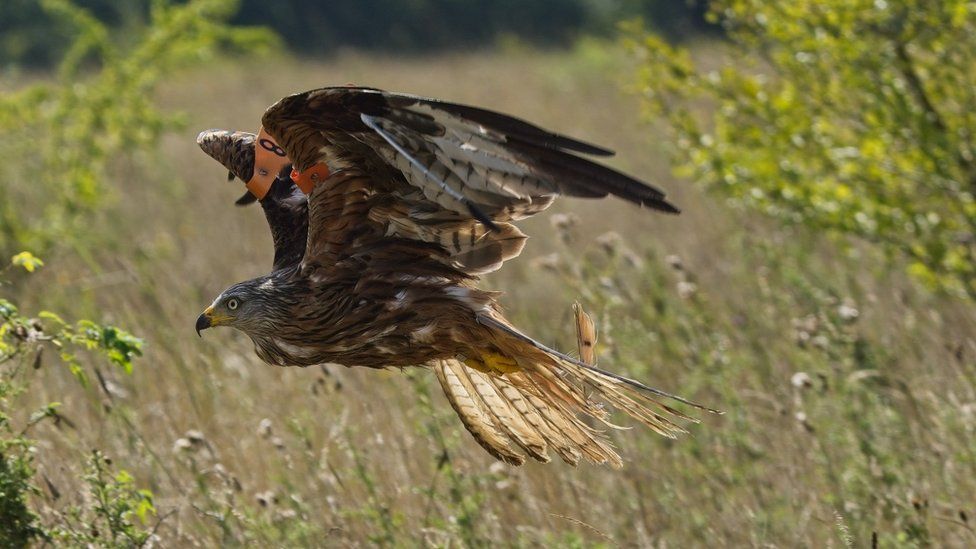 Fighting fit and on the wing, the Red Kite was flying and self-feeding after a few days of care (Paul Speller).